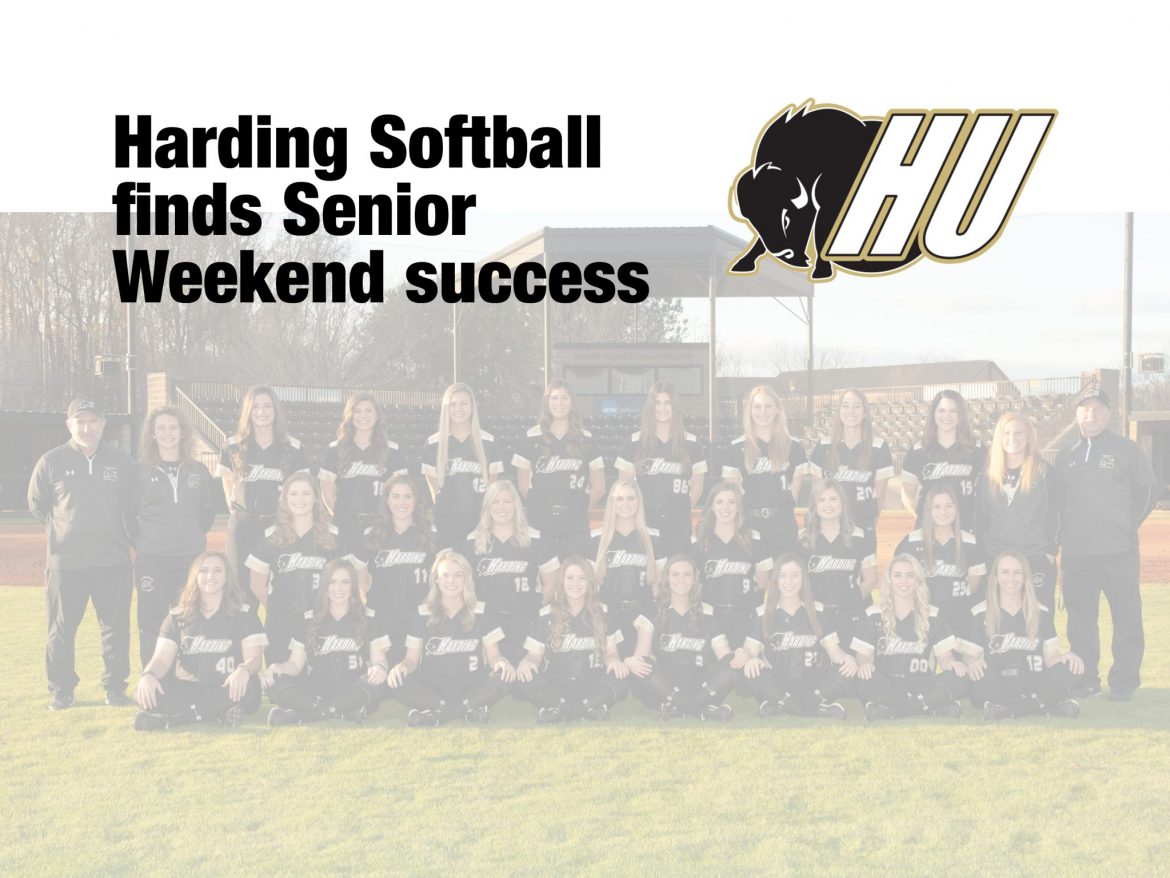 Harding beat the Tigers in a 7-0 shutout in the first game by taking advantage of seven OBU errors.

The Lady Bisons took a strong lead in the second inning by scoring five runs on only two hits. They capitalized on five errors by the Tigers in the inning. Harding scored two more runs in the third inning on three hits and one error.

Harding’s offensive production was not only seen on the scoreline. Despite scoring seven runs, the Lady Bisons left a total of eight runners on the bases. OBU stranded six.

The Tigers struggled to get anything going in the first game. Freshman starting pitcher Jenna Hipp struck out a season-high eight batters in her ninth complete game.

Legget also singled in three runs and scored two runs for the Bisons.

Hipp attributed a lot of her success to the Lady Bisons defensive effort.

“Hannah made a bunch of really good plays,” Hipp said. “Madison, I remember, made a good diving catch, and Briley, of course, she threw someone out and just framed everything great and just helped me out a lot…I thought the first game we did really good.”

The win clinched the series for the Lady Bisons.

“We felt good coming into the first game,” Feringa said. “Jenna pitched great; we had some people step up in some big moments.”

Harding fell in game two of the doubleheader against OBU 4-3 in the final home game of the season.

The Lady Bisons allowed a run in each of the first two innings. Senior pitcher Amanda Berry got the start for Harding. Berry has struggled through some injuries this season, but she was excited to play one final home game.

“I’ll carry them [all the memories] with me forever,” Berry said. “All the things I’ve learned here, I’ll take with me. The biggest thing I’ve learned through this is perseverance. Softball is such a game of failure. It can be really really hard at times, but finding a way to fight through all of that is something that I know I’ll be able to apply to other situations in life.”

Berry pitched made it through only one inning. She allowed two runs before being replaced by sophomore pitcher Pyper James. James made it through the next three innings without allowing a single run.

At the plate, Harding answered with runs in the first and fifth inning. Freshman second baseman Hanna Jones got an RBI walk before Feringa drove in Mills on a sacrifice fly.

OBU pulled back in front in the sixth inning by scoring two runs on an RBI double and single. The Lady Bisons could only muster one run in the bottom of the inning on a Feringa infield single which was fell between three OBU fielders.

Harding would not score in the bottom of the seventh and fell 4-3.

Head Coach Phil Berry said even though they won the series they would have liked to have won all four.

This was also the last home game for Harding’s two seniors, Amanda Berry and Peyton Mills.

“It was definitely bittersweet,” Mills said. “Just after we finished, I was thinking of all the memories I’ve had on this field and all the good and bad times. I’m definitely sad that this was my last time and it is coming to an end, but I’m also happy knowing all the fun that I got to have on this field too.”

The road ahead does not get easier for the Lady Bisons, who are in third place in the Great American Conference (GAC). The top six teams qualify for the GAC Tournament.

“We have two tough series left; both of them on the road,” Phil said. “It’s tough to win

on the road. So we’ll have to regroup, have a couple of good practices this week and get ready to finish the season strong.”

Harding to host a piece of Berlin Wall