Home News Harding to host a piece of Berlin Wall

Harding to host a piece of Berlin Wall 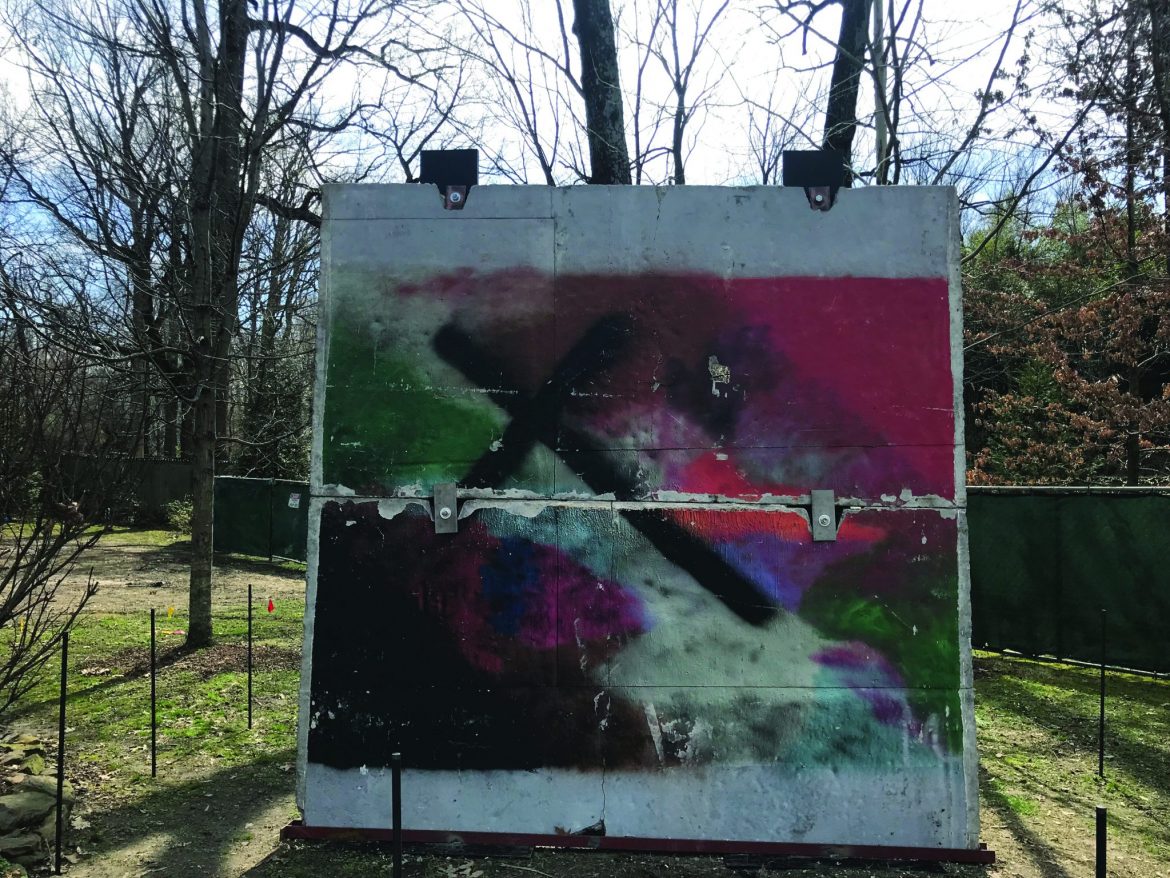 Thirty years after the Berlin Wall fell, Harding’s history and political science department will display a piece of the wall in early October 2019.

The 10-by-10-foot portion of the wall, rented from Ripley Entertainment Corporation, will be on display in the George S. Benson Auditorium lobby for students and community members to view.

Kevin Klein, professor of history and political science, is the man making this exhibit possible.

“This is an opportunity that I am able to bring to the campus because I am the recipient of the Clifton L. Ganus Jr. Distinguished Chair of History and Political Science position,” Klein said.

The endowed chair was established by Chancellor Emeritus Clifton Ganus’ family in 2017, and Klein received this role two years ago, along with a fund that he administrates.

“I wanted to use that fund to enhance the opportunities for students in history at Harding,” Klein said.

According to Klein, the department brainstormed how to use the money, and J.R. Duke, associate professor of history, proposed the Berlin Wall idea. Duke had seen a segment of the Berlin Wall on display in Memphis and was interested in bringing one to Harding.

The display will be available from the second week in October until Nov. 9.

Nov. 9, 2019, will mark the 30th anniversary of the Berlin Wall coming down. Klein said historians generally look for the 30-year mark, which allows them to seriously analyze events with the idea that they have enough time and perspective to make a sound judgment.

“We want to provide opportunities for the history students and for the rest of the campus to take part in a shared conversation,” Klein said. “History’s main job is not to tell its own story, but to try to tell everybody’s story in balance.”

Klein said other on-campus events like Cold War-era films, art displays and chapel talks will be offered in addition to the display. Klein will also be teaching a one-credit-hour course on the Cold War this fall.

“We will be doing a week of chapel talks in which we discuss how we should respond as a people when a political line on a map enters the gospel,” Klein said. “We have to ask this generation, ‘What are you going to do about this?’”

Junior social science major Charlie Collins said he is excited for this display to come to campus.

“Sometimes we are so distanced from historical events that we start to think of them as separate and apart from our lives,” Collins said. “Seeing, experiencing, touching pieces of history like [the Berlin Wall] is very important, but it’s when you realize the significance of those pieces of history that the display becomes more important.”

“It is always important to have historical facts on display,” Yingling said. “The wall has played an important role in the world we live in now.”

Klein said the two generations that went through the Cold War were affected by the war in every area of their lives.

He said Christians have had varied responses and as time has passed, they have realized that praying is most effective.

“At the end of the day, God brought about an end to that obstacle [war] in ways that none of us imagined,” Klein said. “If bringing a 10 feet by 10 feet chunk of the Berlin Wall gets us to discussion about that, then that’s a really good outcome.”