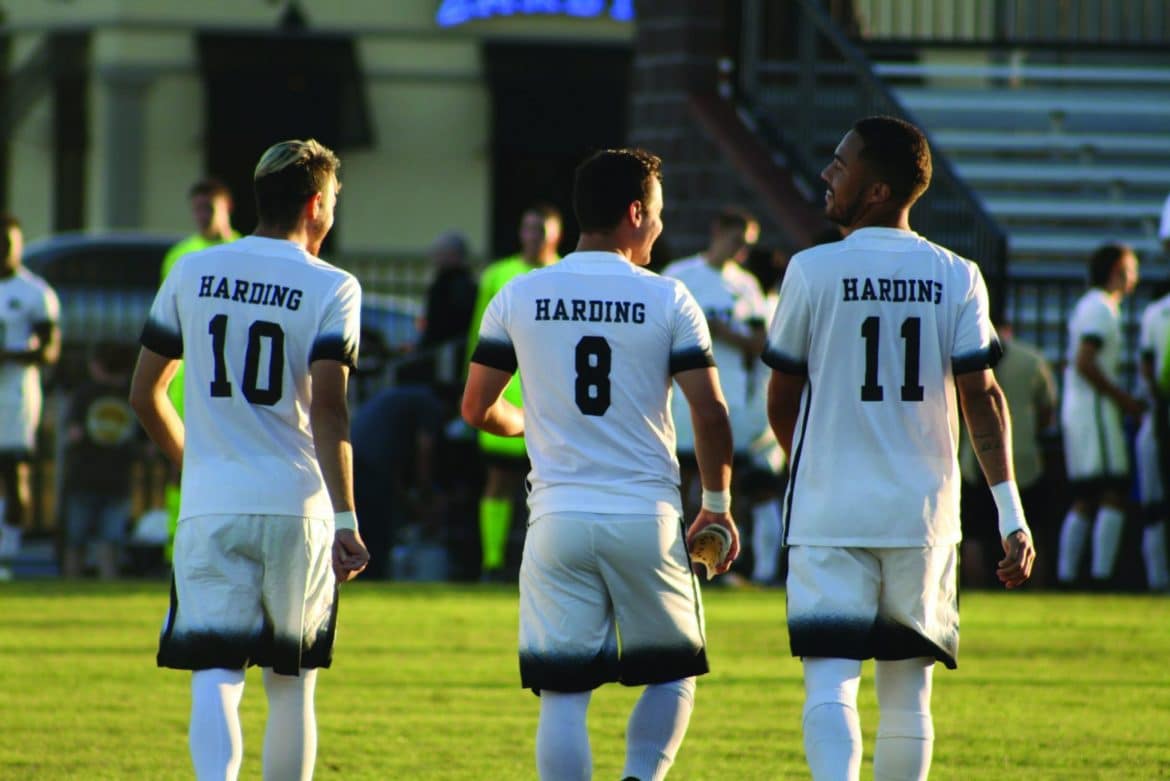 As the collegiate soccer season came to a close, three members of Harding’s men’s soccer team tried out to play for Arkansas’s National Premier Soccer League (NPSL) team, the Little Rock Rangers. Seniors Matheus Ribeiro and Andre Cunha are returning for their second season on the semi-professional team, but the 2019 season will be senior Julio Martins’ first.

The Rangers are in the Heartland Conference of the South Region of the NPSL. After being South Regional finalist in 2018, the team now qualifies to play in the 2019 US Open Cup. Ribeiro and Cunha still have one more soccer season at Harding.

“[I am most excited] to see the level of competition and make more connections with new guys and players [with the Rangers],” Martins said. “I am also excited about the new city. I have never lived in Little Rock before.”

Cunha and Ribeiro encouraged Martins to tryout for the Little Rock Rangers. All are originally from Brazil and have been playing soccer since they were 5 or 6 years old.

They noticed a few differences in soccer in the United States, but Cuhna and Ribeiro are looking forward to another season with the Rangers to improve their skills for their last season on the Bisons’ team.

“In Brazil, we focus more on the technical part [of soccer] than physical characteristics,” Cunha said.“So,for us,that was a big difference [when we first came to Harding].”

Ribeiro believes being on the men’s soccer team has taught him more life skills than anything.

“I am always trying to challenge myself [in soccer],” Ribeiro said. “I think coming to America, I improved more on how I handle different personalities on the team. I had to remember that some people did not have as much experience as I did. I think my personal character has improved because of it.”

The Little Rock Ranger’s preseason begins April 7 and the official season starts May 5 and can go into August, depending on how well the team does. Home games are played at War Memorial. The Heartland Conference includes teams from Arkansas, Kansas and Missouri, but for preseason, the Rangers will play teams from Nebraska,Texas and Florida.

According to littleockrangers.com, the goal of the club is to provide local soccer club scholarships to underprivileged students through extra revenue from ticket sales and donations.

Win it for Wally

Players Only | Taking talents to intramurals