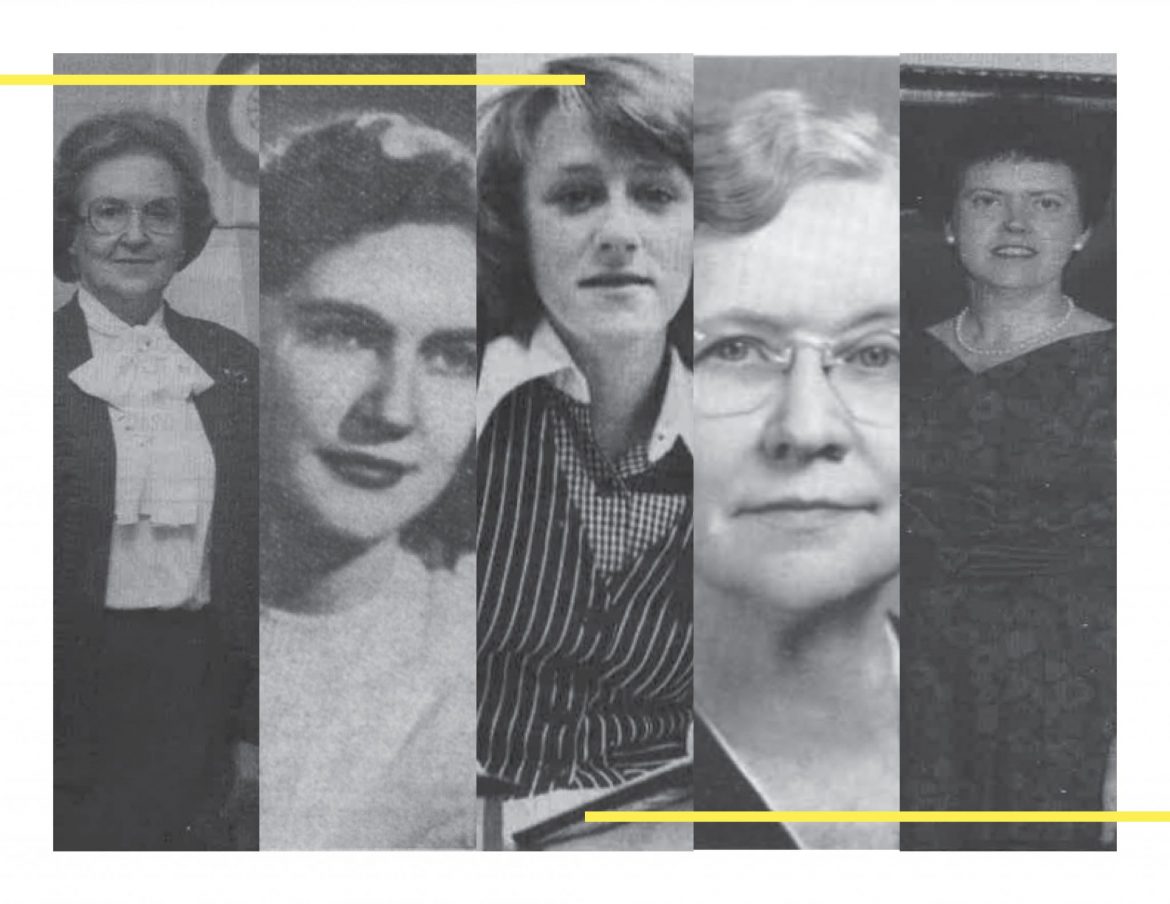 Leah Burks joined the legacy of Woodson Harding Armstrong, Sally Hockaday Benson and Louise Ganus when her husband, David Burks, was appointed as Harding’s fourth president in 1987. The Harding alumna graduated in 1965, the same year she was married. During her husband’s presidency, Leah Burks carefully balanced her roles as a mother, wife and supporter with diligence and humility.

Leah Burks told The Bison in 1988 that one of her favorite roles was that of hostess, a role she fulfilled frequently as first lady by hosting leaders such as Margaret Thatcher and members of the Bush family.

When David Burks retired in 2013,both Leah and David remained active in the Harding community. The conceptualization of the Harding First Ladies Garden was presented to Leah Burks as a gift and was later built in honor of all five of Harding’s first ladies.

In 1977, senior Susan Brady left a resounding impact on the student body when she was elected as the first female president of the Student Association. Brady used her office to restructure the SA’s committee functions, promote student involvement in campus activities and investigate the lack of women’s intercollegiate sports at the university.

Brady paved the way for later female SA presidents, Susan Vaughn-Hassmann in 1990 and Hallie Hite in 2018.

Florence Cathcart’s Harding story began, quite literally, in the “foothills of the Ozarks.” Cathcart enrolled as a student at Harding in 1924, the university’s inaugural year in Morrilton, Arkansas, and soon after began working for the college by training future primary school educators.

Over her 36-year career, Cathcart served as an educational department head, a dorm mom in Pattie Cobb Hall and the Dean of Women. In 1951, Harding honored Cathcart’s life and service by naming the still- standing Cathcart Hall after her.

Cathcart is credited with writing Harding’s alma mater during the college’s first year. In 1937, she recounted the experience to The Bison.

“One morning, [Cathcart] stepped out on her porch, and while she was looking off toward Petit Jean Mountain and listening to the sounds of the town echoing vividly back from the mountain, the words of our Alma Mater came to her, she says, as if by inspiration.”

As a student at Harding in the early 1950s, Betty Lou Thornton was known as “one of the most active students on campus” by her peers. She played an integral role in the formation of the Student Association and was recognized as Harding’s “Best All Around Girl” in 1950.

Thornton strove for achievement and became the first female editor of The Bison newspaper as a junior journalism major in 1950. Thornton married Evan Ulrey, a speech professor, her senior year, and their family’s name still impacts Harding’s students atop the Ulrey Performing Arts Center.

Louise married future third president of Harding Clifton L. Ganus, Jr. in 1943. Because his father had advised them not to marry during college, the pair wed one and half hours after his graduation in the same auditorium he had just received his diploma in.

From 1965 to 1987, Louise played an active role as Harding’s first lady. She served as the second president of the Associated Women for Harding and a social club sponsor. Louise also engaged with the Searcy community, founding the town’s first Girl and Boy Scout chapters, serving as the secretary of the White County PTA Council and chartering the Green Keepers gardening club.

In 2007, Associated Women for Harding recognized Louise’s outstanding dedication to the Harding community by presenting her with its Lifetime Achievement award.