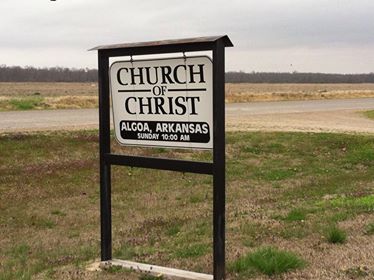 Many Harding students use their God-given gifts to serve at small churches every Sunday. Juniors Ben Barker and Jessa Heavin and senior James Walter attend different churches in the area where they lead singing, teach Bible classes and preach.

Barker decided to attend Romance Church of Christ in Romance, Arkansas, one Wednesday on a whim. He said he loved the feel of the small congregation of about 60 people where “you can’t just disappear and be another face in the crowd.”

“You’re definitely more involved because the members want you to be involved,” Barker said. “It’s a lot harder to hide.”

Barker said he really enjoys knowing he makes a difference. He attends the church with several other friends, and their presence is always noticed by the members of the small congregation.

“They’ve said we bring vibrance and energy to the church,” Barker said. “We’ve had the opportunity to form relationships with some of the members there, and for that, we are thankful.”

After attending Foothills Church of Christ in Searcy, Arkansas, for a few months, Heavin became involved at the church of about 125 people. Heavin said she was reluctant at first.

“I am very shy, so I did not want to do it at first,” Heavin said. “However, I saw it as a growing opportunity and decided to get involved.”

Heavin said she felt like she belonged at Foothills, and that is where she could serve the best. Heavin has nothing but praise for the small church.

“They are so loving, and they genuinely care about me,” Heavin said. “They’re like a second family to me.”

Walter became involved at Algoa Church of Christ in Newport, Arkansas, after he applied to serve based on alumnus Kyle Dingus’ advice. Walter now teaches every two weeks to the congregation of about 14 people. Walter spoke about a woman from the church who came forward in tears after one of his lessons.

“Those kinds of differences are more intimate in smaller churches,” Walter said. “They are coming up to you and telling you that you made a difference.”

“I thought I was just going there to preach, but getting to know their lives is very special to me,” Walter said.

Members of these small churches appreciate the extra help provided by Harding students. Mike Farah, a member at Algoa Church of Christ, said that Algoa has been “blessed for years with the likes of James and [other students].”

“It is so nice to have up-and-coming Christians sitting in the pews and spreading Christ’s message,” Farrah said. “It gives us hope for the future of not only our church but also our country.”

Getting involved at a small church is something that Harding students treasure. The opportunities provided and the relationships formed make lasting impressions on not only the students but also the small congregations.