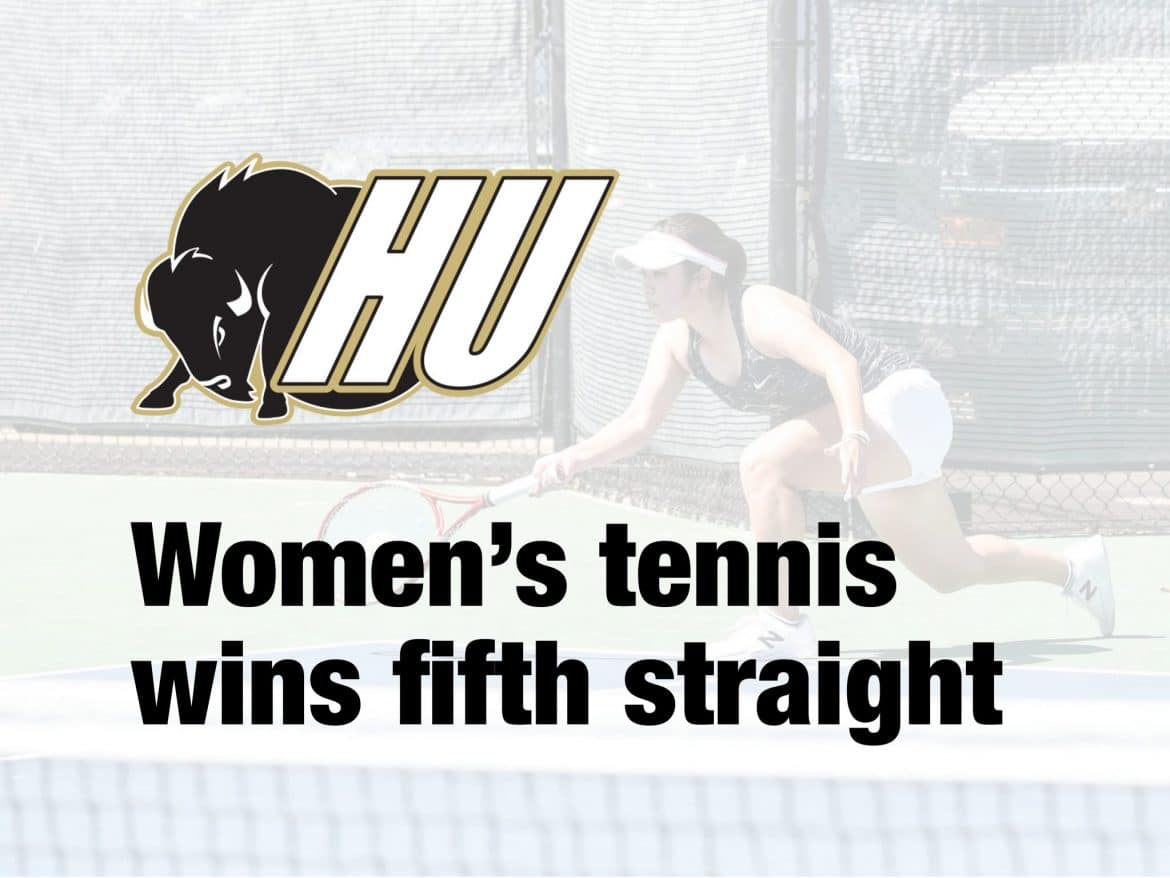 The women’s tennis team improved to 8-1 with a non-conference victory over Great American Conference foe Ouachita Baptist University (OBU) at the Harding University Tennis Courts on Saturday, March 2. This is the fifth consecutive win of the season for the Lady Bisons.

Harding Head Women’s Tennis Coach David Redding said he knew the women’s team would end the match with a 7-0 victory, but he did not anticipate how difficult the win against Ouachita would be.

After OBU upset Harding’s No. 1 doubles team, the No. 2 and No. 3 teams made a comeback in close matcher to claim the doubles point and give Harding a 1-0 lead. Freshmen Emily and Allison Carpenter were down 5-4 in a six-game set but came back to win 7-5 while junior Erin Young and freshman Joee Crocker won 6-3 to get the doubles point.

“We were running really close in doubles, and I wanted that point so much,” Young said. “We definitely weren’t on our game until the end when we started playing more aggressively.”

The Lady Bisons dominated early on in singles and ended the match with six straight-sets victories. Young was one of three players to win in straight sets.

In her first singles set, Young was up 3-0 against her opponent, Lindsay Gills of Ouachita, until Gills bounced back to win two games to make it 3-2. Young pulled away to win the set 6-2 and then won her second set 6-1.

“My opponent was really pushing me hard toward the middle of the games,” Young said. “I knew I would have to keep my feet moving with her and become more aggressive than I was originally playing.”

Despite earning the latest win, Redding said his expectation for the women’s team is still to improve at every practice in order to avoid close-call matches like this.

“I have to give credit to Ouachita because they came ready to play,” Redding said.

Harding plays at home again against Henderson State on Tuesday, March 5 at 2 p.m.