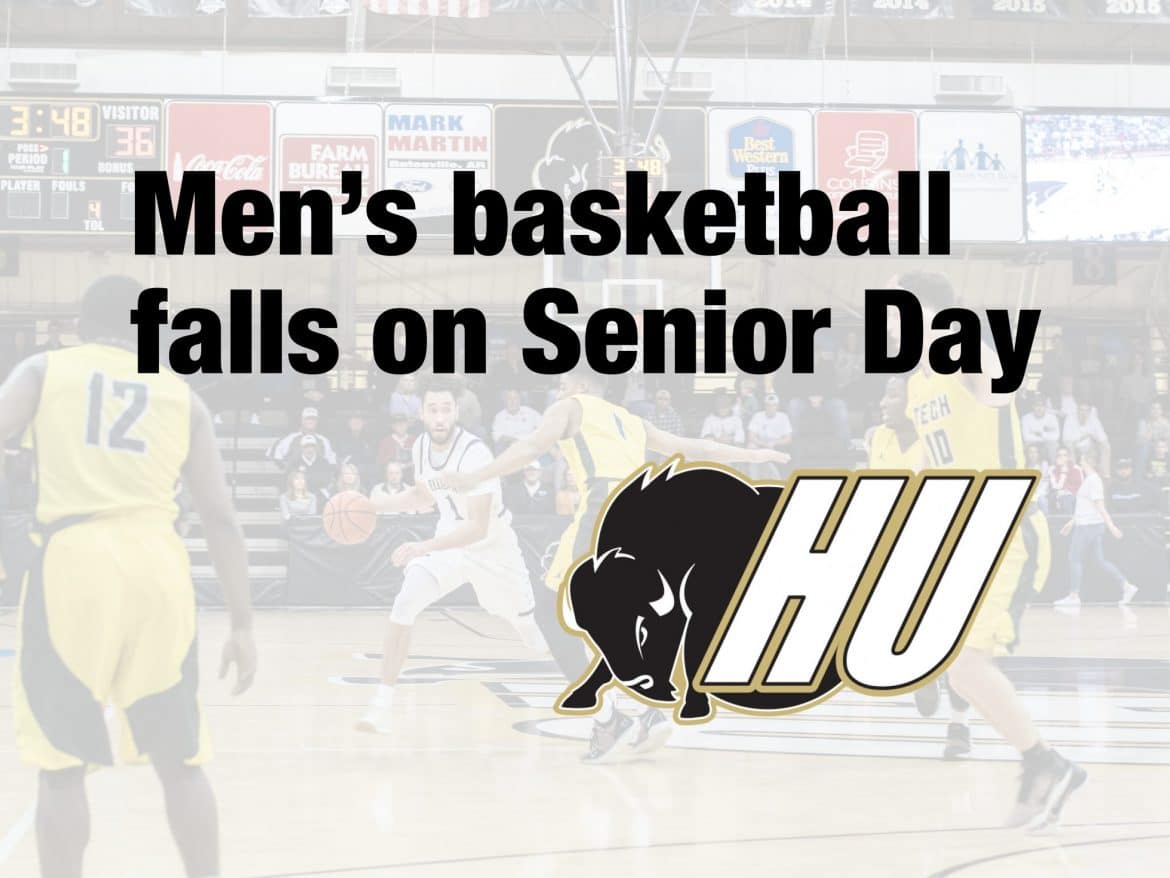 Excitement was in the air in the Rhodes-Reaves Field House on Saturday, March 2 when the Harding Bisons basketball team played against Northwestern Oklahoma State University (NWOSU). The game was Harding’s final home game of the season, and the team’s five seniors were recognized on Senior Day.

Sophomore J.P. Brandon led the Bisons in the first half with seven points. Junior Adam Horn was second in scoring with five points. At halftime, the Bisons trailed NWOSU 30-21.

Despite the team’s struggles early on, Harding fought hard on the boards, leading the Rangers in rebounds 19-15.

At the start of the second half, the Bisons went on a scoring run to close the gap to two points, but the Bisons would not get any closer.

The Bisons lost by a final score of 62-57. Senior guard Reggie Anthony had a dominant final half of his career. He lead the team in scoring with 17 points, and Brandon followed with 12 points. Head Men’s Basketball Coach Jeff Morgan said he could feel the excitement in the Rhodes-Reaves Field House.

“We had a really good crowd for a Saturday afternoon,” Morgan said. “We usually don’t get the biggest crowds on Saturdays, but the energy was great. Our team battled really hard and played really hard.”

The liveliness from the crowd fueled a solid final performance for Anthony. Despite the loss, Anthony and the other seniors said they enjoyed getting to put on the black and gold one final time.

“I’m grateful to go out every day and compete with the type of guys that we have on this team,” Anthony said. “Through it all … the relationships I’ve made are priceless.”

The loss was Harding’s 20th consecutive defeat. The Bisons finished the season with a record of 5-22 for the second consecutive season.