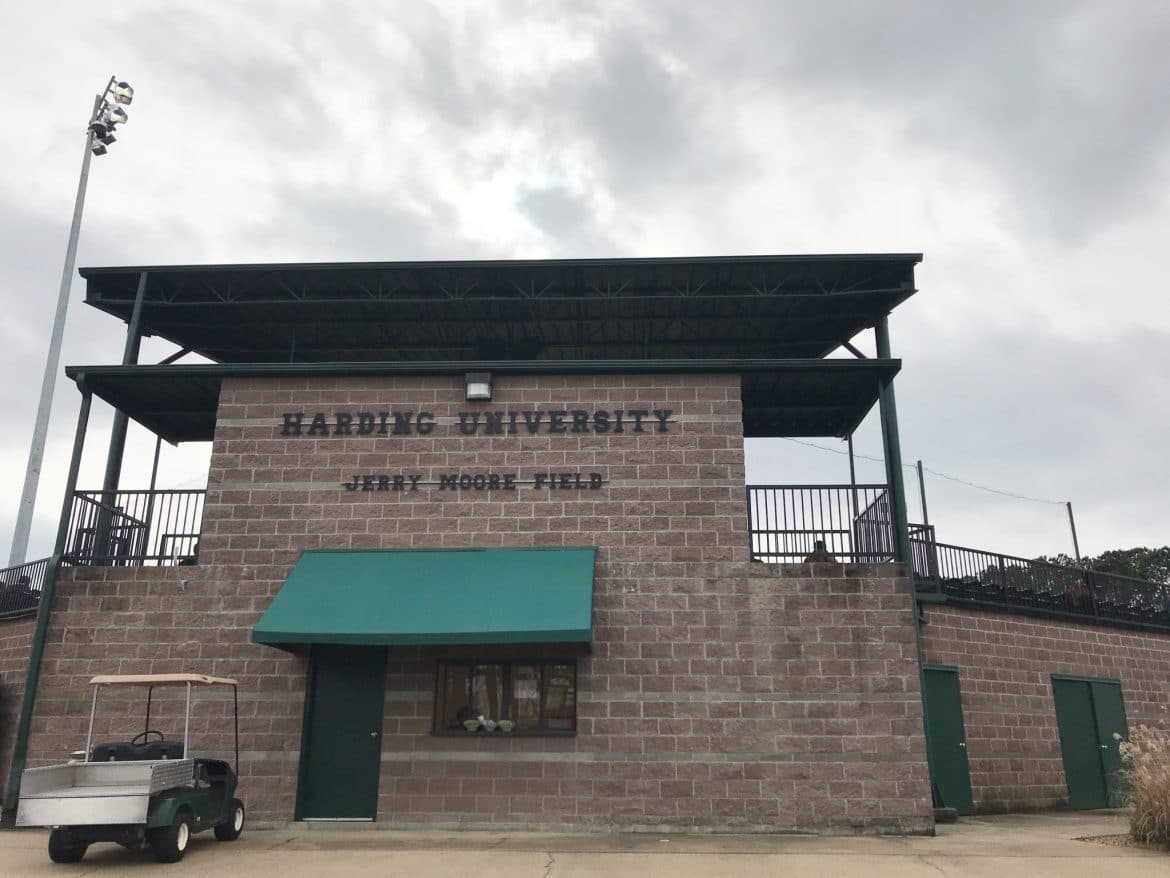 After neither team scored a run in the first inning, both team’s offenses picked up between the second and sixth. In that span, the lead changed hands four times.

Harding would extend its lead when Thomas drove in junior infielder Luke Van Dover in the seventh to make the score 6-4. The score was Van Dover’s second of the game. In the fifth, he doubled down the left-field line and later scored on a base hit.

“I was struggling at the plate this weekend,” Van Dover said. “I really just got in the box and was looking to do my job, make solid contact and that’s what I did.”

Junior pitcher Logan McCall threw the first four innings of the game. He allowed three earned runs and racked up three strikeouts. Freshman pitcher Kaden Kirby took over in the fifth inning. In just one inning, Kirby gave up three hits and one run. He was replaced in the sixth by senior Ryder Yakel, who continued to pitch for the rest of the game.

Yakel did not allow any runs until the ninth inning when ECU’s Ryan White scored an unearned run off Dakota Washington’s triple to left center with no outs to make the score 6-5. ECU’s Dylan Lang then hit a hard grounder to third, allowing Van Dover to tag Washington instead of throwing to first. Yakel got the next two batters out to finish the game.

Yakel’s outing extended his streak of innings without allowing an earned run to 19.

After getting the save for the Bisons, Yakel said this win was especially needed going into another big series next weekend. Head Coach Patrick McGaha was also pleased with this game and series win.

“It’s always good to win the series,” McGaha said. “That’s what we try and do. Obviously, sweeps would be wonderful, but you want to win your series, and if you can every weekend, then you are going to have a lot of success especially at home.”

The victory gave the Bisons an overall record of 13-7 and 6-3 in the Great American Conference.

Pornography: getting to the root of the problem