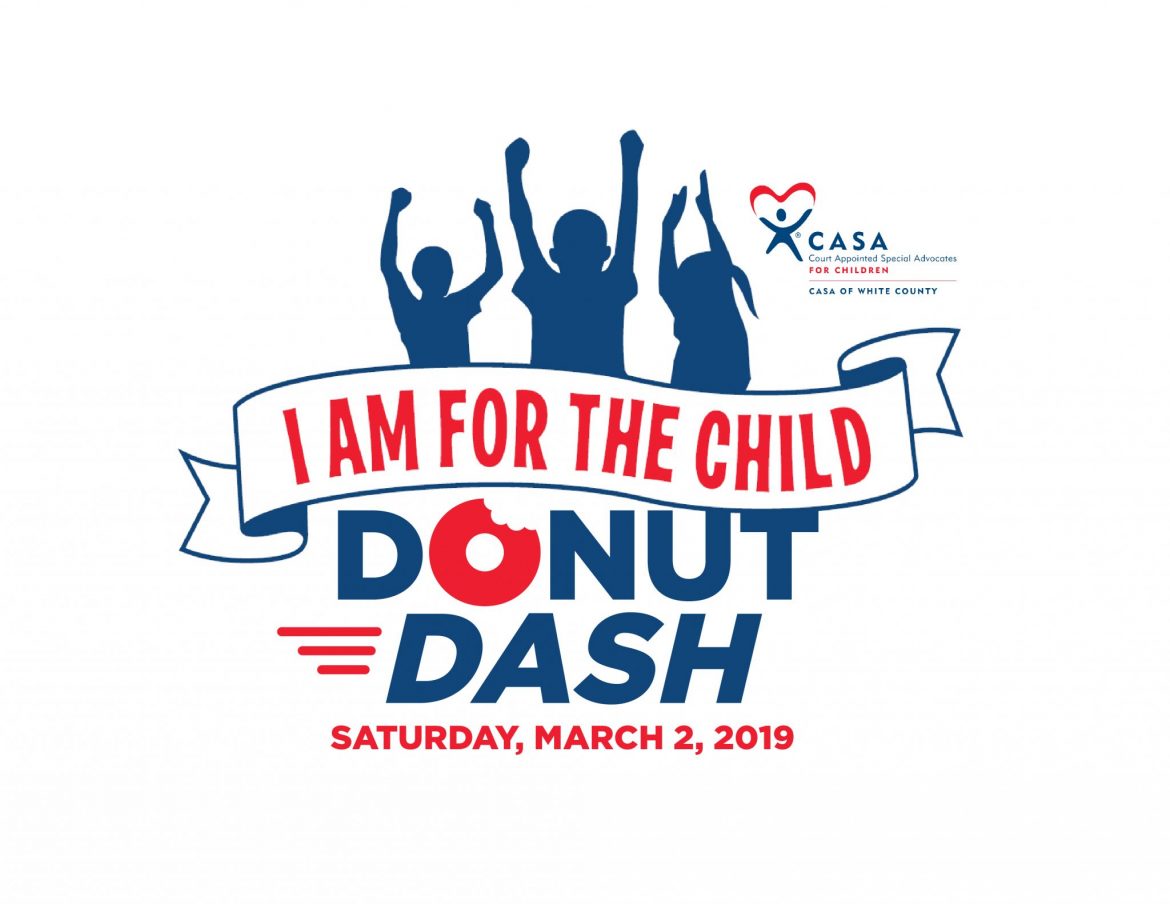 For the eighth year in a row, White County’s Court Appointed Special Advocates (CASA) will host a run at the Ganus Activities Center on March 2 from 11 a.m. to 1 p.m. to raise money and awareness of neglect and child abuse.

CASA is a national group that advocates for children who are in bad situations, usually foster care. The kids who are in this system need some kind of representative, which is where CASA steps in and trains volunteers to be advocates for the kids in court. Executive Director of CASA of White County Laura Burks explained that since this organization is a nonprofit, they rely on fundraising events like these to help with the expenses of running a business.

“The goal typically is about $12,000 to $14,000 every year, and we’ve been able to accomplish that thanks to our sponsors,” Burks said. “We just want people to come out and support the cause because that’s important, too. Beyond the money, we just want to raise awareness of the issue in our society and our community.”

This year, CASA is changing up the race by bringing donuts into the picture in hopes of drawing out a larger crowd and more college students. Competitors will run one mile, stop to eat four donuts and run another mile, and a donut-eating contest will follow.Student intern of CASA of White County senior Parker Samuel said the goal is to have fun and raise awareness.

“CASA works with some very serious issues, but I think that this race [is about] having fun,” Samuel said. “We want these kids to live in a world where they’re going to have better days where they can say, ‘Man, that was a good day. I had fun.’ And they don’t have to think about the other problems that people like me, who had a perfectly good childhood, didn’t have to deal with.”

Several college students have signed up for the race so far, whether they know the cause behind it or not. Freshman Hunter Haynes plans to participate. He just learned what CASA is all about and said he is happy to hear that the proceeds go toward their efforts in criminal court.

“I just think this is an awesome, fun fundraiser for a great cause that does work that people may not think about or consider,” Haynes said. “It is a great way to spread the word about the efforts of CASA.”

Students can sign up until the end of today.