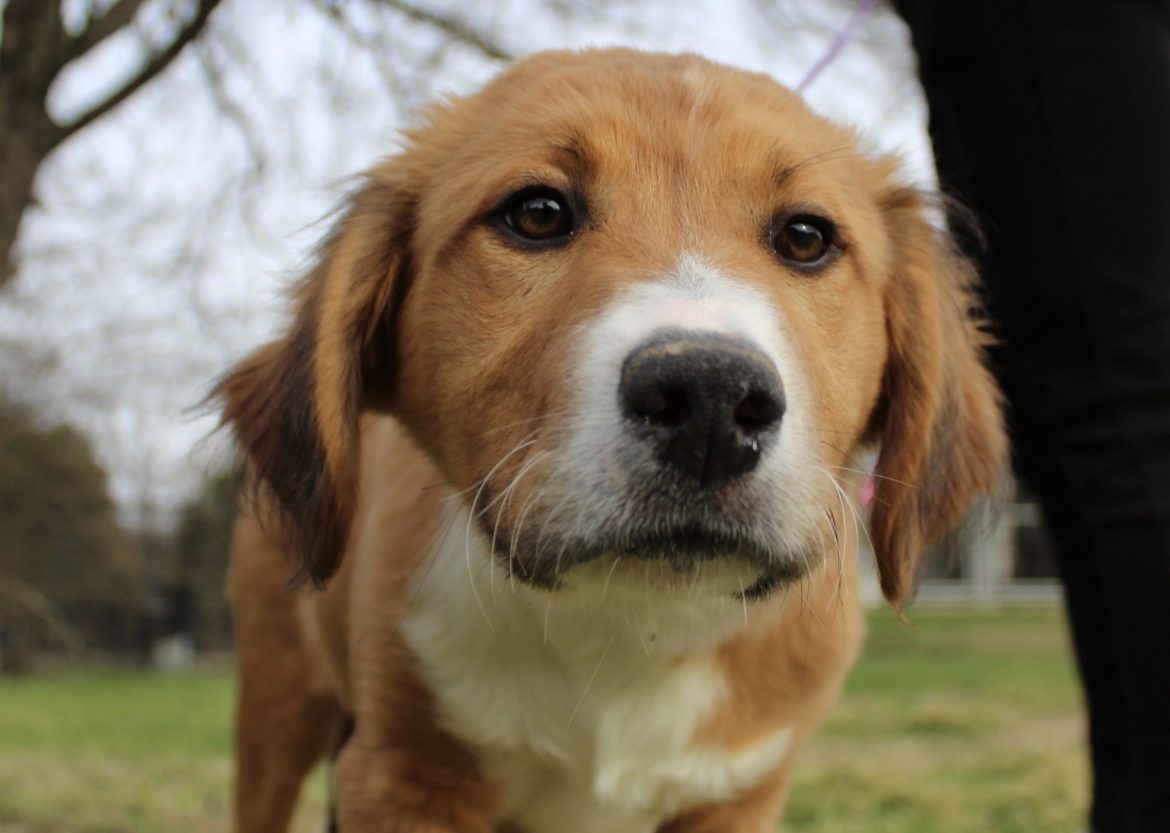 Harding men’s social club Chi Sigma Alpha premiered a new public Facebook page called Chi Sigs for Community with the focus of outreach and service oppurtunities for those both in and out of Chi Sigma Alpha to participate in.

The first service project opened to the public was a partnership between Chi Sigma Alpha and the Humane Society of Searcy to call attention to dogs that are in need of a home. In the span of two weeks, one dog has already found a future home.

Junior Payton Smith, service director for Chi Sigma Alpha, created the page “Chi Sigs for Community” on Feb. 15. He said his goal is to get the Searcy community involved.

For years, Chi Sigma Alpha had a private Facebook page dedicated to service opportunities but has recently created this new public page.

“Chi Sigs has our stuff, but whenever we want to do stuff with the community and for the community, people can see it [on the Chi Sigs for Community page] and if they want to participate they will be informed,” Smith said.

During the week of Feb. 15-23, Smith made posts on the Facebook page, each post featuring a different dog from the shelter.

The posts are crafted individually to encourage people in the Searcy community to go to the Humane Society and adopt.

Smith said that for Chi Sigma Alpha members, the dog posts are ultimately an effort to serve the employees at the Humane Society. By walking dogs and raising awareness about adoption, they give workers a break.

Chi Sigma Alpha, established in 1963, is a men’s social club that focuses on serving others, Smith said. He wants to spread his social club’s core value to the community, using tools like this Facebook page.

“We have prayer groups, and we try to think about ways that we can serve each other better … I think everyone needs people that really care,” Smith said. “We want to be people that can see what the world is lacking, and then put that good into the world. What we are for each other, we can be for other people in the community.”

Chuck Niementowski, a volunteer for the Humane Society of Searcy, said they primarily get dogs from the city of Searcy and are obligated to have an open admission policy with animals from Searcy.

“We do take dogs in from outside of Searcy when we have space to, although we usually are running close to or at capacity,” Niementowski said.

Because of the Chi Sigs for Community Facebook page, one dog has been adopted and another dog named Mikey is in the process of being adopted.

“One of my friends from the community, Marissa, her grandma needs a dog, and so they’ve gone out and played with Mikey a couple of times,” Smith said. “They really have intentions of adopting him; it hasn’t happened yet but I’ve had people be very interested in adoption.”

Junior Ashley Bettis said she found out about the Facebook page from Smith.Though Bettis cannot adopt a dog since she lives in a dorm, she is still telling friends about the posts.

“I am telling people that could possibly adopt that there are dogs available for adoption in Searcy,” Bettis said. “There are dogs already here that need a home.”

So far, the Facebook posts have raised awareness and inspired action, but Smith does not plan to stop there.

“I think it’s going to be a thing that only continues to grow in the future,” Smith said.

To learn more about adoption opportunities, contact the Humane Society of Searcy. For more service and community building oppurtunities visit the Chi Sigs for Community on Facebook.