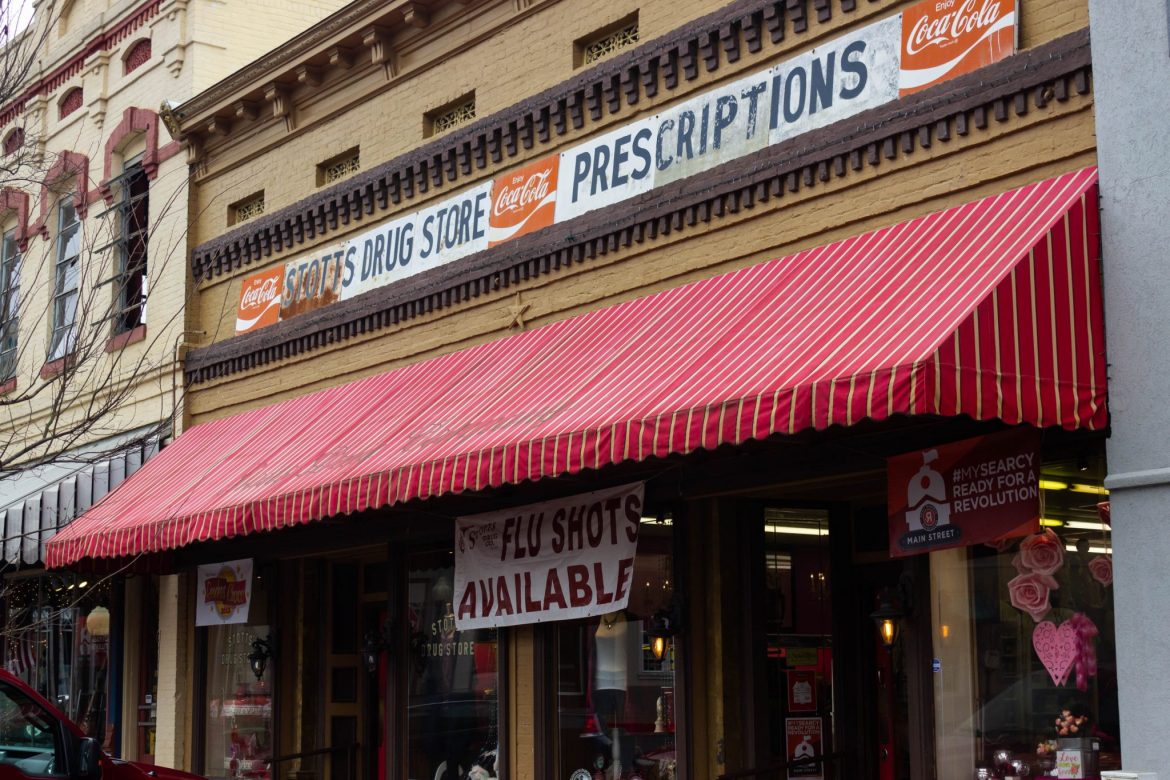 The oldest business in Searcy, Arkansas, is still standing after 92 years of service. The family-owned Stotts Drug Store, located in downtown Searcy, has hosted a pharmacy and gift shop to locals for over three generations. Over that time, the store has gained loyal customers and enormous love from the community.

Nancy Williams Showalter, granddaughter of original owner L.0. Stotts, now owns and operates Stotts Drug Store as a third-generation pharmacist. She took over the store eight years ago when her father died but worked there long before that after graduating from pharmacy school in 1985.

Although Showalter did not attend Harding’s College of Pharmacy in Searcy, she said that she and Harding have a “great partnership” through the store. When Harding opened its College of Pharmacy, Stotts Drug Store began taking in students to do rotations in its pharmacy. Working at an established pharmacy is not only required for pharmacy students but also gives them hands-on experience before graduation.

Charlie Wright, a fourth-year graduate student, just finished a rotation at Stotts Drug Store at the end of January. When he was choosing places where he wanted to do a community rotation, he put Stotts at the top of his list.

“While all drug stores take care of patients and meet their needs, Stotts, like many other independent drug stores in the area, goes above and beyond to make sure their patients are well taken care of,” Wright said. “At Stotts, you’re not just another number.”

Through his experience at the store, Wright gained knowledge and many important skills about pharmacy, but, more importantly, he learned how to treat and care for a patient.

“A lot of times when people come in here they are sick or scared … it’s hard for them to talk to a doctor about it so they talk to us about it,” Showalter said. “I think it’s important that we show we have the time for them and that we are there to answer any questions they might have.”

Showalter believes taking care of a patient and showing compassion for people is the most important thing Stotts Drug Store can do and hopes each student who works there as well as each customer recognizes that. This kind of behavior and mentality is what sets Stotts Drug Store apart from all other drug stores, according to Showalter.

“I think we offer more personalized service,” Showalter said. “We also offer free delivery and if a customer needs something in the middle of the night, I’ve come out and gotten medicine for them. That’s part of being my customer — I’m going to take care of you whenever you need help.”

Over the past five years or so, Showalter has noticed an increase in college students and other non-locals entering the store. Although she does not know the reason she is glad that the store is continuing to grow, as well as the community of Searcy in general. Showalter credits part of this to the Small Business Revolution that has engrossed the town, saying “it has given the city of Searcy a positive outlook and something to look forward to.”