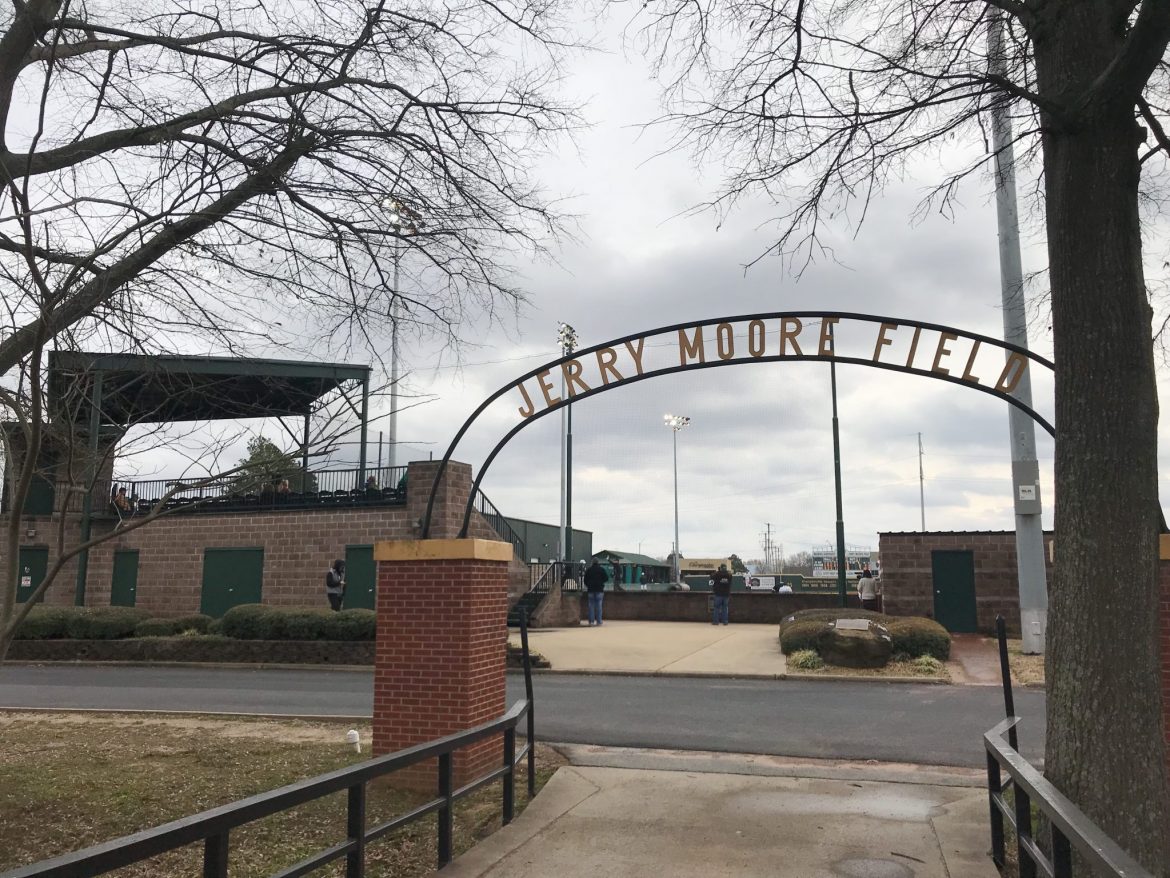 After a sluggish start, the Harding University baseball team came back to defeat the University of Arkansas-Monticello (UAM) in its first conference game of the season on Feb. 16 at Jerry Moore Field.

Senior pitcher Austin Allen struggled in the first inning, allowing a two-run home run, although not allowing another earned run for the rest of the game. Allen finished the game with four strikeouts over five innings. Head Coach Patrick McGaha said one of the major keys to the Bisons’ success was Allen’s ability to settle in after the early blast.

Harding responded to UAM’s strong first inning by scoring one run in each of the next four innings. In the fourth, the Bisons’ sophomore catcher Brendan Perrett hit a double, putting him in scoring position. Junior infielder Connor Kelly followed with a double of his own, driving in Perrett. However, Kelly was called out for missing first base, and the Bisons chance for a big inning was gone.

Harding held a 4-3 lead when Allen, who allowed three runs but only two of them earned, was replaced by junior pitcher Ryder Yakel in the sixth inning. Yakel stymied the Boll Weevil hitters, recording a total of five strikeouts in four innings. In three appearances this season, Yakel has thrown 12.0 innings and has yet to allow a run. His pitching preserved the Bisons’ lead.

“This win means a lot because they are a conference team,” Yakel said. “They won the conference last year, so it’s just a big win for the team.”

In the eighth inning, Harding was still hot, and they cushioned their lead with a hit to the warning track by sophomore infielder Luke Van Dover that scored Perrett. That lead was enough for Yakel, who shut down UAM in the top of the ninth, to preserve the Bisons’ lead and earn him his second save of the season.

“It was a great win,” McGaha said. “It’s always great to get a win to start the series.”