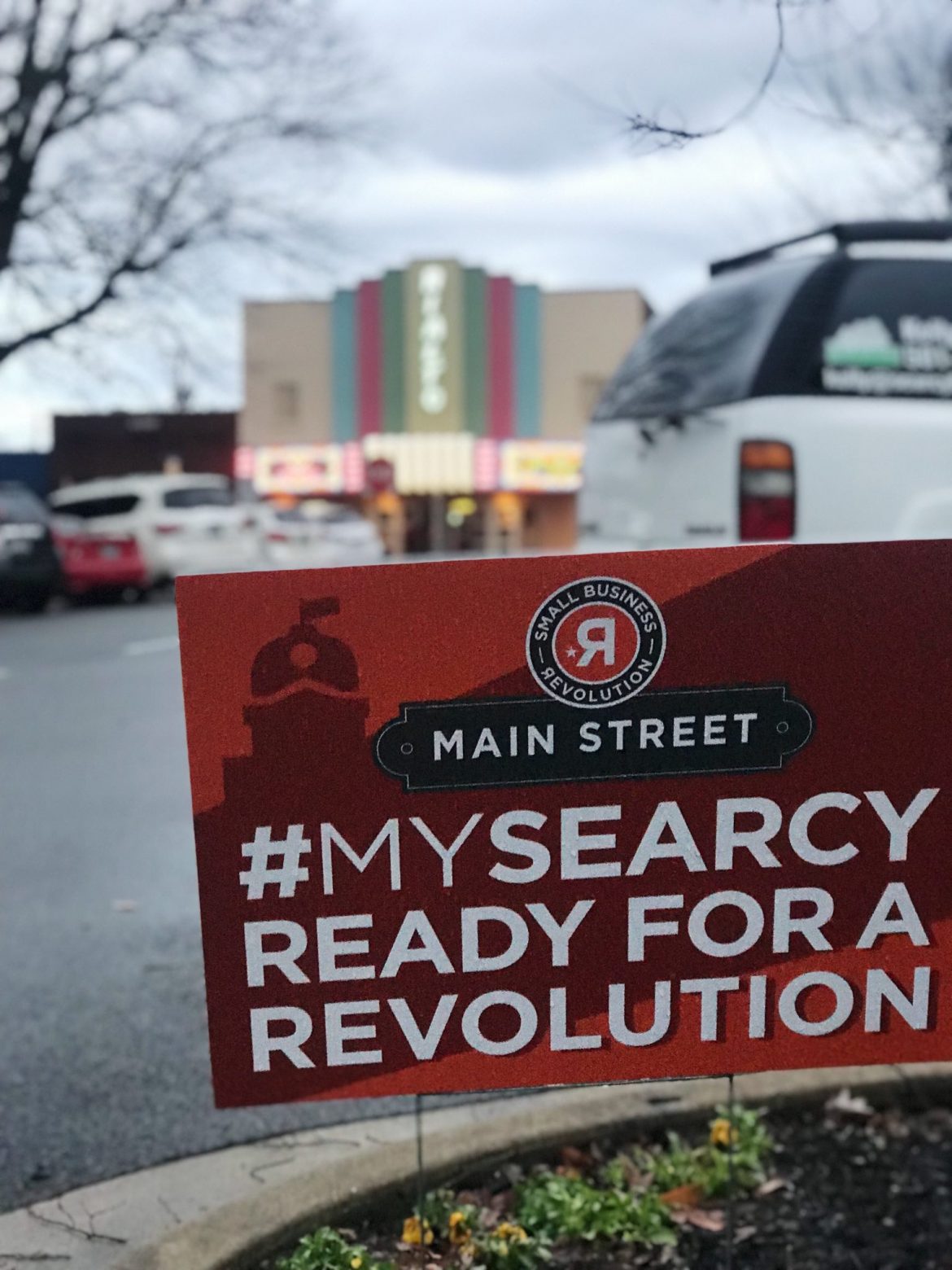 Searcy was chosen today by Ty Pennington and Amanda Brinkman as one of the top six towns to continue the process of the Small Business Revolution. People gathered together this morning to view the live stream watch party at the Rialto Theater to see which of the top 10 towns made it to the top five of the Small Business Revolution made it to the Top Five.

At 7:30 a.m., the Small Town Revolution live Facebook feed was refreshed until finally Pennington and Brinkman appeared on screen and announced the next phase of the Small Business Revolution. They chose six small towns because Brinkman said the decision to pick five was too hard, so they added on another town that will continue in the process. They announced the six winners in no particular order and the first name that came on screen was Searcy. Immediately, the crowd erupted in cheers and excited yelling. Searcy Mayor Kyle Osborne waved both hands in the air when Searcy was announced in the top six.

“People are more pumped up about this than anything I’ve ever seen,” Osborne said. “My heart is beating so fast. And the fact that our sign was was held up first. It’s so exciting.”

“We don’t want to think negative. We’re going to win this. We have Harding, we have all the people in Searcy. We feel extremely confident,” Osborne said in regards to the voting process.

Among the Searcy locals who came to the livestream watch party was Heather Kemper, events and projects director for the Harding alumni office.

“I could not, not be here. I woke up way before my alarm even went off. I was just filled with anticipation and excitement. I needed to be here among my friends and the community and feel the energy,” Kemper said.

Liz Howell, vice president of Harding alumni and parent relations, said the announcement that Searcy was chosen in the top six created momentum among the community.

“It created bragging rights and a sense of community pride. [Searcy] is full of good people, and this will take us to another level. All the people who have worked so hard on [the Searcy Small Business Revolution] believe in Searcy. It’s incredible. We are better together so let’s win this,” Howell said.