Home News Harding student and family to be on Family Feud 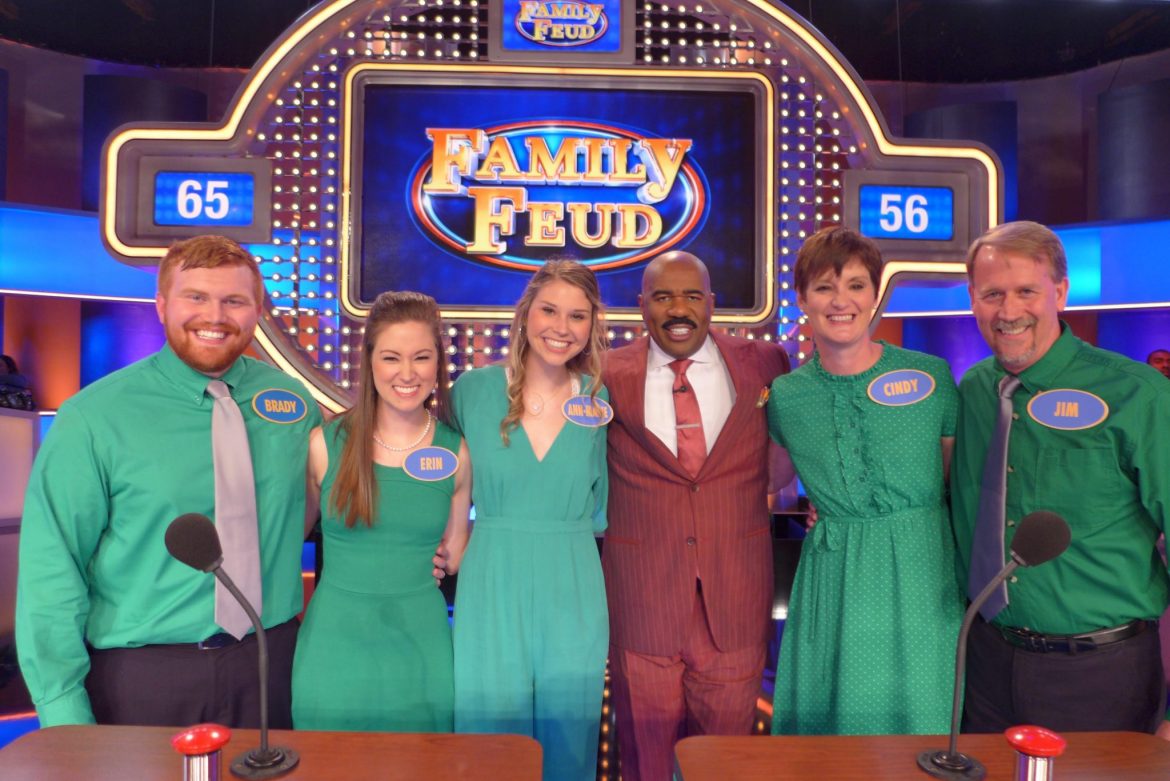 When Senior Ann-Marie Gurchiek and her family signed up for the hit CW game show, Family Feud, in August 2017, they never expected to appear on the show as contestants.

Ann-Marie’s Mom signed her family up to try out when she saw a Facebook ad promoting auditions for the show in Little Rock. After filling out an application, the family received an invitation to begin the casting process.

According to Ann-Marie, the first round of auditions included meeting with producers and participating in a “mock show.” During the mock show, producers cared more about the family’s personality and energy than their ability to answer questions correctly, according to Ann-Marie’s sister, Erin Clark. Following their mock show, the family interviewed with producers and told them why the Gurchiek family is unique. Before going home, the family made a video for the next round of casting.

The family received news that they made it to the next round of auditions, located in Los Angeles, in March 2018. They flew out to continue the process two months later in May. The Gurchieks went through another mock show, as they had done in the first stage of auditions; however, this time, the mock show took place on the actual stage of Family Feud.
According to Clark, filming for the show was an all-day event. The family had to wait for other shows to film before they had their turn.

“On stage or in the audience, if you are there after lunch, you’re there for eight hours,” Clark said.

Ann-Marie’s mother, Cindy Gurchiek, said the host, Steve Harvey, made sure that the family was comfortable before filming. Harvey spent 30 minutes getting to know each family before their show began and interacted with both contestants and audience members, according to Cindy.

“He stayed on the stage during the commercial breaks to talk with the audience members,” Cindy said. “We and the audience were allowed to ask him questions between the airtime.”

In the show, two opposing families compete to guess survey results to random questions. At the beginning of each round, a member of each family meets in the middle of the stage and attempts to make the quickest, most accurate guess to a question read by Harvey. The first person to hit the buzzer and answer gets to decide whether to attempt to fill in the responses to a blank survey with their family or send the questions to the other team in hopes of “stealing” the turn later on.

According to Ann-Marie, the game comes down to the last questions. She said nerves and the intensity of the game can make guessing survey answers more difficult than it seems.

“Watching on TV you think, ‘Oh yeah, [I] know that answer,’ but when you are on stage it is so hard,” Ann-Marie said.

Cindy said that meeting families all over the country and spending quality time with her own made the experience enjoyable.

If the Gurchieks won, they will appear on future episodes of Family Feud. The family is contractually bound to keep the results a secret, so they encourage everyone to tune in to their episode, which appears Friday, Feb. 8 on KARK16 or the CW at 6:00 p.m.