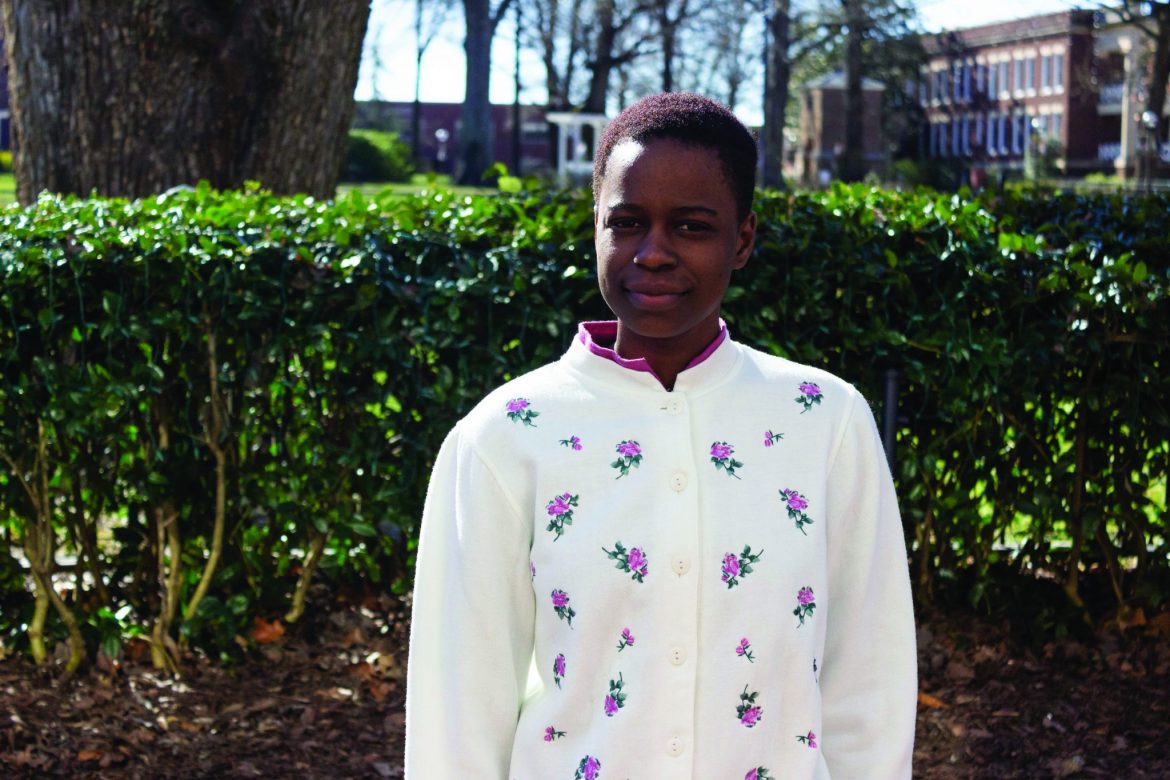 Before ever hearing the phrase ‘Good morning, and welcome to chapel,’ freshman Priscila Magadu was well aware of Harding University and its president, Bruce McLarty.

Magadu, from Zimbabwe, came across McLarty’s Instagram account two years ago. Though she was thousands of miles away from campus, Magadu said she felt connected to Harding through McLarty’s frequent posts and updates.

On her second day of chapel, one of Magadu’s professors introduced her to McLarty. In true McLarty fashion, they took a selfie together, and Magadu was featured on his Instagram account as an official Harding student.

“I was super excited to meet him,” Magadu said. “It was a dream come true to meet a great person like him.”

McLarty said he was fascinated to hear about where Magadu was from and how she gained more information about Harding through his social media account.

“She was like my long-lost friend that I had never met before,” McLarty said. “She has a sweet and radiant personality, and she’s just going to love what Harding is, and Harding is going to love her.”

McLarty was also shocked to learn that someone from Zimbabwe was following his account. As a personal code, McLarty said he works to never be negative or sarcastic on social media, but the primary reason he joined was so he could take people along with him on his journey as president. Meeting Magadu and hearing her story reminded him of this and the extent to which his influence goes. Since their encounter, McLarty said he thinks about Magadu and everyone else he could be reaching each time he posts.

Instagram was not the only deciding factor that brought Magadu to Harding. She grew up in the small town of Norton, Zimbabwe, in a Christian family. Her father is the national coordinator for the World Bible School in Zimbabwe and also became familiar with Harding when he visited the U.S. in 2017. Magadu said she is proud of her family’s strong Christian background and decided to come to Harding because of its beliefs and standards.

“This university will help me to grow spiritually and academically in the sense that Harding curriculum prepares students to work, thrive and save the world,” Magadu said.

Magadu plans to pursue a degree in finance while at Harding and said her dream is to start a microfinance company. Rather than living vicariously through McLarty’s Instagram, Magadu will now get to spend the next few years creating her own Harding experience.