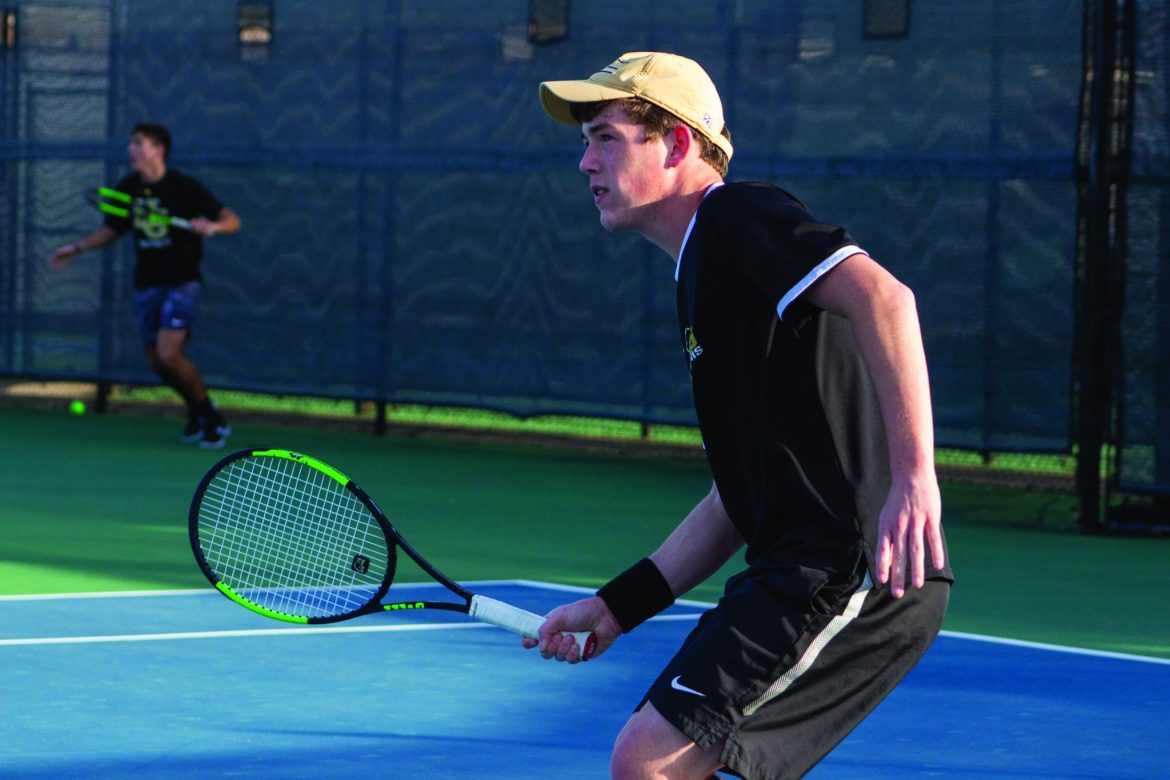 The Harding women’s tennis team enters the spring season ranked No. 2 in the Great American Conference (GAC), one point behind Oklahoma Baptist University, according to the preseason GAC Coaches Poll. The men’s team was also picked to finish second, according to the same poll. | Photo by Loren Williams

The tennis season begins today, and both Harding’s men and women’s teams are looking forward to what they hope will be a successful season.

The Harding women’s tennis team enters the spring season ranked No. 2 in the Great American Conference (GAC), one point behind Oklahoma Baptist University, according to the preseason GAC Coaches Poll. The men’s team was also picked to finish second, according to the same poll.

David Redding has coached both of Harding’s tennis teams for the past three years. He would not have been surprised if the women had been selected as the conference favorite. The Lady Bisons’ success this fall, combined with their depth make them difficult to beat, according to Redding.

“I feel that our top six will be one the strongest teams that Harding has ever fielded from top to bottom,” Redding said. “We have a very good chance — a very good opportunity — to qualify for postseason play this year. [It is] the best opportunity we’ve had in a number of years.”

“We trained a lot in the fall, and it looks like everyone’s playing pretty well right now,” Cox said. “Hopefully, we do well.”

On the men’s side, sophomore Morgan Salvan, who was regional and conference Freshman of the Year in 2018, said he hopes the team will win their conference this year and believes the depth they have added will make a difference. Harding added four additional players to their roster this season.

Redding said some of the men’s team players to look out wwfor will be juniors Alejandro Sendra and Luis Tirado, who were both all conference last year, and freshman Arthur Bellan from France. Redding also said that A.J. Barrington will be coming back
to play this year after having to sit out all of last season due to an injury. Cox, Salvan and Redding all said that they are hopeful to do well this season.

“This first weekend that we play, which is Feb. 1-3, both the men and the women’s team have four matches in three days — all against very tough opponents,” Redding said. “So right off the bat, we’ll know what kind of team we have.”

Harding opens the season with a match in Dallas, Texas, against Dallas Baptist University today at 10 a.m.