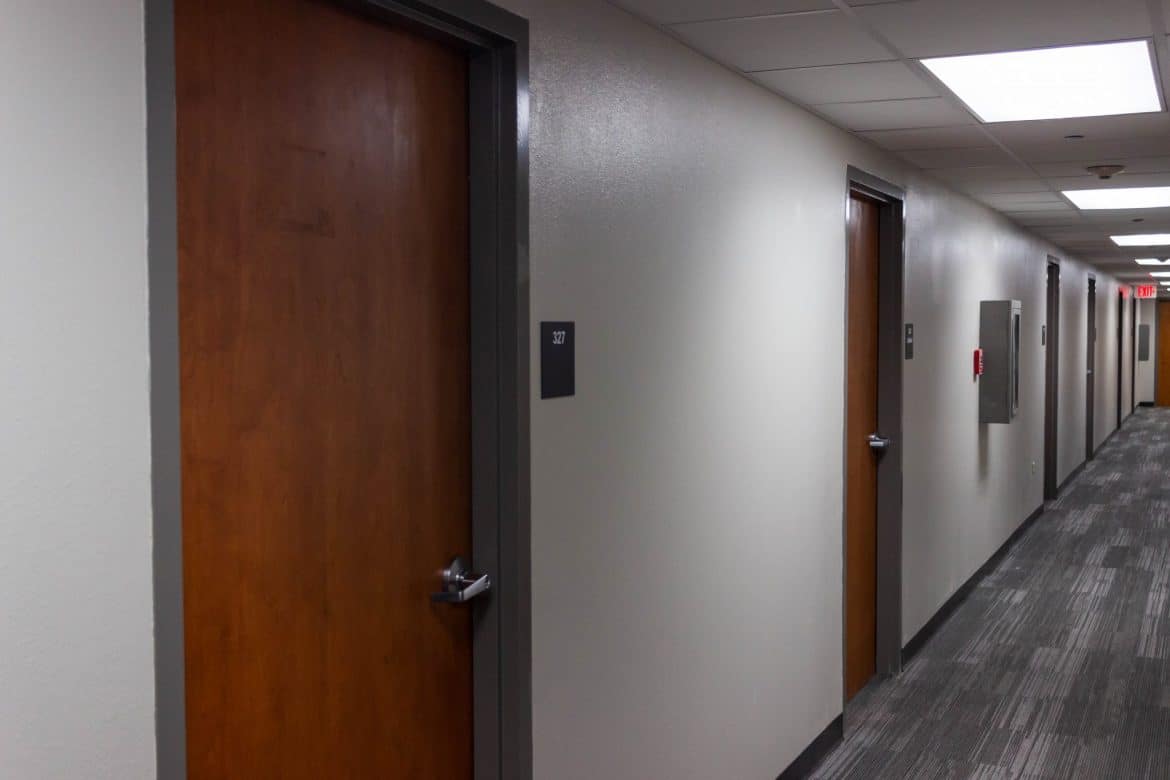 More than a year since renovations began on men’s residence hall Graduate Hall, renovations concluded in time for the spring semester of school to start.

Because there are two wings of the building, the project was split into two parts. The west wing was gutted and renovated first in the summer of 2018, while the east wing received new paint, carpets and a few other touch-ups.
For the second part of the renovation, the east wing was torn up, as well as two center staircases in the building, and remolded into more efficiently designed rooms.

In place of the two extra staircases that Graduate Hall previously held, three, three-person rooms were added to the floor plan. Other additions to the dorm include an exterior door to the trash room and lounges on each floor.
April Frazier, Graduate Hall residence life coordinator, said the renovation allowed for things on her wish list for the dorm to be checked off.

“The best thing of all was the community space for the residents that we added,” Frazier said. “Other parts of campus are really nice, and I’ve always felt that we needed to spend money to make the residence halls nice, too, because they actually live here.”

Junior Colin Smith, a new resident to Graduate Hall this semester, commented on how much he appreciated some of the new upgrades to the dorm. He said his favorite parts were the furniture in the rooms and hardwood floors because they are a dark bluish-black.

“I’m coming from Allen where you can’t move the beds,” Smith said. “All the furniture moves in Grad which is pretty nice. … We haven’t moved anything but we can move it and that’s what matters.”

The budget for the whole renovation of Graduate Hall was roughly $1.5 million, according to Director of physical resources Danny DeRamus. For this renovation, DeRamus said he worked with close to 50 employees as well as many subcontractors in order to finish the project in a timely manner.

“We try to stay on a rotation to do the dorms and keep them fresh as best we can,” DeRamus said. “We did Cone last year and Grad this year.”

Although the Graduate Hall renovation is completely finished, there are still plans to redo the parking lot attached to the dorm when there is some better weather.

Future renovation plans from the physical resources department, if approved, will include an indoor football facility, civil engineering labs in the Ulrey Performing Arts Center and a renovation of the student center.