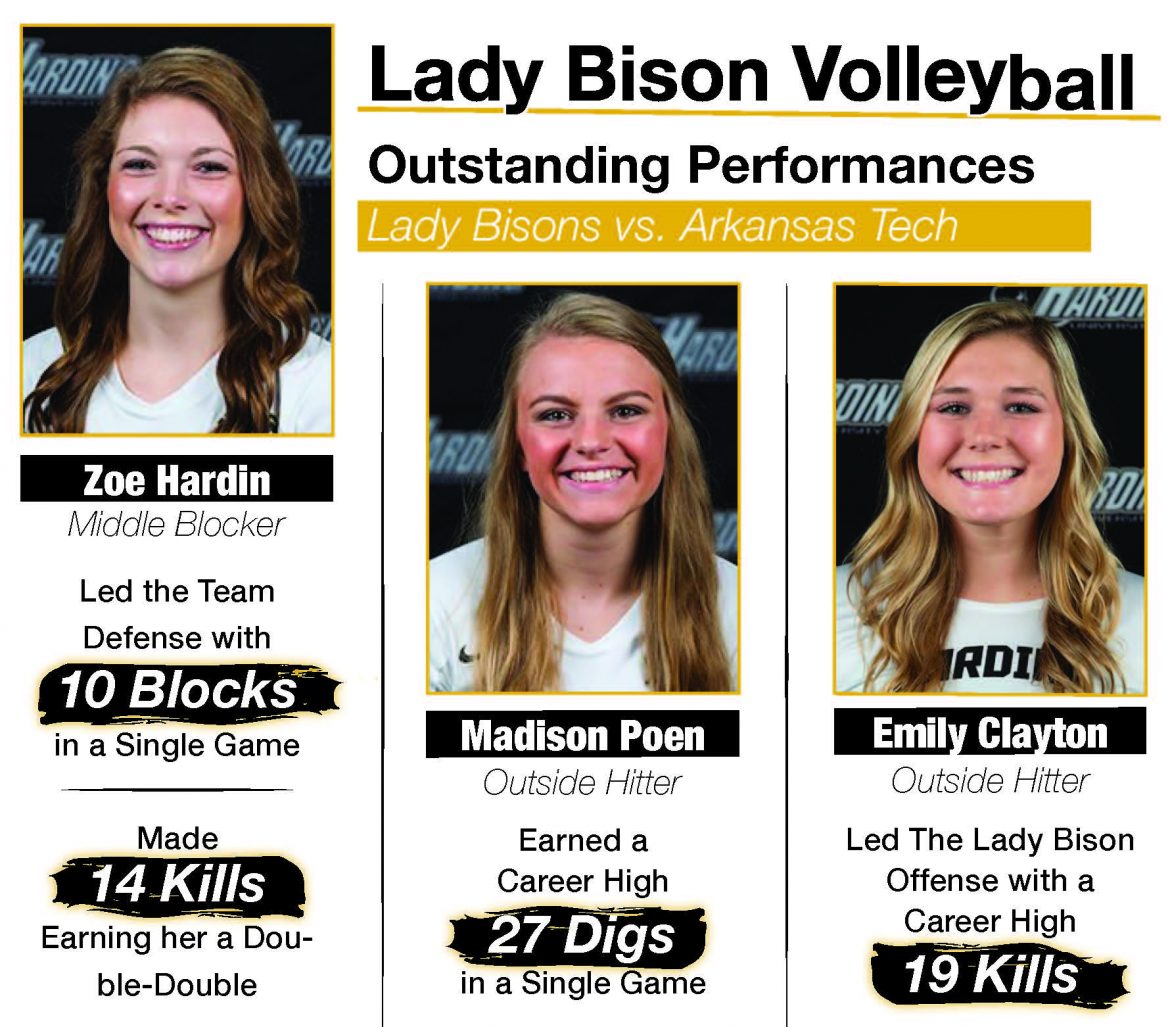 The Lady Bisons’ senior leadership made a big impact in the game as outside hitter Emily Clayton set her career high of 19 kills.

“It was awesome,” Clayton said. “I think Tech, in general, revs your engine up a little bit more, and being able to perform well felt good.”

Harding dropped two of the first three sets and had to come back and win the final two to take a 3-2 match victory.

“Our energy really bottomed out in the third set,” Clayton said. “But in the fourth set, we really came together and started having fun, and that helped us secure the final two sets.”

Harding jumped out to a 10-5 lead in the fourth set and would keep the momentum going throughout the frame to take it 25-21. The team racked up 16 kills and held Tech’s hitting to .163. In the shortened final set Harding started with a 6-1 lead, and with the score 12-7, Harding hammered three straight kills to win the set 15-7. In that frame, the Lady Bisons had five blocks and forced the Golden Suns into seven attacking errors.

With the win, Harding improves to 21-7 overall and 14-1 in the GAC. With Southwestern Oklahoma State University dropping their game Tuesday against Southern Nazarene University, the Lady Bisons secured the No. 1 seed in the conference tournament. Freshman outside hitter Katie Dather said it felt good to get the big win on Tech’s home court.

“Last year, [Tech] was the one that took us out of the tournament,” Dather said. “It felt good to take the championship photo in their locker room.”

The conference tournament will be held in Hot Springs, Arkansas, on Nov. 8-10.