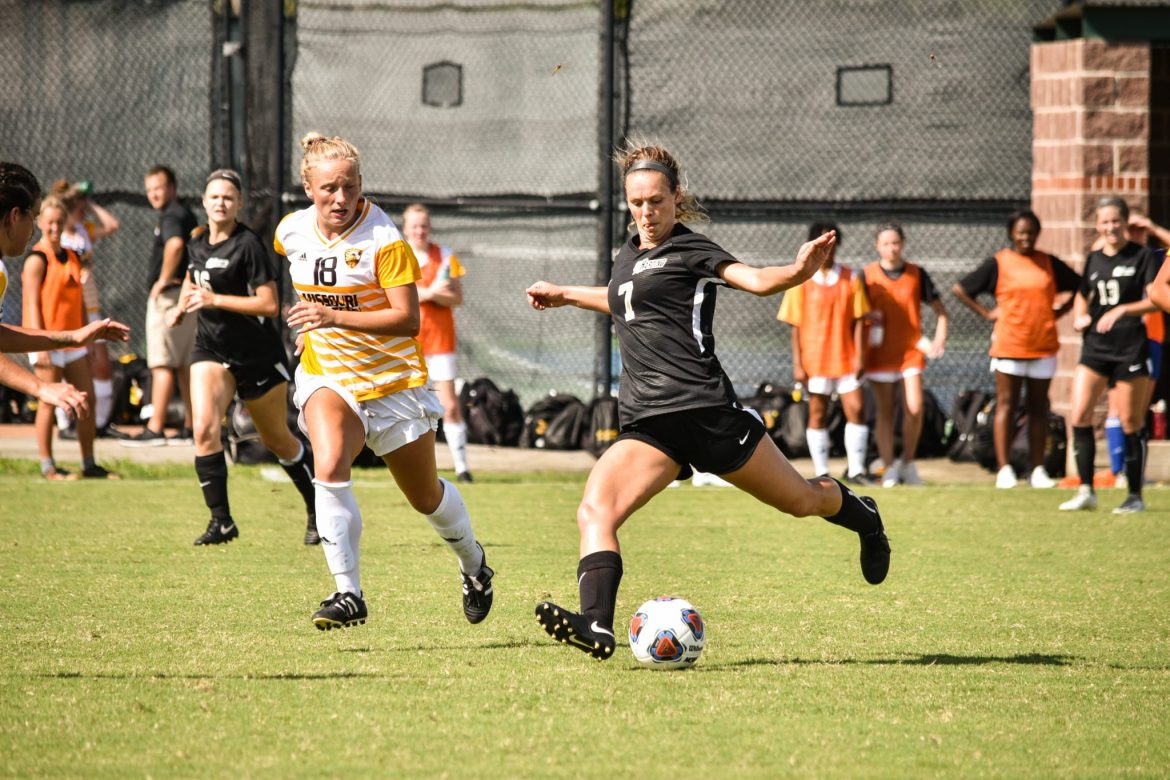 The Lady Bisons soccer team will make another appearance in the Great American Conference Tournament (GAC) tonight when they take on the Southwestern Oklahoma State University (SWOSU) Lady Bulldogs in Shawnee, Oklahoma. The team is just one year removed from a 3-0 loss to SWOSU in last season’s tournament, and they are 0-2 against the Lady Bulldogs this season. Even with odds stacked against them, Head Women’s Soccer Coach Greg Harris said the team is confident going into the match.

“Our whole season is Thursday night,” Harris said. “We have everything to play for, and nothing holding us back.”

Harris said all four teams in the conference tournament are 0-0, and the championship is anybody’s game. He said it is going to be difficult for SWOSU to beat his team a third time because his team understands the improvements that need to be made from previous matchups.

Harding lost 3-0 at home and 4-2 on the road against SWOSU this season. Harris said the games were much closer than the scoreboard shows, but his team gave up bad 15-20 minute stretches that ended up costing them the games. He said the team knows what they have to do now to get a win and move on to the championship game.

Harris feels confident because of the senior leadership among the Lady Bisons. Senior midfielder Bethany Sutherland leads the team in goals and has scored against SWOSU this season. Harris said he is confident in his defense as well. Two senior defenders, Mattilyn Reeder and Sierra Phillips, anchor the back line.

All five seniors on Harding’s roster have played in multiple tournament championship games. Harris said their leadership will be important if they are going to come out on top Thursday night.

Young players will also need to step up for the Lady Bisons. Freshman goalkeeper Ashton Springer will be pressed into starting duties for junior Jessica Woessner, who is serving a one-game suspension for a red card. Springer has started four games for Harding this season and has 29 saves, while giving up eight goals. Springer had a 10-save game against East Central University in the first game of the season, a 4-0 shutout victory. She also has three saves against SWOSU this season.

Harris said the team is confident in Springer and is excited about getting the opportunity to keep playing. He said the hard work came during the regular season. Now he just wants his team to have fun and play with joy.

Harding has been in a similar situation before; two years ago, they entered the conference tournament as the No. 3 seed and won the tournament championship, advancing 6-5 on penalty kicks. Harris said playing with joy is what helped Harding secure their second straight championship.

“This is not a walk that we haven’t walked before,” Harris said. “We’ve done this and we can do it again.”