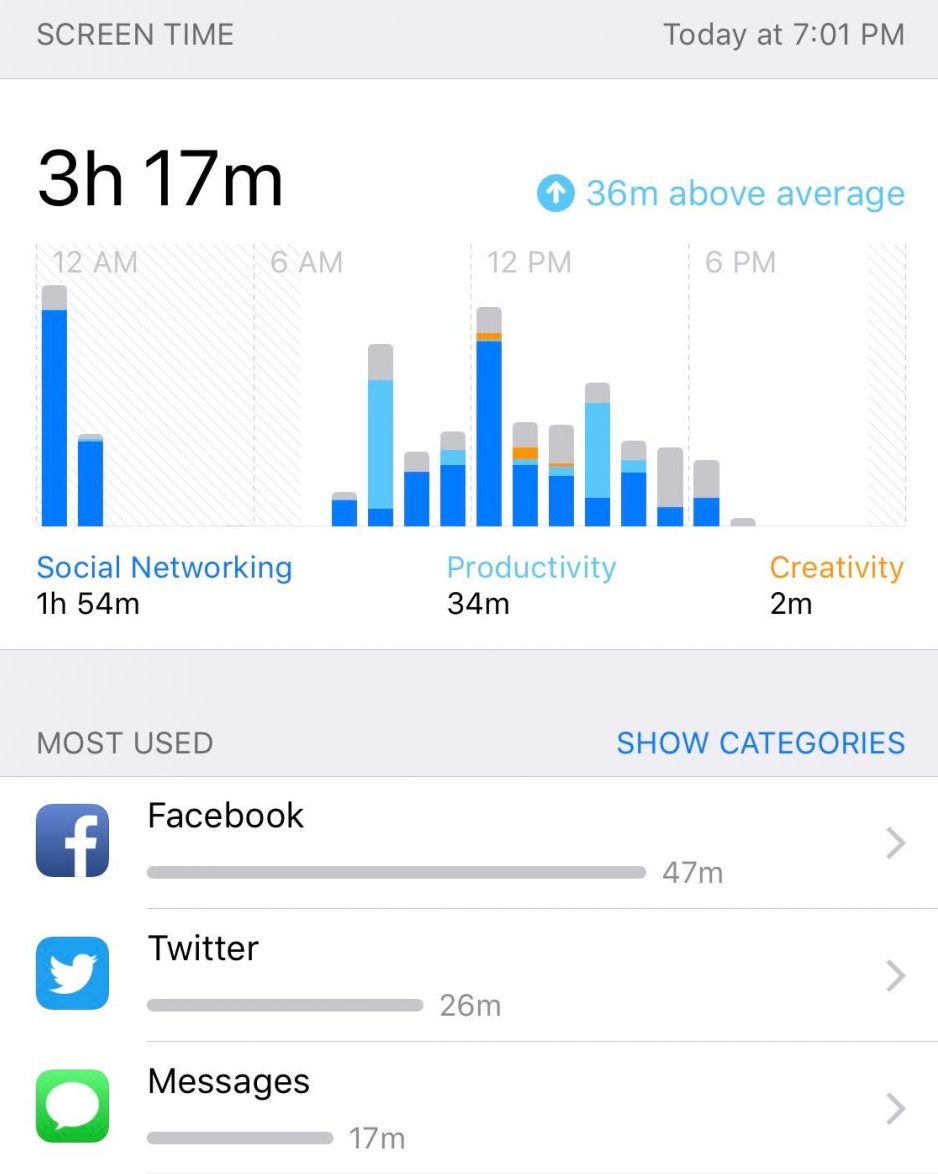 With the release of iOS 12, Apple’s latest smartphone operating system, it is now possible to know how much each of us are on our iPhones each week. A new feature found in settings, Screen Time gives reports of how much you use your phone and what apps you use most. It also allows you to set limits on individual apps or app categories.

“I found out I’m on my phone a lot more than I thought I was,” Rydl said. “I might be awake for eight hours, and my phone will tell me I was on my phone for seven.”

Before iOS, 12, Rydl thought she knew how much she was on her phone and that it was not nearly as much as it is. Her main apps used are Instagram, Spotify and iMessage. Rydl did not believe she was addicted to her phone prior to the release of Screen Time, but after seeing the results of her usage, she believes she is addicted and that her usage is problematic, so she has considered a social media fast.

Sophomore TK Geter does not pay much attention to the Screen Time feature. He did not update his phone until recently and does not feel he uses his phone too much.

“I’ve only checked Screen Time once I think, and it said I only used it a few hours a day,” Geter said. “So I’m not really worried about it.”

Geter believes he could still use his phone less but did not know he could set limits on Screen Time to limit his use of different apps. He said he might use that feature in the future.

Junior Andrew Jayne pays almost no attention to the Screen Time feature. He said he knows he uses his phone too much and would like tools to help him curb his usage. He did not know about all the tools available in iOS 12 to make it easier to limit phone usage.

“I find myself playing games on my phone when I need to be studying, or talking to people or even when I’m watching TV. It’s a huge distraction all the time,” Jayne said.

Jayne said that games and YouTube are his main time-wasting apps. He said he plans to use Screen Time more in the future to track his usage and use his phone less.

Jam out at the Jamboree

The Greatest Sports Movies of All Time, according to the Bison sports editors