Home Sports The Greatest Sports Movies of All Time, according to the Bison sports editors

The Greatest Sports Movies of All Time, according to the Bison sports editors 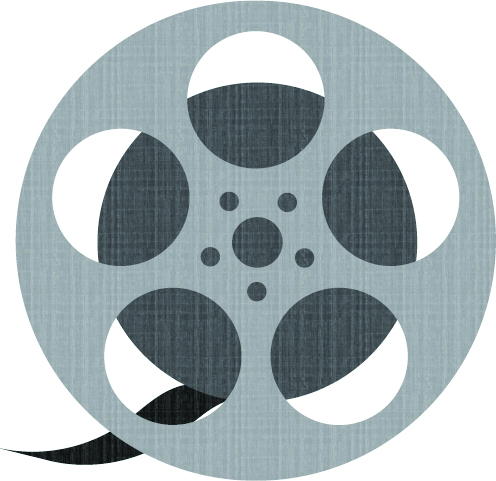 Not only does this serve as a great sports film, but its commentary on racial integration in sports creates the perfect blend of drama and comedy. Denzel Washington turns in a star performance, and the soundtrack is top notch. There is not a better feel-good movie in sports.

The pure humor and innocence of “The Sandlot” brings back memories of a time when the simplest of challenges were worth investing everything in. Whether retrieving a ball from a terrifying neighbor, standing up to the snobby kids across town or sneaking a kiss from Wendy Peffercorn, the kids in this movie remind us that even the smallest challenges are worth facing with all our effort.

Asst. Editor’s Note: The legend of the Beast goes back a long time — back to the 1960s. “The Sandlot” features the childhood I wished I had: running around, climbing fences and getting into trouble.

A lot like “Remember the Titans,” “42” provides viewers with a deep look into how black athletes and coaches were forced to fight their way onto the scene. The emotional struggle of Jackie Robinson provides a harsh view of the awful taunting and prejudice shown to those trying to break the color barrier. One of the trademark scenes occurs when Pee Wee Reese stands in solidarity with Robinson in Cincinnati and says, “Maybe we should all wear 42. Then, they won’t be able to tell us apart.”

Asst. Editor’s Note: There is no greater moment in sports history than when Jackie Robinson put on the number 42 in Dodger blue to integrate the most popular sport in America. “42” delivers perfect performances by Chadwick Boseman and Harrison Ford, and it is a powerful film.

When you think of American sports, seldom is hockey the first thing to come to mind. However, in “Miracle,” Kurt Russell manages to remind a team what nation it plays for. In perhaps the most patriotic scene in any sports movie, after hours of conditioning, Captain Mike Eruzione (played by Patrick Demsey) triumphantly yells “I play for the United States of America!” The story captures the essence of the greatest underdog story in sports while also giving context to the world it is a part of.

Asst. Editor’s Note: Every time I think of this movie, Al Michaels’s call of the ‘Miracle on Ice’ in the 1980 Winter Olympics plays over and over again in my head. I picture the buzzer sounding and Michaels’s voice: “Do you believe in miracles?”

“Rudy” … the story of how a small dreamer was not good enough to make the team, but whose teammates thought he had worked hard enough to deserve it. You know who probably did not put his jersey on coach’s desk: the guy who did not get to dress out for the last game of the year so Rudy could. Thus, the inconsequential player got to play at an inconsequential time in an inconsequential game; not to mention, Rudy was offsides.

Asst. Editor’s Note: “Rudy,” based off the real life of Notre Dame walk-on Rudy Ruettiger, would have made such a better basketball movie. The fact that Rudy has the entire crowd and team chanting his name as he walks onto the field lacks the understanding of how real walk-ons are treated at prestigious Division I programs. However, everyone loves the bench guys on the basketball team. They may only accumulate trills, but when they actually score, the entire team and crowd goes nuts. Shout out to Mark Titus … Club Trillion! “Space Jam” is the perfect representation of one of the greatest hypotheticals in sports history: what does humanity do if aliens come to earth and challenge us to a game of basketball? The answer, of course, is find Michael Jordan, the greatest basketball player of all time (or at least at the time the movie was made). He will defeat the Monstars. In this film, we also get to see the full length of Bill Murray’s basketball career, a great clutch man to bring off the bench.

The best line from the movie…

The burn from Bugs is the hard truth of Jordan’s baseball career. “Space Jam” came out in 1997, a season and a half after Jordan made his return to basketball. “Space Jam” may not be the most technically sound movie, but at the end of the day, it has Michael Jordan and Bugs Bunny. What more do you need?

Editor’s Note: How big of a flop is this movie? Although it is titled “Space Jam,” it does not take place in space. Michael Jordan puts on a performance akin to Shaquille O’Neal in a General Car Insurance advertisement, and the whole film is a bigger merchandise stunt than that time they turned ketchup green to promote “Shrek.” It is not a good movie. Stop acting like it is.

A more serious pick, “Remember the Titans” is based off the true story of Herman Boone’s attempt to integrate the football team of T. C. Williams High School in Virginia. Boone is played by one the most talented actors of all time, Denzel Washington. One of the best scenes in the movie is the Gettysburg scene, in which Boone leads a march at training camp to the battlefield of Gettysburg and tells his team:

“You listen. And you take a lesson from the dead. If we don’t come together, right now, on this hallowed ground, we too will be destroyed, just like they were. I don’t care if you like each other or not. But you will respect each other. And maybe, I don’t know, maybe we’ll learn to play this game like men.”

“Remember the Titans” never gets old: it has Denzel’s performance, moral lessons, surprisingly good cinematic football scenes, and the one-liner “sunshine.” It’s not just a great sports movie, but it would make the list of the greatest movies of all time, too.

Editor’s Note: This is the greatest sports movie of all time. No debate here.

“The Sandlot” is another one of my childhood favorites. Really, all of these movies are, but I always wanted to be Benny “The Jet” Rodriguez. I even bought P.F. Flyers so that they could make me run faster and jump higher. Unfortunately, that never happened. “The Sandlot” takes you back to the summers where all you wanted to do was play baseball with your friends. For this group of friends, the baseball is cut short when one of them launches a ball signed by Babe Ruth over the fence into a yard guarded by a giant killer dog called “The Beast.” There are several great lines in the movie, but the most quotable is, “you’re killing me, Smalls.” The trash talk in the film is also high quality; Ham’s back and forth with the little league team captain is simply great. The smack talk culminates in Ham saying, “you play ball like a girl,” a line that has not aged well, but was rectified in the sequel. “The Sandlot” has just the right amount of profanity for a PG family movie, but it also makes you question why your parents allowed you to watch it in the first place.

Editor’s Note: Heroes get remembered, but legends, including this film, never die.

“A League of Their Own” features America’s sweetheart, Tom Hanks. The film is a fictional display of the real life All-American Girls Professional Baseball League (AAGPBL). The AAGPBL was started in World War II, while most of the male players were off fighting in the war. Thus, a league for women was started. Hanks plays Jimmy Dugan, the manager of the Rockford Peaches, and he has his work cut out for him. The most memorable scene, and the reason the film is on the list, is when Dugan screams at outfielder Evelyn Gardner for throwing home and allowing the go-ahead-runner to get to second base. Gardner begins to cry, and Dugan reminds her of another one of baseball’s unwritten rules.

There may be no crying in baseball, but there is laughing, and there are a lot of laughs in this movie. Plus, it has a feel-good feminist story to it.

Editor’s Note: Tom Hanks is a legend among men, and he makes this movie. But, what does it say in a female-dominant, woman-empowering movie when the biggest star is the man?

5) “Angels in the Outfield”

“Angels in the Outfield” hits home with me. I watched it several times as a kid and always wanted the ability to see angels as I watched baseball games on TV. The story follows a foster child, Roger, who sneaks into California Angels games with his friend, JP. The Angels are in last place and cannot seem to get help from anyone on the team. At the games, Roger sees angels coming down from heaven and assisting the players in the games; this special sight puts him in the good graces of Angel’s manager George Knox, played by Danny Glover. The whole film is summed up in the catchphrase of JP, “it could happen.” There is no better line to describe a movie about angels grabbing their gloves and heading down to the diamond. A lot of prayers are said on game days, and maybe “Angels in the Outfield” shows that God is a sports fan and that angels are responsible for all the great highlights we see. Who knows? It could happen.

Editor’s Note: The heartfelt ending to this movie cannot overcome the poor production quality and plot holes. Why do angels choose to support one team over another? And why can they help a team win for half a season but not in the final game?

The Greatest Sports Movies of All Time, according to the Bison sports editors was last modified: January 24th, 2019 by Bison Staff
42A League of Their OwnAngels in the OutfieldMiracleRemember the TitansRudySpace Jamthe Sandlot
0
Facebook Twitter Google + Pinterest

‘Tis the season for the perfect date