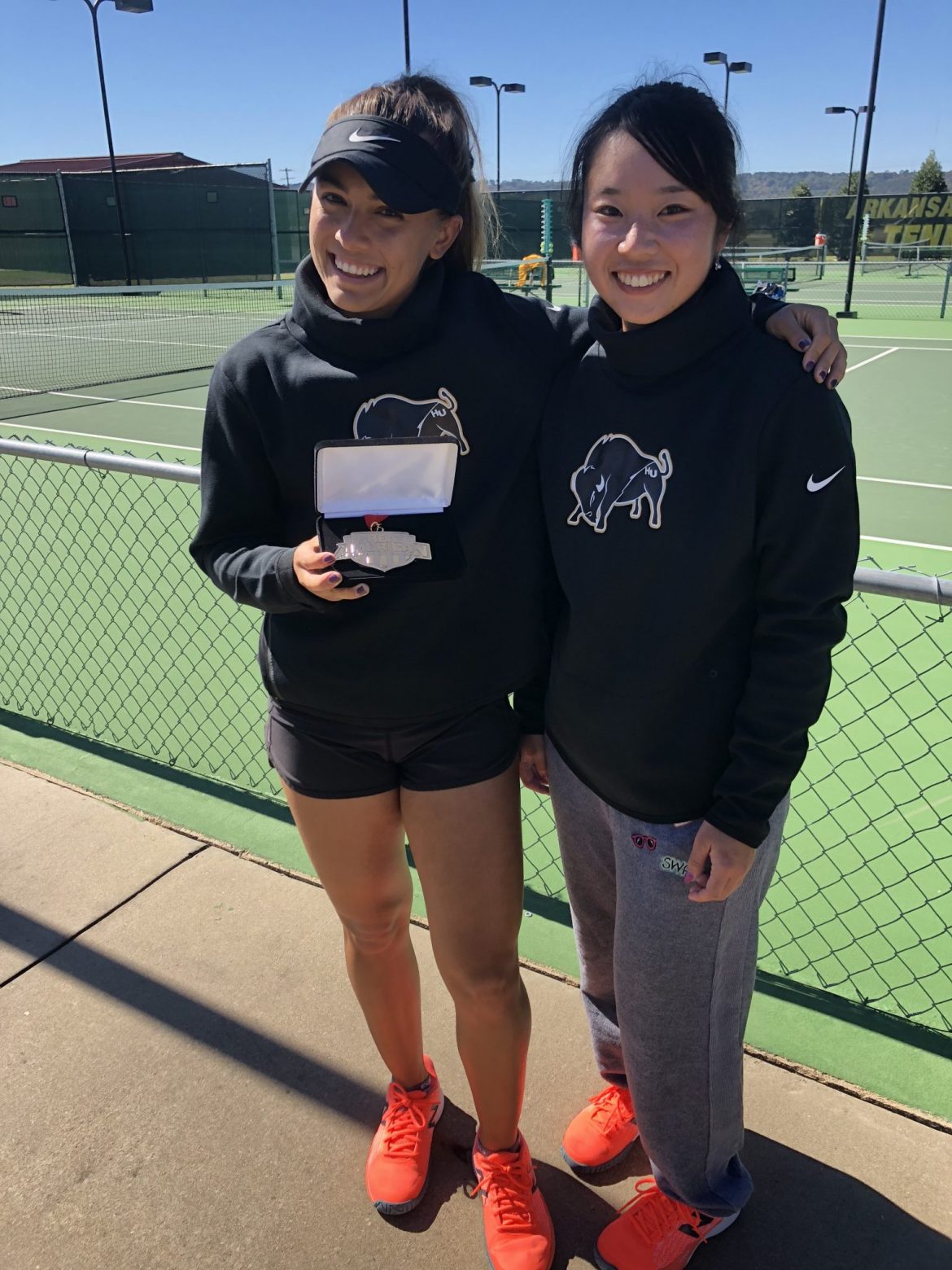 Harding’s Head Men’s and Women’s Tennis Coach David Redding said he was impressed with how both teams played in the tournament, and that it was good competition for his team to face as they prepare for the competitive season in the spring.

“Winning their matches gives the rest of the team confidence and motivation for working hard going into the spring matches,” Redding said.

This was the first time in a tournament that Trevino and Pierola have played together. They said that a few injuries shifted the team around.

“All the practice matches that we’ve played together helped us a lot,” Pierola said. “We understand how the other person wants to play.”

Both Trevino and Pierola played several singles matches before they played in the doubles tournament; Trevino said their toughest doubles match was in the second round.

“In doubles matches, you have to think and play as one mind on the court instead of playing like an individual,” Trevino said.

In the women’s final, Cox faced her Harding teammate and doubles partner senior Arisa Takanashi. She said that it was fun to get to play her, and that the game was interesting since both players knew the style that the other played.

“It felt like we were just practicing,” Cox said. “We play each other every day. It didn’t really feel like a final match at all.”

Cox is a transfer from Coastal Carolina University, which is a Division I program. She said she has enjoyed her time at Harding thus far and loves that Harding is a Christian school.

“I love the team atmosphere and the bond that we have,” Cox said. “I really enjoy being here at Harding and that makes me play better.”

For now, both teams are practicing until the spring team competition starts in February 2019. Trevino said the team’s goal is to win the conference. He believes that with hard work and the talent they have, they can make their goal a reality.

“If [the women’s tennis team] plays to the best of our ability, we feel like we are one of the best, if not the best in the conference,” Redding said.

Several of the other women’s tennis players were in the final or semi-final matches in their respective flights. Cox said winning in this tournament makes her excited to get to play with her teammates and to win more tournaments in the spring.