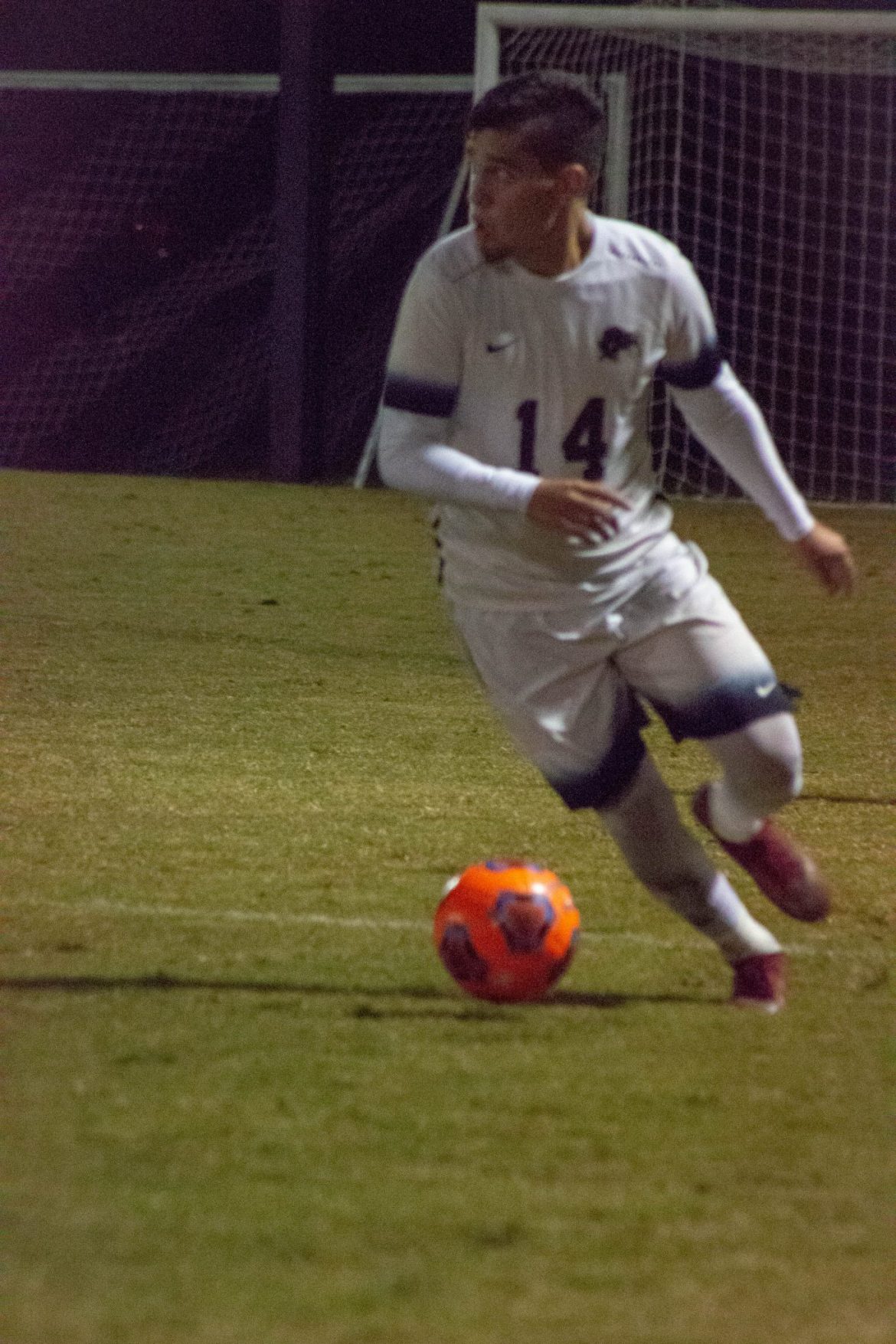 The team’s six seniors were honored pre game in front of a packed crowd at the Stevens Soccer Complex.

The game was billed as a winner-take-all for the GAC title and the right to host the GAC conference tournament next weekend. Harding and OBU entered the game tied for the conference lead with records of 3-2.

It was a defensive affair early on, and shots were at a premium. The Bisons were only able to produce 12 shots over the course of the game, three of which were on goal. OBU only managed five shots on target and 15 total shots.

The first goal-scoring opportunity of the evening came as OBU’s midfielder Abraham Lazo fired a shot on goal in the 14th minute, but senior Bison goalkeeper Michael Wasson made his first of five saves in the game. Wasson has been the GAC goalkeeper of the week three times this season and is third in the conference in save percentage with .800. Wasson is also fifth in the conference in saves and third in shutouts. He holds the school record with 16 shutouts.

The game’s only goal came in the 55th minute via the boot of junior defender Christian Ramos, who netted his league-leading fifth goal of the season just inside the far-post from 18-yards away. The play was set up on a pass from senior forward Jason Diaz. Ramos has 16 career goals, making him tied for fifth in program history. He has scored many crucial goals this season. His game-winning goal Tuesday night was his third game-winner of the season and fifth of his career, tied for most in team history. Diaz’s assist leaves him one short of the current Harding assist record.

After Harding’s lone goal, OBU did not have a single shot on goal for the final 35 minutes of the game.

With the win, Harding improves to 9-5-1 on the season and 4-2 in conference play. The Bisons are currently ranked No. 4 in the Division II Central Region rankings.

Their next game will take place on Nov. 2 against Oklahoma Baptist in the first round of the GAC tournament. As a result of Tuesday’s victory, Harding will host the tournament.

Homecoming tailgates: Best of the Best