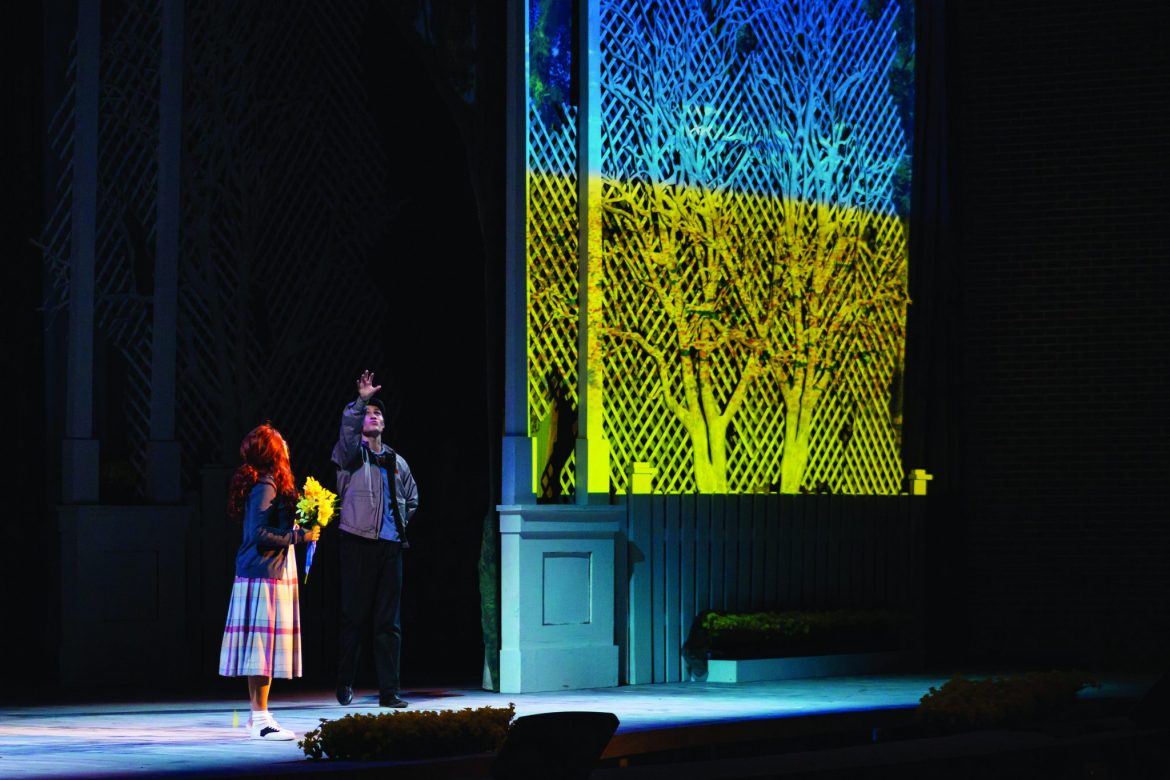 The Harding University Department of Theater’s Homecoming production of “Big Fish”and the people behind it are attempting to capture its larger-than-life quality on a scale that they have never attempted before.

Ben Jones, assistant professor of theater and technical director of Big Fish, said that while the theatre department has used projections in musicals before, they have never done “anything on this scale.”

The musical will utilize several large-scale projectors to display images and backgrounds for the play. By using projectors, the theatre department will be able to move away from static backgrounds and use moving scenes to display sets. Jones said the idea to use projectors for this production was a “collaborative decision” between himself and Britt Lynn, associate professor of theatre and the set designer for the production.

Compared to the typical work hours required for a traditional set, Jones said this production required more man hours for fewer people, explaining that with a normal set, many students can get together to paint backdrops, whereas this was not the case with“Big Fish”.Each projected image needs to be manually adjusted on a computer in order to be projected on a large scale in the George S. Benson Auditorium.

Junior Sarah Arbuckle, a theatre design and production major said she started working with the theatre department on making artistic choices for the musical over the summer. Arbuckle said the artistic goal for this production of “Big Fish” was to figure out how to mix the realism with the fantasy. According to Arbuckle the fantasy aspect of the musical would be achieved through the projections, which required the production crew to design the set in such a way that it is composed both of set pieces that are beautiful on their own and also able to have images projected onto them.

“It’s technically and emotionally very different from any show we have attempted before, and I think that it’s going to surprise the audience in a very positive way,” Arbuckle said.

“Big Fish”is also quite different in tone than other plays that Harding has produced before.

“What is different about this show is that it takes on the very serious message and the very serious world surrounding this father and son relationship,” Jones said. “It has a very serious tone to it, and in the midst of all that it has this very classical, american music stage musical feel of ‘let’s do a song and dance number.’”

“Big Fish”will show in the Benson Auditorium on Oct. 19 and Oct. 20. You can purchase tickets online at www.hardingtickets.comor in the alumni office from 8 a.m. to 5 p.m.

In the family tree

Then & Now: Alumni reflect on Homecoming