Home Lifestyle In the family tree

In the family tree 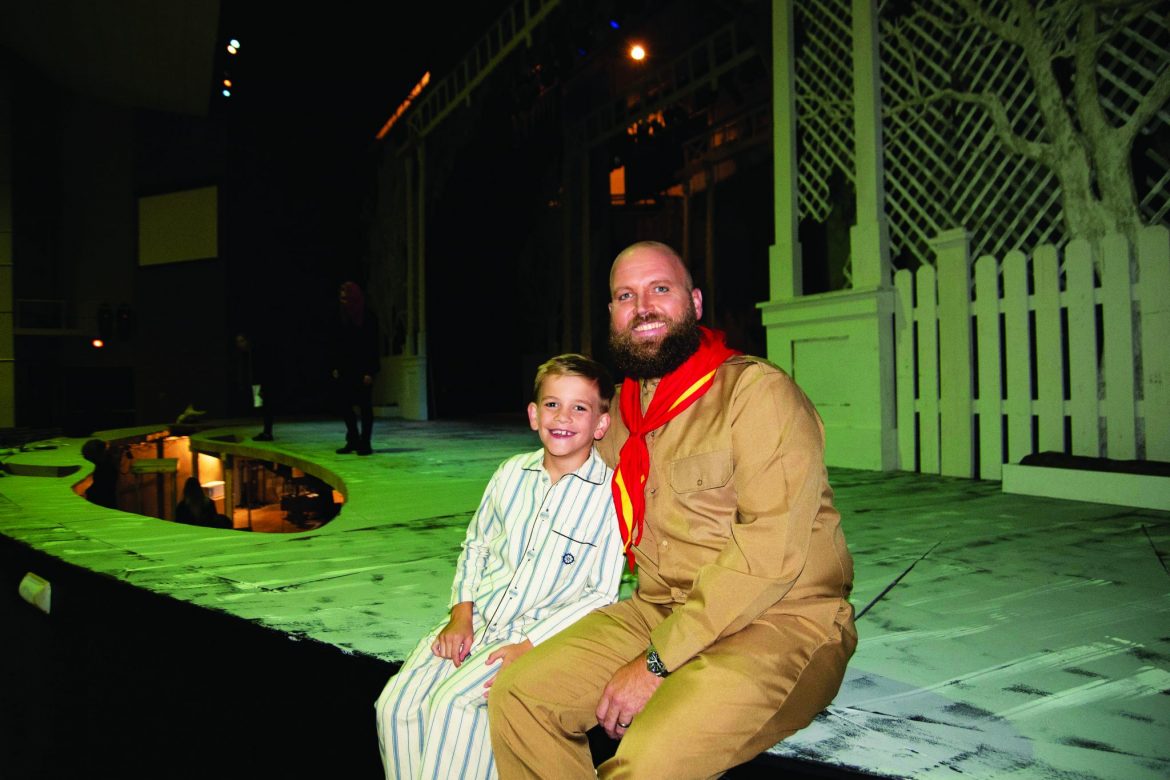 “Big Fish,” this year’s Homecoming musical, illustrates the relationship between a father and his son through present-day events and flashbacks. Within the cast, the show also includes a real-life father-son team: Luke and Joel Hoggard.

Luke, a second-grader at Harding Academy, plays “Young Will Bloom,” the past-day version of the same character played by senior Daniel Norwood. Joel, a local real estate agent, appears as several characters throughout the musical, including a scout master and a circus performer.

“Luke was the best fit for the role because of his talent and his look and size,” Cindee Stockstill, the musical’s producer, said. “We decided to add Joel into the show in some scenes to highlight good father-son relationships.”

According to Stockstill, “Big Fish” brings to life the “fish tales” Will Bloom heard all his life from his father, Edward Bloom, played by sophomore Max Ross. Unlike the Hoggards, the Blooms have a strained relationship, and have had one for a long time. While their relationship is not reflected in that of their characters, the Hoggards said they have seen a few parallels.

“Luke’s character plays with a constant eye roll toward his dad,” Joel said. “I’m pretty sure Luke didn’t need much motivation to identify with his character there.”

Neither Luke nor Joel are new to Harding performances. “Big Fish” audience members may recognize Luke from his role as “Little Jake” in last year’s Homecoming musical, “Annie Get Your Gun,” or from his participation in several Spring Sing shows. Joel, along with his daughter (and Luke’s sister) Isabel, was in “Shrek the Musical” in 2014. This year, however, is the first time Joel and Luke have shared the stage. The Hoggards said they have enjoyed preparing for the musical together, though the process has not been without challenges.

“Initially, it took some self-control to not try and correct him up on stage,” Joel said. “Cindee Stockstill was quick to tell me that she and [‘Big Fish’ director] Ben Jones were in charge of his acting, and that my job was to be a cheerleader and encourager.”

Several times a week throughout the semester, the Hoggards joined the rest of the “Big Fish” cast for rehearsals. Though the schedules of a real estate agent and second-grader differ greatly from those of college students, Joel said the cast and crew were understanding of their time.

“The director and the producer have done a great job of really only having us there when they need us, because Luke is so young,” Joel said.

Stockstill said that while Luke is young, his talent and supportive family create the perfect combination for a young cast member.

“Joel and Luke are an excellent example of how a father-son relationship is supposed to work,” Stockstill said. “It has been fun watching them interact both on stage and off.”