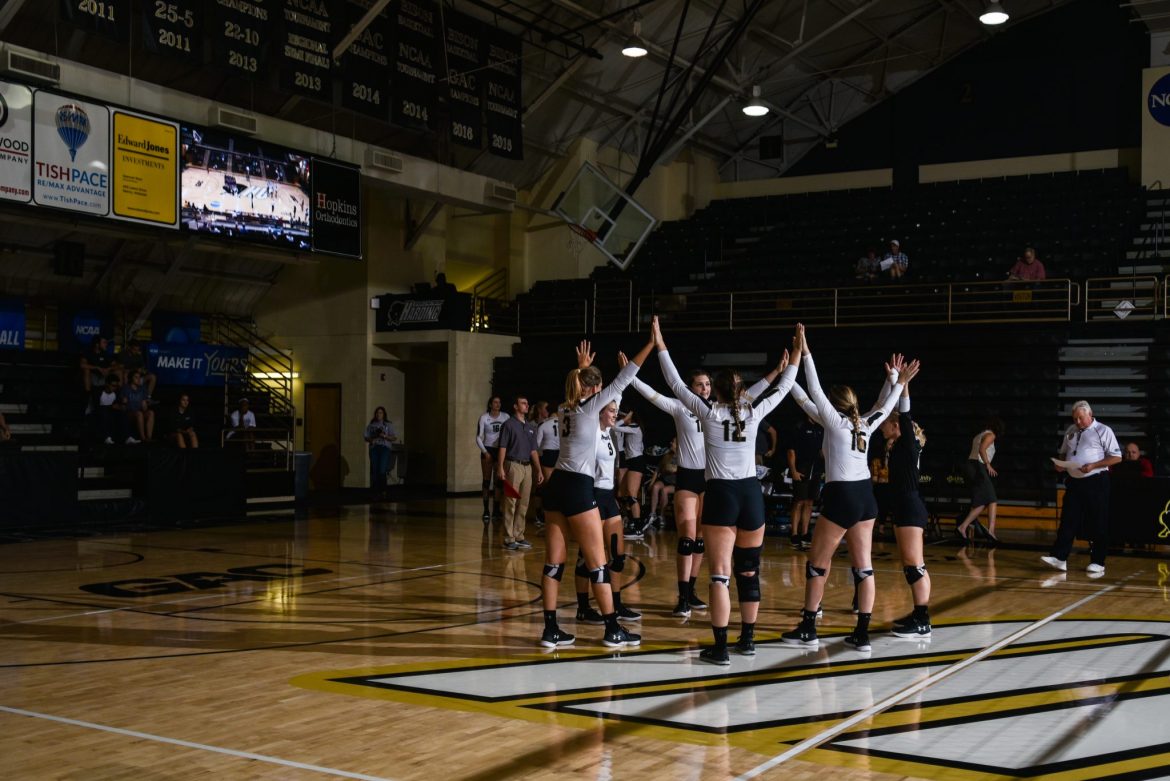 The team is 10-1 in conference play. Their only conference loss came against Southwestern Oklahoma State University on Oct. 5. Fear said she believes it would have been a different outcome had it been a home game.

“They just weren’t as sharp as they needed to be in someone else’s environment,” Fear said.

Senior middle blocker Zoe Hardin said the loss makes it even more important to win the remaining conference games in order for the team to go on to the tournament and make it to the NCAA Championship. Hardin said the team has a number of little things to work on, but they specifically need to start running a quicker offense and pick up the defense.

“To win it all in the end, we have to be able to play good volleyball — our best volleyball,” Fear said. “No matter what the external circumstances are, but to rise above that and still play at our best level of playing.”

Senior defensive specialist Taylor Lake said the NCAA Championship is their ultimate goal. Hardin said it is especially important to win this year because half of the team are seniors, meaning this is their last chance to accomplish that goal.

Fear said her goal for the team this season is to make it back to the conference tournament, where the team finished fifth last season.

“I think they are really hungry for it, and I’m excited to see when we get back there if I will see that same type of urgency, hunger and drive that I did last year,” Fear said.

Lake said due to the amount of time the team spends together during the season, they have all become close to one another, which is seen in how well they work together.

“We all have common goals and interests which is really beneficial,” Lake said.

Hardin agrees that everyone is just as much friends on the court as they are off the court, which makes the transition onto the court easier, and it makes them want to work harder for one another.

Players Only | the ‘old guys’