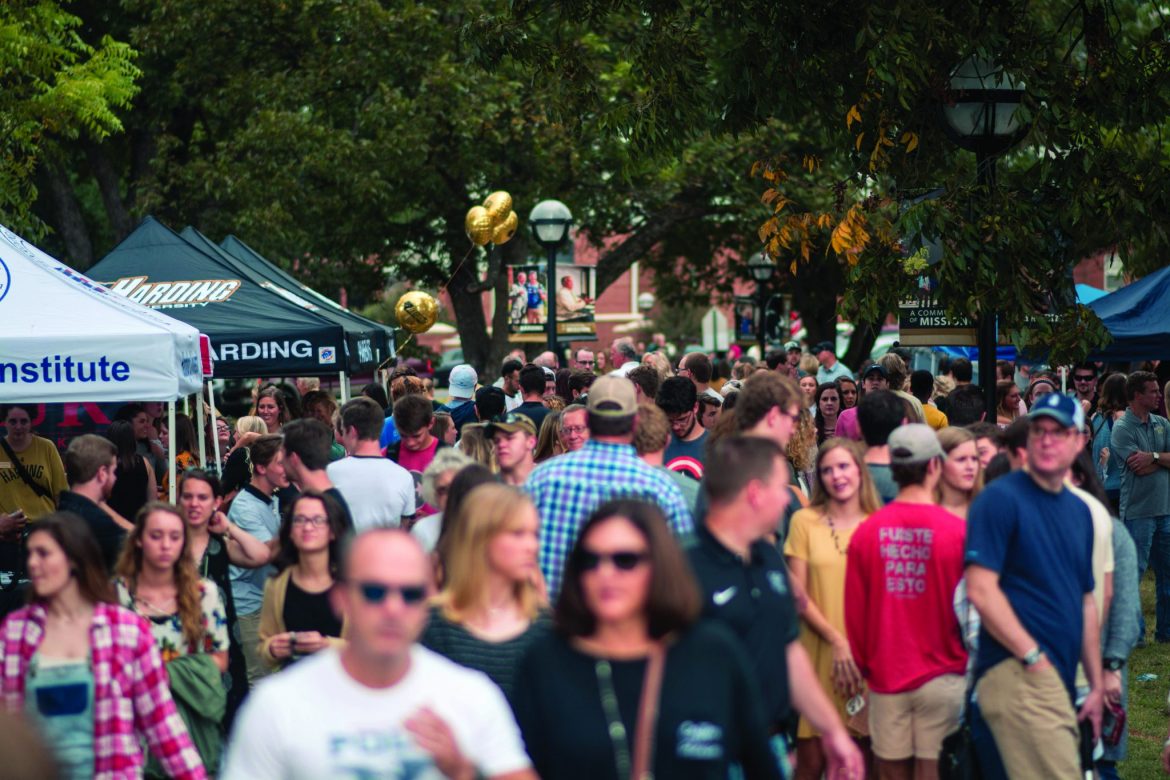 Way before social clubs dominated the tailgating scene, a group of several faculty and friends from the community met in front of the Ganus Activities Complex to enjoy a meal together before a Bisons football game. They enjoyed their time together so much that they decided to continue their time together- that was 30 years ago in 1988.

The idea was born during a discussion about different tailgating traditions from the Southeastern Conference and other schools they had visited. Beckie Weaver, dean of the College of Allied Health, was one of the original tailgaters.

“We were talking about the tailgate traditions of the Southeast Conference and other schools that we had been to,” Weaver said. “We said, ‘why don’t we tailgate at the Bison game?’ So, we decided that we would, and we met under the pecan trees in between the Ganus Athletic Center parking lot and the football stadium parking lot.”

Weaver said when tailgating had become more popular, the Alumni Association held a contest for the best tailgate, and their group won the first two years back-to-back.

“We were usually low-key but when it came time for the competition, we knew we could win,” Weaver said. “It was so much fun, and we put a ton of time and effort into it.”

The group goes back multiple generations. Cliff Ganus, professor of music, has watched his family be a part of the group for many years and said that the group has been a great source of community.

“I enjoy being part of the group because it includes a lot of us who have been friends for a long time. A number of us are in the same Sunday morning class and have been for 20 plus years,” Ganus said.

Ganus and Weaver said some of their favorite memories are getting to see all the generations come together each week to cheer on the Bisons. The group has changed over the last 30 years due to people moving away, as well as friends who have died or whose health keeps them from tailgating. But Weaver said the two constants are Chanellor Clifton Ganus and Buff the Bison, Harding’s mascot, who visit their tailgate whenever they can.

If it is raining or too cold to tailgate outside, the group always moves its tailgate into the Ganus Activities Complex lobby. Some weeks, the tailgating group grills food and goes all out with decorating, and other weeks they may simply have football plates and pizza. Nevertheless, the group never misses an opportunity to support the Bisons.