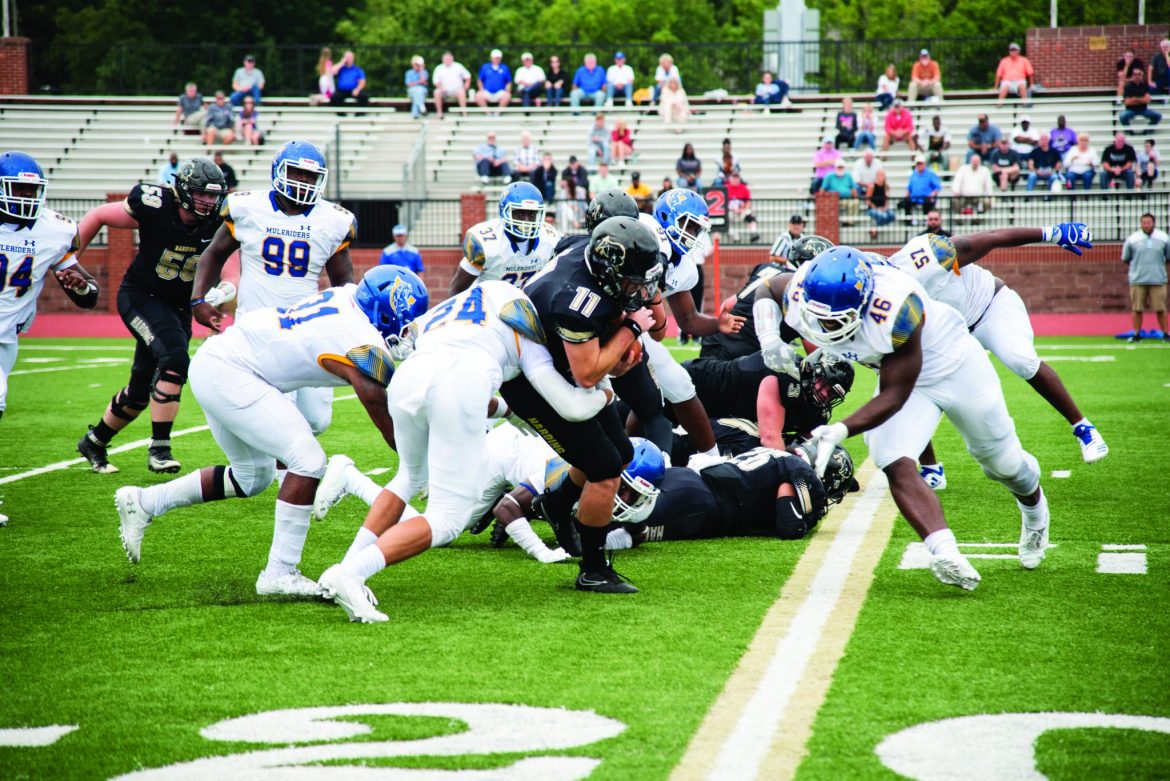 If failure is a part of life, then injuries are a part of sports. Injuries seem to be more prevalent in contact sports like football, soccer and basketball, but injuries can happen anywhere from gymnastics to the gridiron. Over the past several years, the one injury that has left the sports world uneasy is concussion.

A fear of concussions is leading to major rule changes in sports like football, where contact to the helmet area is now forbidden. Several youth soccer leagues do not allow heading the ball to prevent that contact at a young age.

“When it comes to concussion, we are looking for them more now,” Head Women’s Soccer Coach Dr. Greg Harris said. “We are more careful with head injuries now than we were three or four years ago.”

Yes, concussions can be scary, but all injuries impact athletes. Harding’s Head Athletic Trainer Ronnie Harlow said after injury, athletes can go through several stages including denial and depression but also determination.

“They can kind of go through a funk because their season may be over, and they don’t know what to do,” Harlow said. “But after a while they begin to start thinking positively and being making efforts to get back to the field.”

Most college athletes have trained their whole lives to play at the collegiate level, so when an injury happens, they want to get right back in the game.

“Most athletes will play through anything— a shoulder, a knee, an ankle— because they love what they do,” Harris said. “Coaches and athletic trainers have to be watchful and objective when athletes want to play through injuries, because they know there is more to life than sports.”

Harris said the worst part about injuries is not having players as involved with the team. Players spend practice time rehabbing and do not get to go through drills and exercises. He said practice is sometimes harder than the game, and when teammates go through a hard practice together, it strengthens their camaraderie Harris said that it is always great to see injured players and encourage them on home game nights.

“It takes a strong person to go through the injury recovery process,” Harris said.

One of those athletes is Bison’s senior defensive back Brandon Brice, who battled a shoulder injury his freshman season. Brice said he was initially able to play through it, but would need to be in a sling for six weeks and to refrain from anything physical for five months. Brice said the mental effects of the injury were often worse than the physical. After he returned to play, Brice made sure that he was not hesitant in his reactions on the field.

“If you play worrying about getting hurt, then typically, that is when an injury happens,” Brice said.

Injuries are a part of an athlete’s life. When you get to the college level, most athletes experience some form of injury, Harris said. But the drive and determination to come back have him marveling at his players.

“So many athletes will go through months of rehabbing an injury just to get one more minute of game action,” Harris said. “That’s just who they are.”