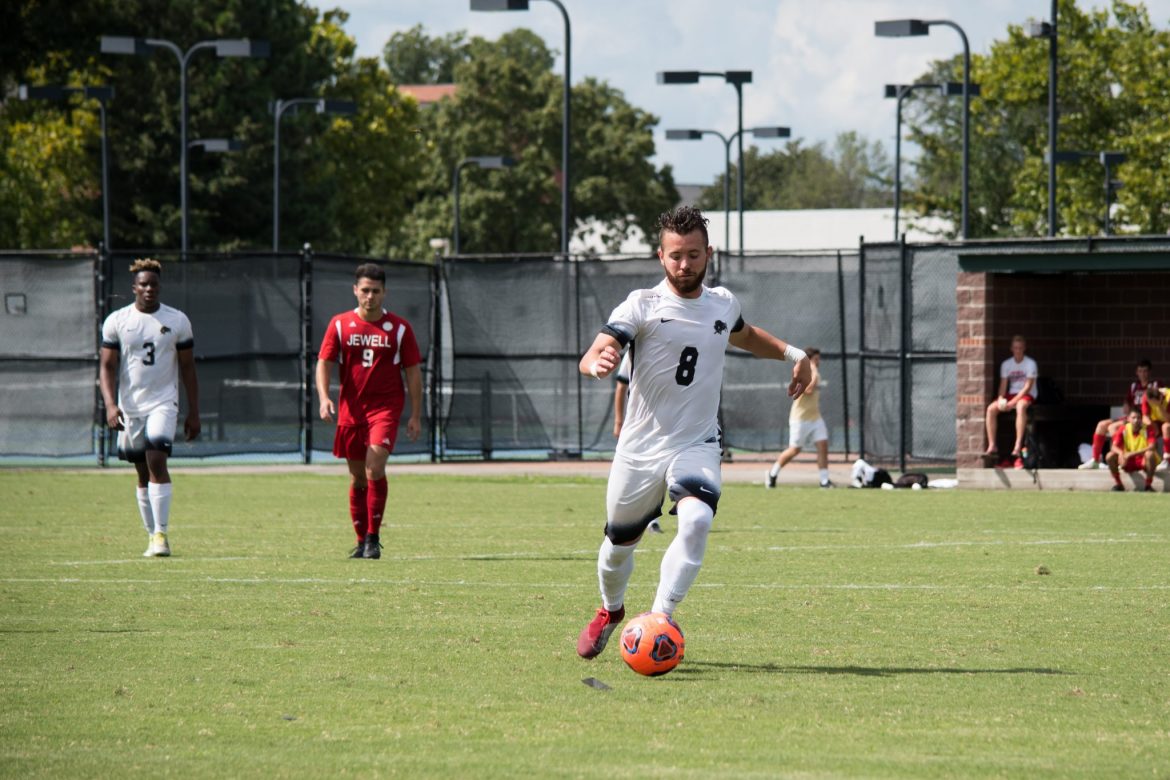 Starting the season off in first place in the Great American Conference (GAC), the Harding men’s soccer team kicks off the season strong with their eyes set on the conference championship. However, this year, several unexpected challenges are set before the team.

The team has played well, despite some key injuries, winning four of their first five games. Harding’s 4-0-1 start is the best five-game start in program history.

Head Men’s Soccer Coach Jon Ireland said while there have been more wins than losses, there is room for improvement.

“You play consistently good no matter who you are playing,” Ireland said. “If you want to be a championship team, you have to be consistent. You can’t turn it on and turn it off.”

Ireland said goals for this season include a win for the conference championship and making it to the NCAA tournament. From the team’s perspective, these are both the end goal for the season. Ireland said, in order to achieve this the team needs to stay healthy and play.

The young season has seen some notable individual performances. Senior goalkeeper Michael Wasson has been named the GAC Goalkeeper of the Week three weeks in a row. Wasson has two shutouts on the season, and he reeled in six saves Sunday on the road against Lindenwood University. The team as a whole has swept the players of the week awards the past two weeks.

Coach Ireland, however, wants the team to focus on getting better every day. Rather than looking too far ahead, the team focuses on how they can achieve their goals right now.

“The group has worked well together thus far,” freshman midfielder Jack Savage said. “But there is always room to improve.”

During their four-game winning streak, the team had a plus five goal differential, including two shutout wins against Oklahoma Christian University and Southwest Baptist University (SBU).

Even though the season is young, Harding is in a good spot atop the conference. Savage said that it has been fun playing with the team thus far.

“We all the love the game, and we love our team,” Savage said. “That is what I really enjoy about this program.”

Managing to make it