Home Features Managing to make it

Managing to make it 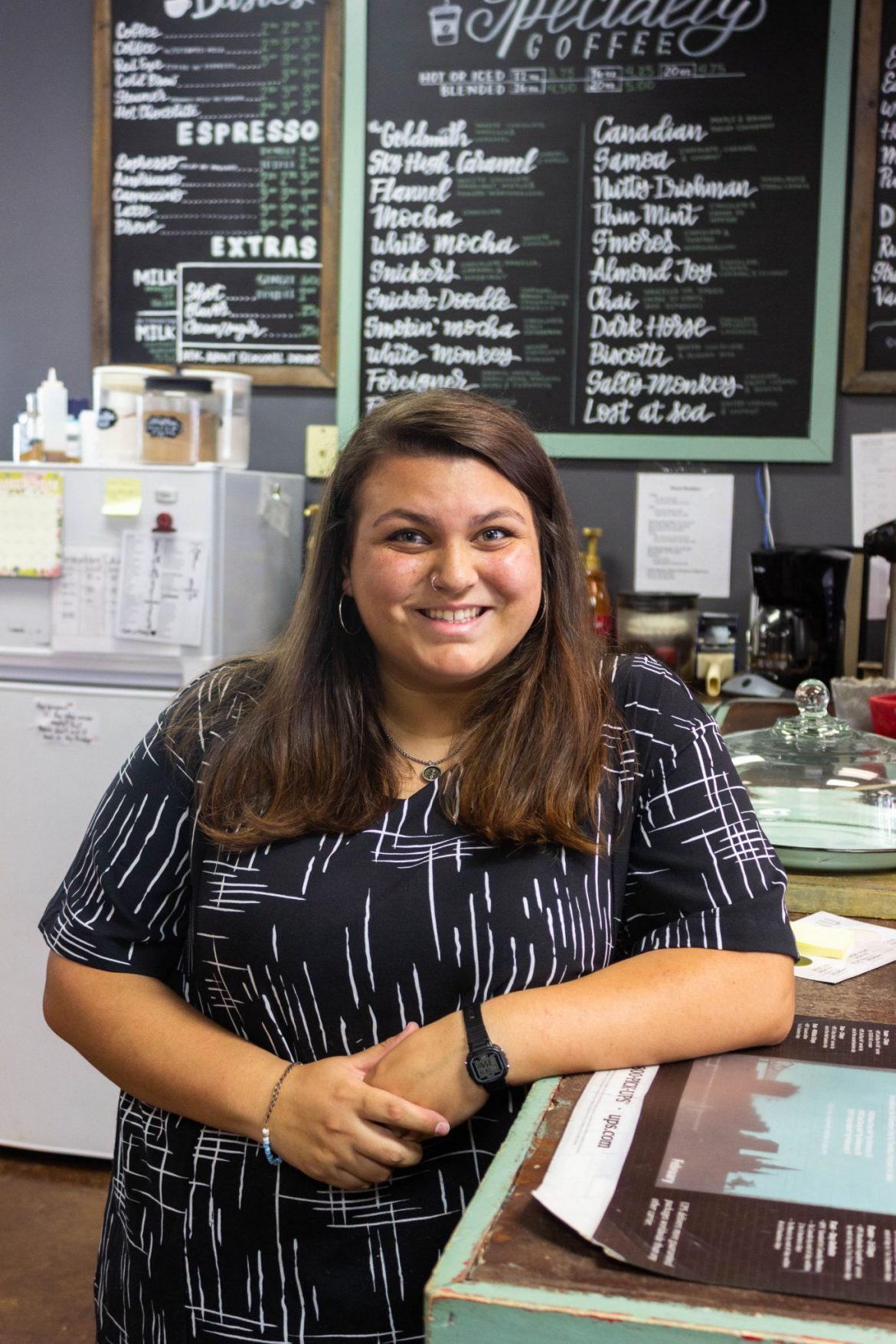 This August, junior Julia Hensley took on the role of manager at Mr. Postman Expresso. Hensley said finding time to fulfill her responsibilities as a student and employee could be difficult, but she appreciated the challenge. | Photo by Ryann Heim

This semester, junior Julia Hensley not only has to manage school work and an officer role in women’s social club Delta Nu. On Aug. 14, Hensley became the manager of Mr. Postman Expresso, where she works just over 20 hours a week.

“They said that junior year is the hardest, which is what I’m learning. But I could not imagine not being at Mr. Postman,” Hensley said. “Everyone works with me here and helps me out so it really is not bad at all. I enjoy it.”

As manager, Hensley is in charge of the upkeep of the store, managing the stock, helping customers and directing employees. Hensley also serves as the right-hand woman for Mr. Postman owner, Allison Dennison.

“From day one, Julia was enthusiastic about Mr. Postman and serving others,” Dennison said. “She has also been in charge of our social media for almost two years and is extremely talented.”

From the very beginning of her time at Harding, Hensley said she knew she wanted to work at Mr. Postman.

“I love being here every day. It’s an escape,” Hensley said. “Being here allows me to be out of the Harding bubble. … I get to meet people who are a part of the community.”

Balancing her busy schedule can be overwhelming, but Hensley said she has found ways to make the most of it.

“Luckily, I’m friends with all of the people that work here, so my social life happens here. I can talk and catch up with the girls that work here. … We call each other family,” Hensley said.

When she is not at work, Hensley said she spends her time hanging out with friends while studying, attending Delta Nu events and meetings and making time for Sanctuary on Monday nights. According to Hensley, being busy is how she wants life to be.

“I’m growing up, I have so much responsibility. There is a lot that depends on me doing my job right so it’s nice to constantly be working and to be thinking about what is next,” Hensley said.

Hensley compared her responsibilities at Mr. Postman to getting a new puppy.

“You love that puppy, but you have to potty train it, and it keeps you up all night. It can be stressful, but you would never give up your puppy,” Hensley said.

Despite the stress, Hensley said the community at Mr. Postman is special and makes the job mean more than just a paycheck. The employees consider each other family and work together to make each other’s lives easier.

“The community at Postman has been one of the biggest blessings during my college years … they have become my family,” Hensley said.