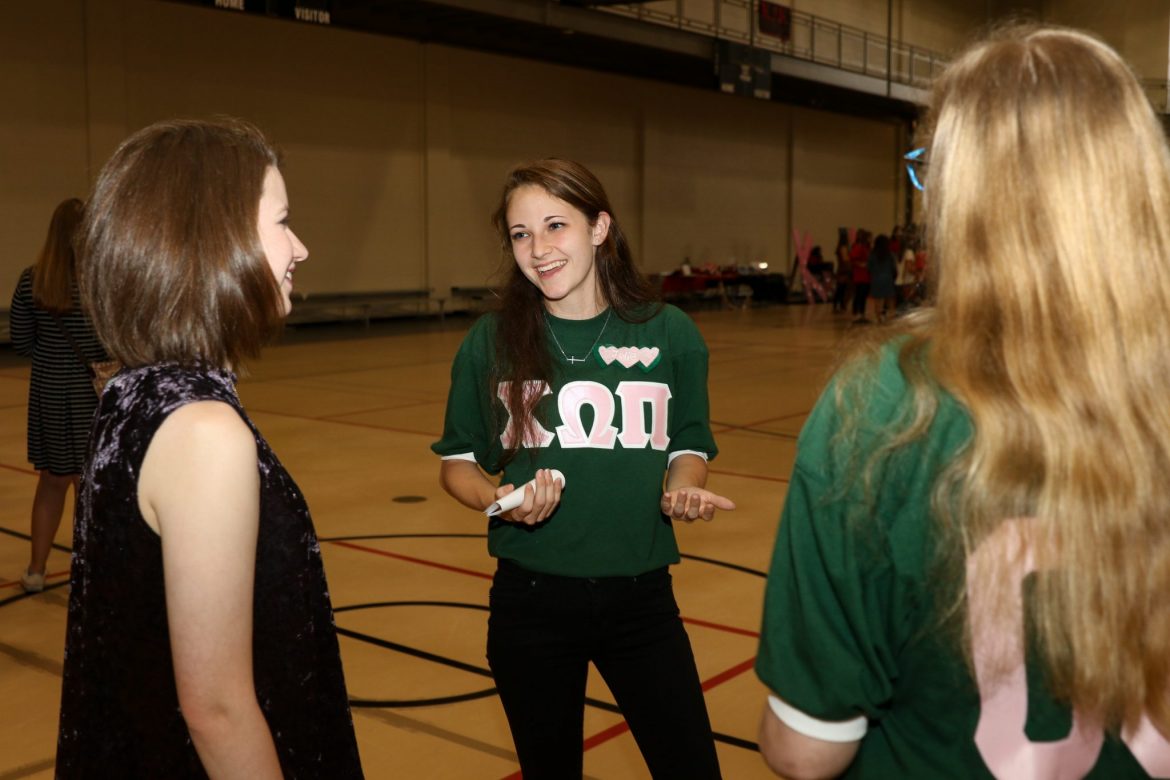 In previous years, Visitation Week offered prospective inductees a one-on-one chance to meet all the members of the club they wished to join. After three receptions, they received an invitation, a list of addresses and instructions to visit each member of the club in the dorm or residence throughout the following week. This year, new members will find an invitation in their email inboxes that instead provides the location of a fourth reception.

Concerns over time for new and old members alike, from both members and sponsors, prompted a reconsideration of the process, according to Zach Neal, dean of students.

“I think [the change] protects the time of the older members and the prospective members,” Neal said.

Junior Tyler Alleman, vice president of inductions for men’s social club Lambda Chi Theta, said he loved his visitation experience because he was forced to leave his comfort zone and build relationships with Lambda Chi’s 36 active members. Alleman added, however, that he believes visitation week may have changed because of a skewed perspective on the week by Harding decision-makers.

“I feel like they were afraid of what was happening behind closed doors between old members and new members,” Alleman said. “We’ve never had that problem.”

Neal said “misbehavior” was not a consideration when discussions regarding changes to visitation began, as the administration has always held high expectations for social clubs during visitation.

Kara Abston, assistant dean of students, meets weekly with the Interclub Council (ICC), a committee comprised of social club presidents and vice presidents that serves as a liaison between the Office of Student Life and social clubs. Abston said the spring ICC voted to change Visitation Week last semester after considering multiple perspectives, and she believes the fourth reception is an efficient alternative to Visitation Week.

“It streamlines (inductees’) time,” Abston said. “They are given more time during this fourth round than they’ve had in their first, second or third, and in addition, they will be invited to participate and be a part of the Homecoming tailgate for that specific club.”

Alleman said while Visitation Week did push new and old members for time, the value added outweighed the time spent.

“Speaking pretty much for our entire club, we enjoyed that time, and it was worth it,” Alleman said. “It was a time commitment, but that’s where we really got to know the new members as individuals as opposed to a group.”

Senior Morgan Taylor, vice president of women’s social club Delta Gamma Rho, plans club week activities with other club vice presidents and viewed the loss of visitation as bittersweet. With over 100 active members this semester, Delta Gamma Rho typically inducts a class of 40-50 women. Taylor said she was nervous the fourth reception might resemble speed-dating as members tried to meet everyone, but agreed with Abston and Neal’s proposal that it will likely be more efficient.

Senior Mariah McClellan served as women’s social club Delta Nu’s vice president last year and serves as president this fall. McClellan has participated in Club Week with Visitation Week from both sides: first as a new member, then as an organizer. Throughout her experience, McClellan said the slower, one-on-one pace of Visitation Week offered new members more meaningful relationships with older members, before the chaos of Club Week.

“Visitation was good because you can talk to (new members) as much as you want,” McClellan said. “They are in your own space, so they get to know you more, and by the time they get to Club Week, they have a better handle on who everybody in the club is and what they are like.”

McClellan said while visitation’s new format may save time outside of the club process, it limits the amount of time clubs have to build relationships.
“I don’t think it will provide the same kind of understanding of the members that visitation would have,” McClellan said.

The first round of club receptions will start Sept. 10, and the process will conclude with induction ceremonies on Oct. 21. Club Week is Oct. 22-26.