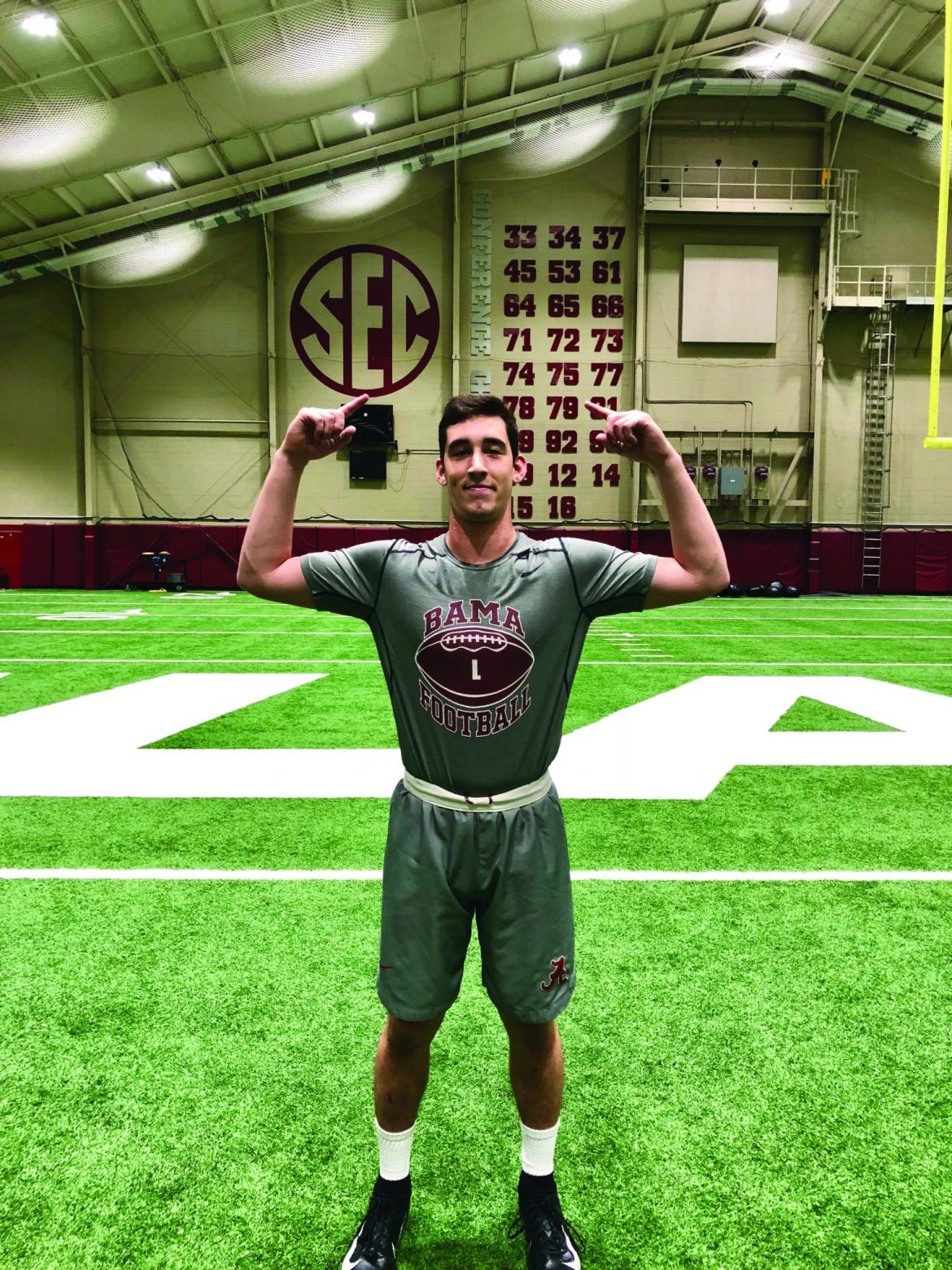 Former Harding track and field runner Stephen Copeland learned last week that his name will be among those included on the University of Alabama football team.

Copeland, a sophomore, came to Harding with the hopes of playing football. In high school, he played quarterback but was forced to step away from the game his senior year after he broke his thumb.

Growing up in Huntsville, Ala., Copeland was a big fan of Alabama, and he said he always dreamed of playing for the Tide, but with his injury, it seemed Copeland would not get the chance to play football anywhere.

After coming to Harding, Copeland went to an open tryout, but was told the Bisons did not have a spot for him on the team. That did not stop him. Copeland decided to try to walk on the track team. The coaches were impressed.

“He told us he didn’t really have any experience running,” former Assistant Track Coach Bryan Phillips said. “But he wanted to give it a try.”

Phillips added that Copeland was not a groundbreaking runner, but his hard work and determination paid off. Copeland made the team, and he ran the 400 meter dash.

“The people and the coaches were great,” Copeland said. “But the season and the races sucked. It just wasn’t something I was passionate about.”

Copeland said he was a middle of the pack runner, but his dream was still to play football, so he transferred closer to home. Once he arrived Copeland took one more crack at fulfilling his dream of playing football at the University of Alabama. He arrived at try-outs, prepared to fight for his spot on the roster.

“We had lots of conditioning. That’s one of the things [the coaches] look for,” Copeland said.

However, because of his time spent running, he was in the best shape of his life for summer workouts. He said he never realized how much his time with Harding would help him in his journey to play football.

On Aug. 30, Copeland received word from his coaches that he had earned a full-time spot on the roster. Now he works as a safety on the scout team, helping the Tide prepare for their next opponents.

“It’s rewarding,” Copeland said. “But you aren’t really recognized. A lot of people don’t see the work that goes in.”

Copeland’s former teammates were among the first to know he had made the team.

“He’s a hard worker, and I really enjoyed him as a teammate and as a friend as well,” senior hurdles runner James Bowie said.

Copeland watched Alabama’s game against the University of Louisville from home. Division I schools are limited to a 65-man travel roster, but Copeland was there to celebrate with the team when they returned.

Still, Copeland feels he has not reached all of his goals. He still hopes to run through the tunnel of Bryant-Denny Stadium.

“It’s gonna be a dream come true. I don’t know how it’s gonna feel, because I have nothing to compare it to,” Copeland said.

That still will not be enough for Copeland, who said he hopes to get on the field before he graduates.

“My goal is to start,” Copeland said. “You’ll never get to where you want to be if you don’t have high goals.”