Home Features ‘Imagining the Immigrant’: A summer in Lebanon 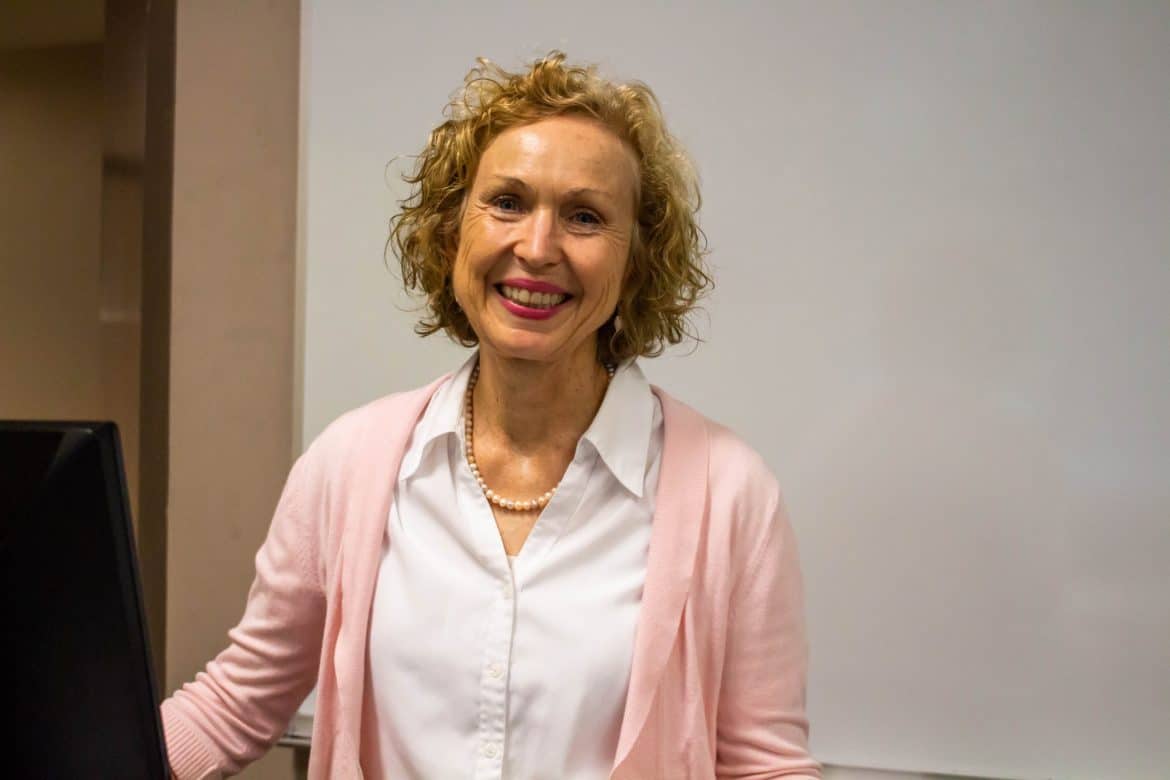 Dr. Kathy Dillion is an associate professor of English who, after teaching a class unit on "Imagining the Immigrant," decided to experience it for herself. Dillion spent the summer among refugee communities in Lebanon. | Photo by Loren Williams

For Dr. Kathy Dillion, associate professor of English, the word “immigrant” hits home. Dillon spent the last three summers working with immigrants in Russia, Germany and, most recently, Lebanon. For the last five or six years, she has taught a unit called “Imagining the Immigrant” in her composition classes. At home and abroad, Dillion continues to challenge her students to perceive “immigrant” in a new light.

Dillion said she was inspired to find a more personal understanding of immigration after teaching from John J. Savant’s article “Imagining the Immigrant: Why legality must give way to humanity.” Savant suggests that “imagination is centripetal, a disciplined contemplation of reality that takes us beneath appearances and into the essence of what we contemplate.”

Because she was teaching on the subject of immigration, Dillion said she decided to take Savant’s words as a personal conviction.

Dillion initially began her research of “imagining” 13 years ago in Egypt, where she made connections with immigrants to the country that she has maintained since. This summer, Dillion travelled to Lebanon to continue expanding her perspective.

“This summer … I was more intentional about what I was doing,” Dillion said. “I did not go with any organization. I just wanted to see what it would be like to live in a house with immigrants.”

In Lebanon, Dillion lived in a small village along with an individual she met on her trip to Egypt years before. Though she had her own area in the village, she lived next to refugee families from Syria and Bangladesh. With the help of their sponsor, the families in the village lived rent-free, but were responsible for maintaining the facilities. Dillion said living within an immigrant community brought her a meaningful realization.

“At the end of the day, week or visit, I still have an American passport and have the ability to go back. They don’t,” Dillion said. “Even though I was living in the same house as them, I still could not even imagine having to think that I do not have any place to go.”

This semester, Dillion plans to continue pushing for conversation regarding refugees and immigration with the help of senior Alicia Maners.

This summer, Maners worked as a summer intern for International Literacy and Development (ILAD) in South St. Louis City and South St. Louis County. Maners said her role was two-fold: to analyze possible job creation strategies that could benefit Arabic and Kurdish-speaking refugee communities, and to share stories of members of those committees. Maners plans to present her findings with ILAD for her senior symposium, with the guidance of Dillion and other professors.

“I’ve learned so many lessons about what it means to welcome people and what it means to be a friend,” Maners said. “Being a poor college student, I have nothing to offer them. I have no money and no miraculous plan to bring them out of poverty. But they welcomed me all the same, simply because I was willing to spend time with them.”

A force to be reckoned with