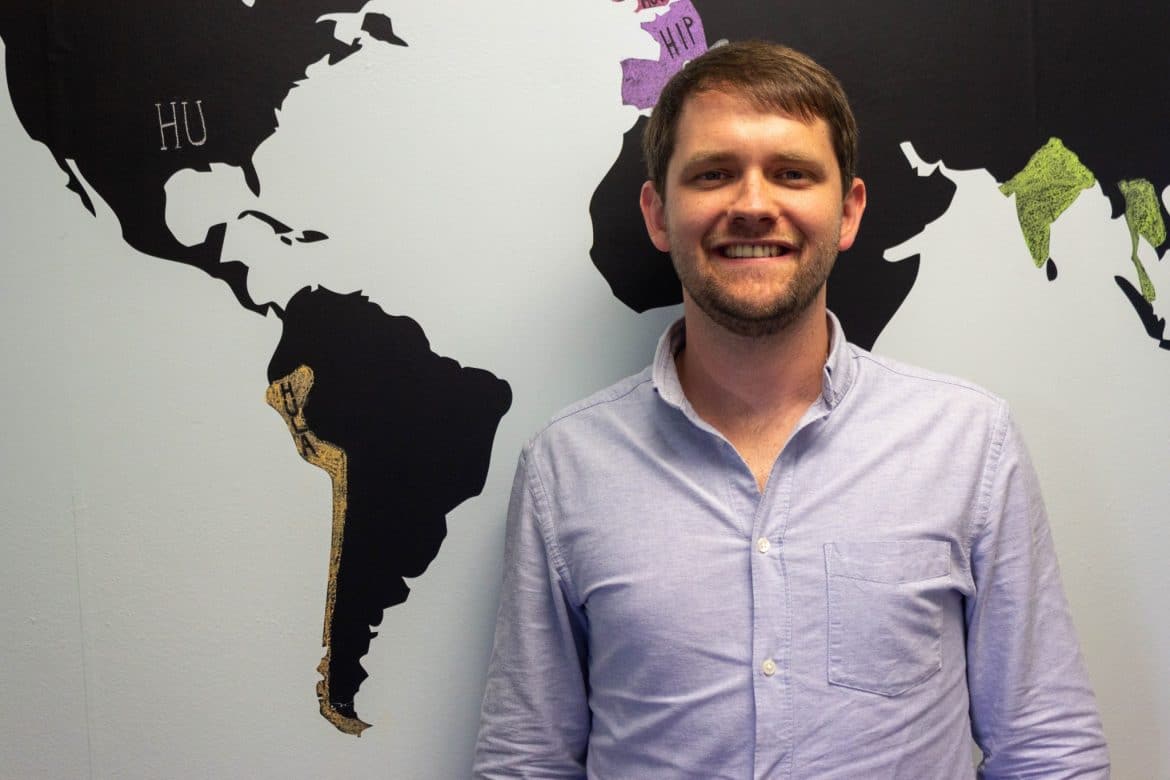 Jeremy Daggett, a Harding alumnus, will take on the role of Harding University in Latin America's (HULA) new director next semester. Daggett has been faculty at two other Harding campuses abroad and has been a missionary in Peru since 2014. | Photo by Ryan Heim

This spring, Harding University in Latin America (HULA) will spend time in a new city under new leadership.

Jeremy Daggett, a well-traveled Harding graduate, will be taking on the role of HULA’s new director.

Dr. Jeffrey Hopper, dean of International Programs, said Daggett has been thoroughly integrated in Harding’s many international programs, is adept at languages and is fully qualified for the position academically.

“When looking for a program director, I look first for a person who is in tune with Harding’s mission,” Hopper said. “A person who will care for the student as a whole person—spiritually, academically, socially, physically and recreationally.”

In previous years, the HULA program has spent most of their time in Viña del Mar, Chile. This year, the program’s time will be split between Viña del Mar and Arequipa, Peru.

Daggett was born and raised in Italy until his family moved to Searcy when he was 8-years-old. At age 12, he traveled to HUF as a faculty member’s child and returned to the program as a student in 2007. In 2014, Daggett and his family moved to Peru to serve as missionaries to small faith communities in Arequipa.

In partnership with the Christian Urban Development Association, Daggett’s ministry in Arequipa focused on health and education development, as well as relationship building in the community. Daggett said he believes the HULA group will have a positive experience in Arequipa because of the existing foundation his family has there.

“One of our goals and one of the things we think we can do well in Arequipa —because of our relationship-based ministry — is get groups of two or three students into our friends’ homes so they can share a meal, hang out and practice language,” Daggett said.

Along with his wife, Katie, their daughter, and a son on the way, Daggett said his family has immersed themselves in the culture and made many friends in their neighborhood by just being good neighbors. He added that they have the opportunity to share their faith with their neighbors on a daily basis.

Daggett recently returned to Harding’s campus to meet the next group of students travelling to Latin America this spring. Before returning to Searcy, Daggett visited the previous director, Tom Hook, in Viña Del Mar and on trips across Latin America. Most recently, he traveled with last semester’s HULA group on their trip to Easter Island.

“Jeremy and Katie know the world and they know Harding super well. It doesn’t make sense for anyone to do it but them,” Wilhelm said.

For more information about HULA, or any of Harding’s other study abroad opportunities, visit www.harding.edu/international.

An Ode to Nancy | Vomiting at the finish line