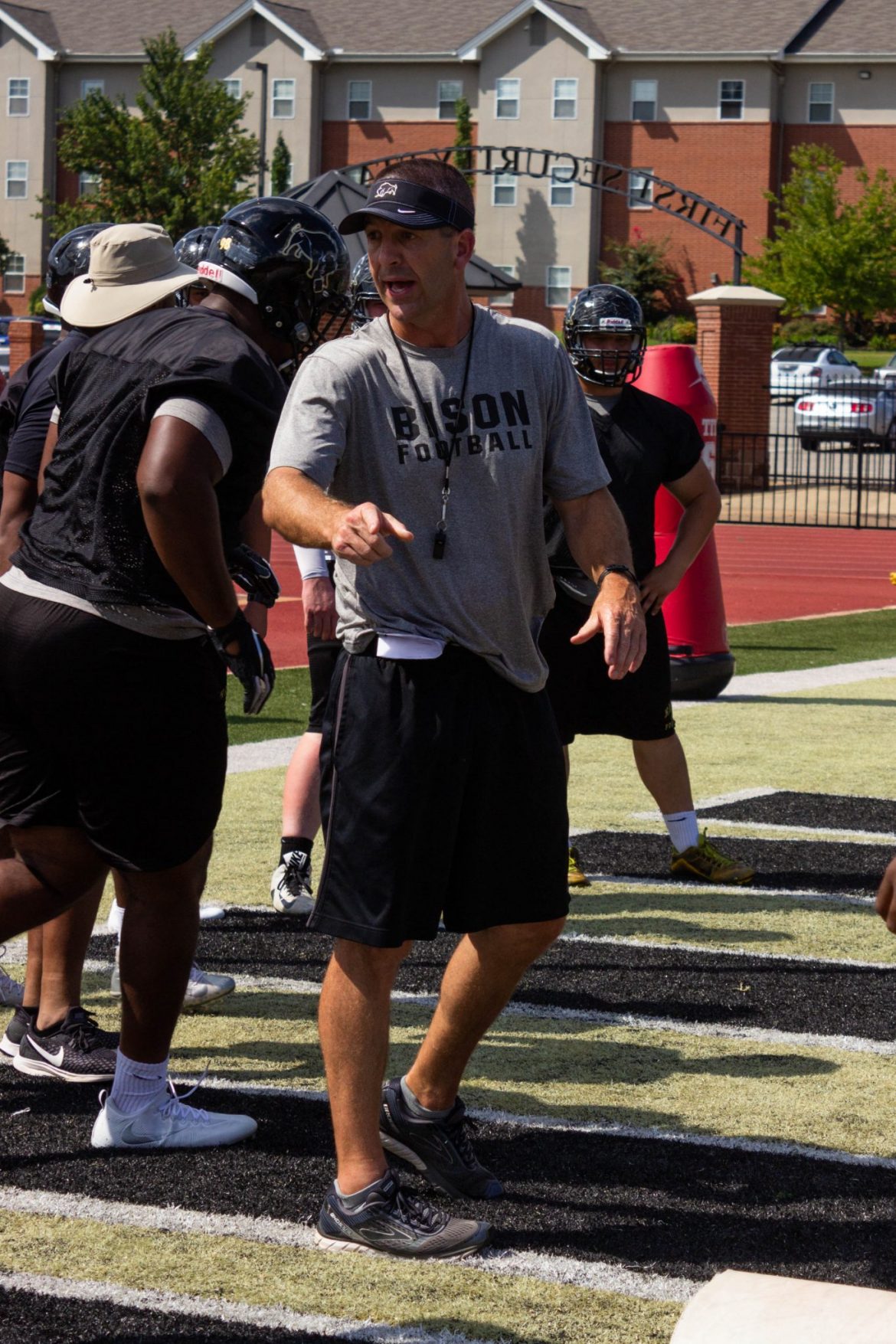 The Harding football program is entering its second season under Head Coach Paul Simmons. With a trip to the NCAA Division II national semifinals last year, expectations for the Bisons are high. However, Coach Simmons does not want to allow past success and preseason hype distract the team from their first game against Henderson State University.

“I’d rather be picked to finish middle of the pack, and then outperform expectations,” Simmons said.

Though last year was a great experience, Simmons said he does not want to get complacent. He hopes the Bisons continue to improve year after year. Last season’s accolades, the postseason success, the 11-game win streak, and the preseason polls–– according to Coach Simmons, none of them help the team get first downs, tackles for loss or points on the scoreboard.

“The bottom line is that matching wins is not the most important thing,” Simmons said. “What really matters to us is that we give our best effort and that we honor God on and off the field.”

This preseason national recognition has put Harding football in a greater spotlight, which gives more exposure to the current players, and it helps with recruiting; however, Simmons wants to make sure their goal does not change. He said the season will be remembered by how the team finishes the year, not by preseason predictions. He hopes to continue building a culture in Harding football that can be summarized by “Code Black”: a staple of the team that originally started as a motto on defense, but has since trickled down to the rest of the team. Code Black is: honor God, brotherhood before self, passionate in all things, accountability, focus, warrior mentality, never panic and finish. Coach Simmons said that it was the belief in “Code Black” that pulled the Bisons out of their 0-3 start last season, and it helped them pull out some wins in games where the odds were stacked against them.

“We won games last year against teams that were more talented than us because of our culture and how much the guys love each other, and that just keeps getting better and better,” Simmons said.

Billy Morgan, the voice of the Harding Sports Network, said the players feed off of the confidence that the coaching staff has in them. He said Coach Simmons is building something special, and that if everything goes right the Bisons should have a successful season.

“Every year you have to have certain things happen,” Morgan said. “You have to be healthy and you have to be lucky. But since the final whistle last season, you could feel the excitement for this year’s campaign.”

The first chance for the student body to see the 2018 Bisons take the field will be Saturday, Sept. 8, at First Security Stadium.