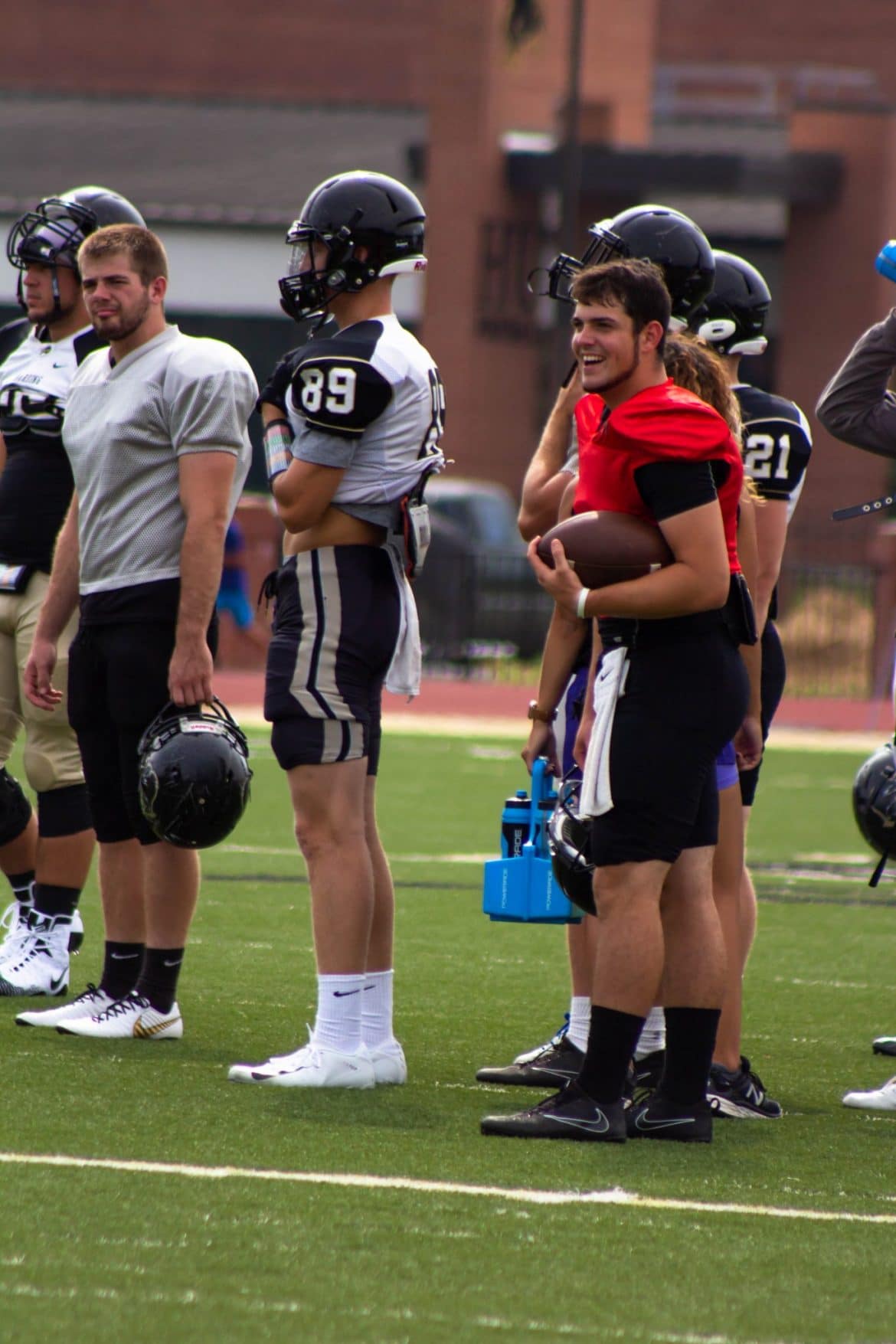 Harding Football enters the 2018 season ranked seventh by the American Football Coaches Association (AFCA). The Bisons were also picked to win the GAC by the conference’s coaches.
This is the highest the Bisons have ever been ranked in an AFCA preseason poll. In 2015, the Bisons started the season ranked 21st, and in 2017, they ranked 15th.
Harding finished last season as the sixth-ranked team by the AFCA after losing in the national semifinals to Texas A&M-Commerce. Commerce went on to win the national championship and enters this season ranked number one.

“[Preseason rankings] are great,” Morgan said. “They are a great way to kick off the year. It’s great to gain a lot of energy and momentum for your program.”
Morgan mentioned that in his experience as a coach, he realized that high rankings can add pressure to an already stressful job, but players like sophomore Cole Chancey say they do not talk much about the preseason polls.
“It’s not about where we’re ranked,” sophomore running back Cole Chancey said. “We have the same outlook every week: get better and put it all together on game day.”

The Bisons preseason ranking is 17 spots higher than the next closest GAC member. Ouachita Baptist is the closest conference foe, ranked 24th. As a result, the Bisons were voted the favorite to win the conference. They received first place votes from 10 of 12 GAC coaches.

Harding returns 13 of 22 starters from a year ago. They also bring back six All-GAC players, including senior center Bryce Bray and senior defensive end T.J. Winslow.
The Bisons finished the season a year ago with the best scoring defense (20.3 PPG against) and the best total defense (307.2 YPG against) in the GAC. Senior middle linebacker Sam Blankenship will lead the defense this season after being chosen as a second-team All-American a season ago.
Preseason rankings are not always indicative of a team’s success, but according to Coach Morgan, they can provide a spark for the team and the fans in particular.
“As a university, having that buzz. . . It’s good for the excitement on campus. It’s good for campus life,” Morgan said.
Fans will have the chance to show that buzz when the Bisons play their home opener on Sept. 8 at 6 p.m. in First Security Stadium.

“The Hypnotist” on 13 years of Impact