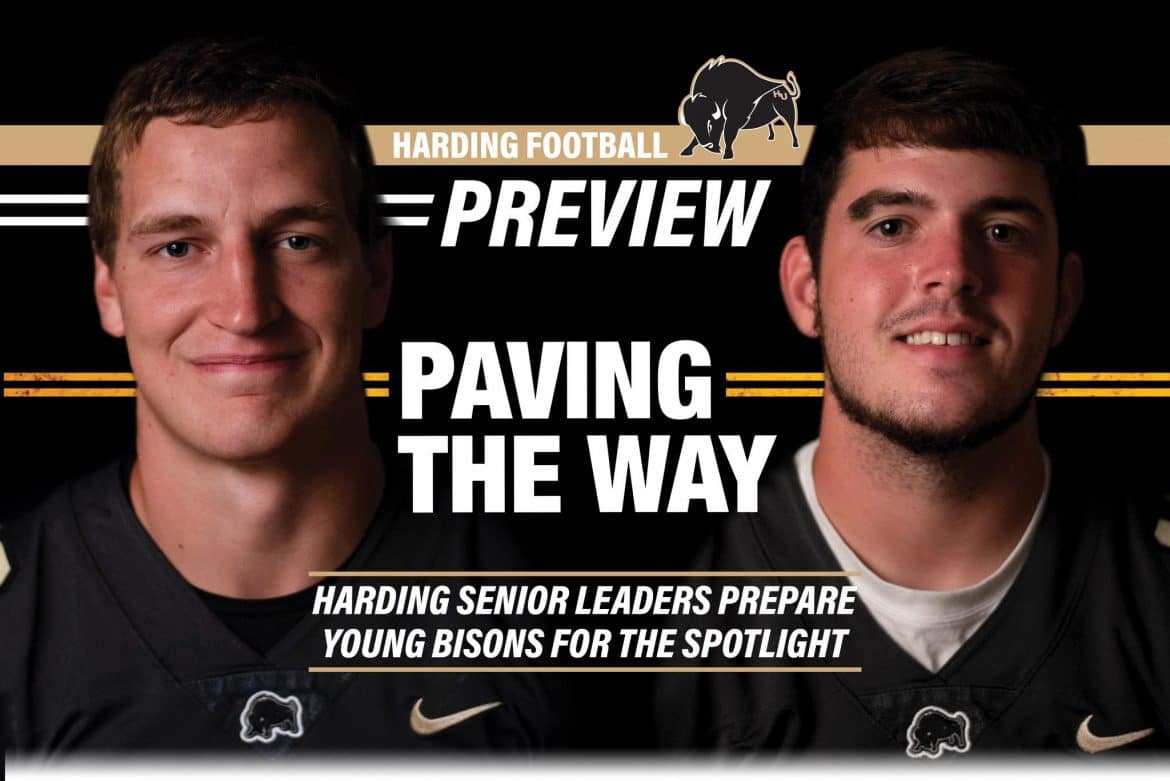 Harding football enters the 2018 season looking to build off of a deep playoff run a year ago. The Bisons finished last year with a record of 11-4 and made the school’s first-ever appearance in the national semifinals.
Sophomore quarterback Preston Paden will lead the offense after spending his Freshman season on the sidelines behind last year’s starter, junior quarterback Terrence Dingle. Paden takes on the job with less experience than the Bisons’ quarterbacks have had in the last two seasons. In 2016, senior quarterback Park Parish led the Bisons into the playoffs, and last season, Dingle took them to the national semifinals.
Parish and Dingle each came into those seasons with previous starting experience at the collegiate level. Parish started in the 2015 season, and Dingle got considerable playing time while Parish dealt with injuries in 2016.
Paden has started only one game, but it came in the biggest game of the year, when he was forced to start in the semifinals after Dingle was suspended.
“There’s not a game that’s too big, I feel like,” Paden said. “Having that one big game under my belt really helps a lot.”
His coaches agree. Chris Hill, Harding’s offensive coordinator and quarterbacks coach, has worked with Paden throughout fall camp to prepare for the season.
“He’s done all the things he needs to to put him in a position to be our starting quarterback,” Hill said.
On the other side of the ball, another player is continuing his role as a quarterback of the defense. Senior middle linebacker Sam Blankenship was named an All-American a season ago. As he prepares to enter his senior year, he sees that a lot about his game has changed.
“I think the biggest thing is the experience I have,” Blankenship said. “There’s a lot of confidence knowing that I’ve been out there before. I’ve played the snaps. I’ve seen everything.”
That includes leading the defense to the semifinals a year ago. But, while he has assumed the role of leader, Sam says he remembers the day when he first stepped foot on campus.
“When I was a freshman I came in wide-eyed, looking at the leaders, and now, obviously, I’m that guy that everyone is looking to,” Blankenship said.
Paden has certainly been watching Blankenship, both across the line of scrimmage and off the field.
“Guys like [senior center] Brice Bray, the Pledger twins, Sam [Blankenship] . . . guys like that really just pave the way for us younger guys to know how to act and how to play,” Paden said.
Blankenship is also looking across the field at his new opponent each day in practice.
“Preston’s been killing it,” he said. “He’s obviously a new face, but he’s been killing it.”
Both Paden and Blankenship will have to use their respective youth and experience if they hope to reach the team’s goals.
“The big overall goal is rings,” Blankenship said. “We’re looking at a conference championship ring. That’s our first goal, and then obviously a national championship ring.”