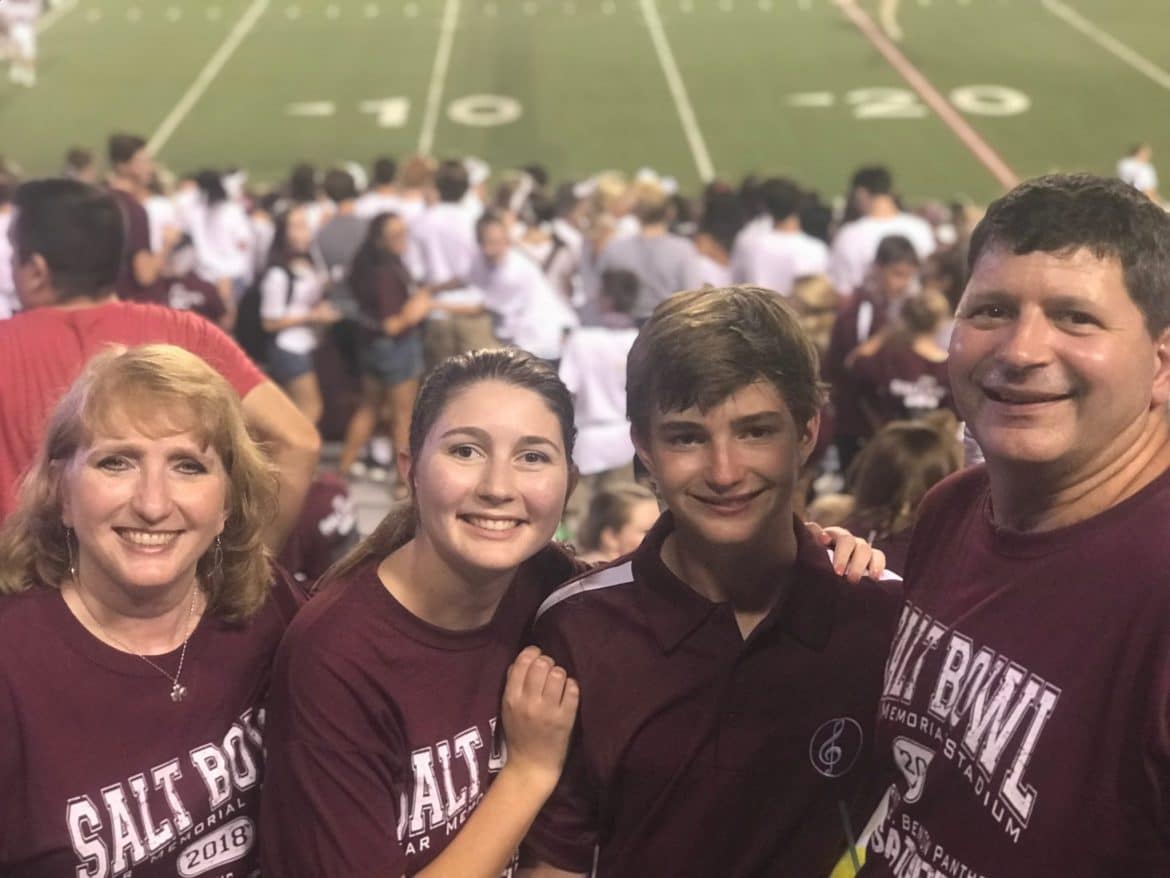 The annual Salt Bowl between Benton High School and Bryant High School held at War Memorial Stadium on Saturday, Aug. 25, was cancelled mid-game when a fight broke out near the stadium around 9 p.m. The fight created sounds like gunshots and caused attendees to flee the scene.
Senior Emory Rockwell, a Benton High School alumna, was present when attendees fled the stadium. Rockwell was at the game because her brother, Oakley Rockwell, a sophomore band member at Benton High School, was supposed to perform at half-time.
“I was sitting at the 50-yard line… but my family was sitting at the twenty-yard line,” Rockwell said. “Then across the stadium and to our right, the far right side, I saw a commotion, and ‘Oh, it looks like a fight,’ and then the entire section of Bryant just scattered… I just saw people on that side run, and then I saw everyone else start running, too… We thought, ‘Well, we better start running, too,’ because someone on our side – we didn’t know what was going on, said there were rumors of a shooter. I just thought, ‘I need to get to my family.’”
Rockwell went to the 20-yard line to look for her family, but they had already left the stadium. Rockwell described being in the “bowl of the stadium,” watching attendees run outside. Someone opened a garage door for people to leave the stadium, which is where Rockwell exited. Rockwell asked several people if she could use their phone to call her mother, until she found a friend and connected with her family.
Sophomore Grant Wood was at the Salt Bowl with his friends. They were sitting at the 50-yard line on the Bryant side and could not see anything happening when the fight broke out. Wood said they could only hear people yelling and screaming, but no gunshots.
“We were right by the tunnel, really close to where it was happening, so our whole section just kind of dove on top of each other,” Wood said. “We didn’t really have anywhere to run, because we were afraid if we got up, we were just going to get shot … I was just laying there, thinking ‘Well this might be it.’”
Both Wood and Rockwell expressed sadness that it was entirely possible that someone could have brought a gun to a high school football game. Rockwell in particular expressed anger.
“I think it’s important to note that even though reports say they were wanding people, they weren’t,” Rockwell said. “Basically people could walk in off the street.”
Rockwell also noted that she saw Bryant cheerleaders wearing Benton helmets. Football players had given their shoulder pads and helmets to the cheerleaders and dancers to help keep them safe.
Wood referenced the Jacksonville shooting, saying, “That was a reality for them; that’s a horrible, horrible feeling, and a horrible thing to go through. I can’t imagine it actually being real, you know, the real thing.”
Fox 16 reported that no shots were ever fired and there was no victim. Fox 16 also reported that the Arkansas State Park Rangers, as well as multiple other forms of security were present at the game. Those responsible for the fight that led to the evacuation of the stadium have not yet been found.