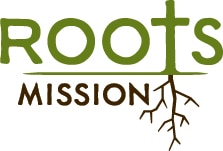 On Thursday, Aug. 30, Student Publications and the Harding Biology Club will be hosting a plant sale in the student center 9 a.m.-3 p.m. All proceeds will benefit Roots Mission.
Roots Mission is a non-profit organization founded to support mission work with the Navajo nation in Arizona. The Reservation is roughly the size of West Virginia and is home to 11 churches and approximately half a million people. It is the largest Native American reservation in the United States.
The goal of Roots Mission is to keep missionaries from having to spend time seeking resources and supporters so that they can spend more time achieving their mission on the Reservation, said Dr. Michael Nicodemus, associate professor of Biology. Nicodemus serves as the adviser for the Biology Club, as well as vice president of the Board of Directors for Roots Mission.
“[Churches] support the work financially but they don’t support the work personally sometimes,” Nicodemus said. “So the idea is for Roots to be part of bridging that gap more.”
Providing emotional support for the missionaries is another focus of Roots Mission, according to Nicodemus.
“There are a lot of people that need encouragement out there because it’s kind of a miserable place in a lot of ways,” Nicodemus said. “Higher rates of suicide and assault and unemployment and all kinds of awful things.”
Harding students have the opportunity to get involved with Roots Mission in multiple ways, such as by participating in a short-term mission trip.
Senior Kayley Ross first attended a spring break mission trip to the Navajo Reservation before pursuing her current position as a Roots Mission intern. One of Ross’s responsibilities is coordinating with youth groups or mission groups that want to visit the Reservation.
Many of the churches, like the one located in Kayenta, only have one missionary, so there is great need for the help of mission teams, Ross said.
“He’s the preacher, he’s the song leader –– it’s a one-man show,” Ross said. “So whenever youth groups can come out and do yard work or help with that, it means so much more to them out there because there is such a big need.”
A large part of what Roots does, for the missionaries and as a non-profit, is fundraise. Money raised goes to Roots directly and to help with projects on the Reservation.
“For example, Cory is the missionary in Kayenta. He has a really old car that breaks down all the time,” Ross said. “When you’re driving through the desert to do house visits and stuff, you don’t need that, so right now we’re trying to raise money to get him a truck.”
People can also help Roots and the missionaries on the Reservation by sending letters of encouragement or care packages, Nicodemus said. Roots also accepts interns for a variety of areas of their work, such as missions, marketing, education and health sciences, for students looking to be involved.
To learn more about how to be involved with Roots Mission and the missionaries they support, contact Dr. Michael Nicodemus at mnicodemus@harding.edu or Kayley Ross at kross5@harding.edu, or visit their website rootsmission.org.