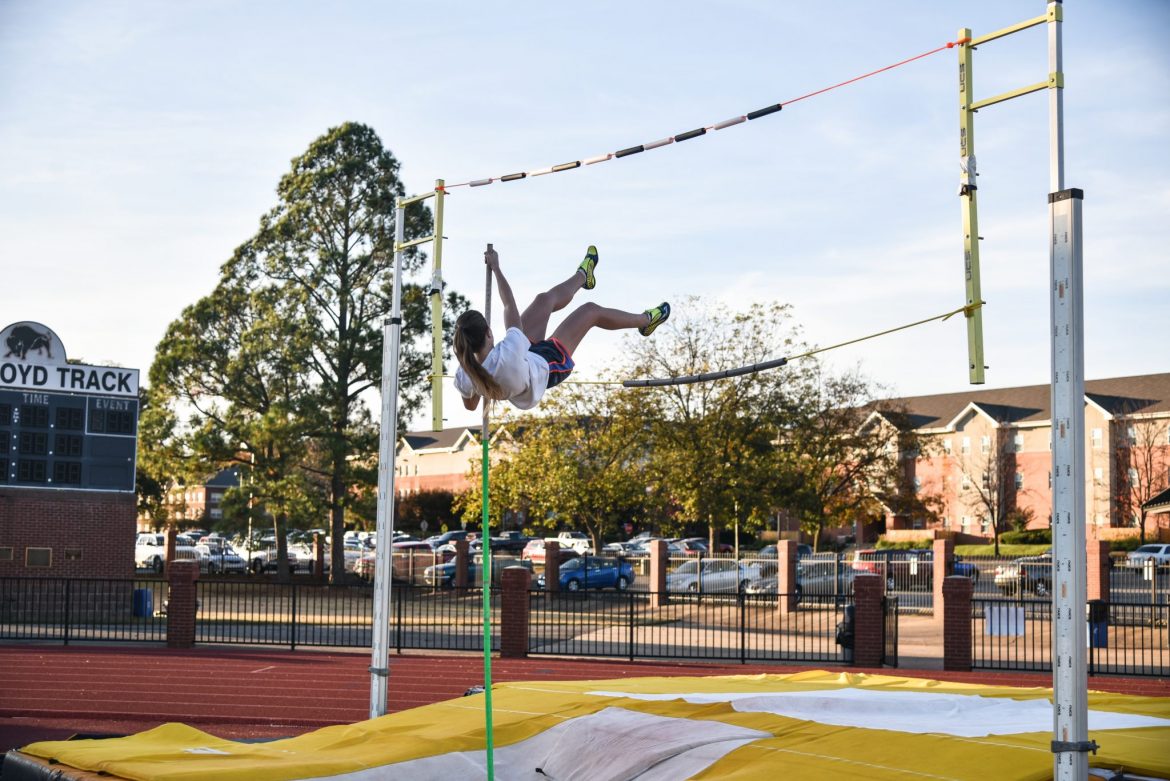 Harding women’s track team will have their first indoor competition of the season with the State Kickoff Classic at 10 a.m. on Sunday, Dec. 3, at Arkansas State University in Jonesboro, Arkansas.

“My expectations for this season is to break the school record in hammer and weight,” thrower Ariel Syrotchen said. “On Dec., 3, I will do shot and weight. It has been a good preseason with Josh Syrotchen being our coach. We have done a lot more Olympic lifting which has helped me a lot in my throws, getting strong and my overall athletic ability. I have been on the track team for three years and it has been great being part of a team that even know we do our individual events we have to work as a team.” Syrotchen said.

The team will have three invitationals and one classic meet until March. Outdoor season lasts from March to May.

“Our sport is continuing; something is going on all the time. Last two seasons we won conference title two years in a row. We are a young team, and we are growing progressively. There were lots of freshmen last year, and we have about 10 or 12 very talented athletes this year. I believe this year we will be a better team because we have couple of really good athletes in every event,” Steve Guymon, head cross country and track coach, said.

According to Guymon, one of the main goals this season for the team is to win a conference title.

“Southern Arkansas is a challenge for us, they are a very good team. This year we have especially good females who are good enough for national championship,” Guymon said.

“I feel prepared for this season, but there is room for improvement, and I expect to improve through my next couple years at Harding,” Szarzynska said. “It is my second year on the team, but this is my first-year racing because last year I was a red shirt. The team is incredible and I enjoy working out and running with them. They are so supportive and challenge me to improve my time and always work hard, on and off the track.”