Home Columns It’s All About the Process 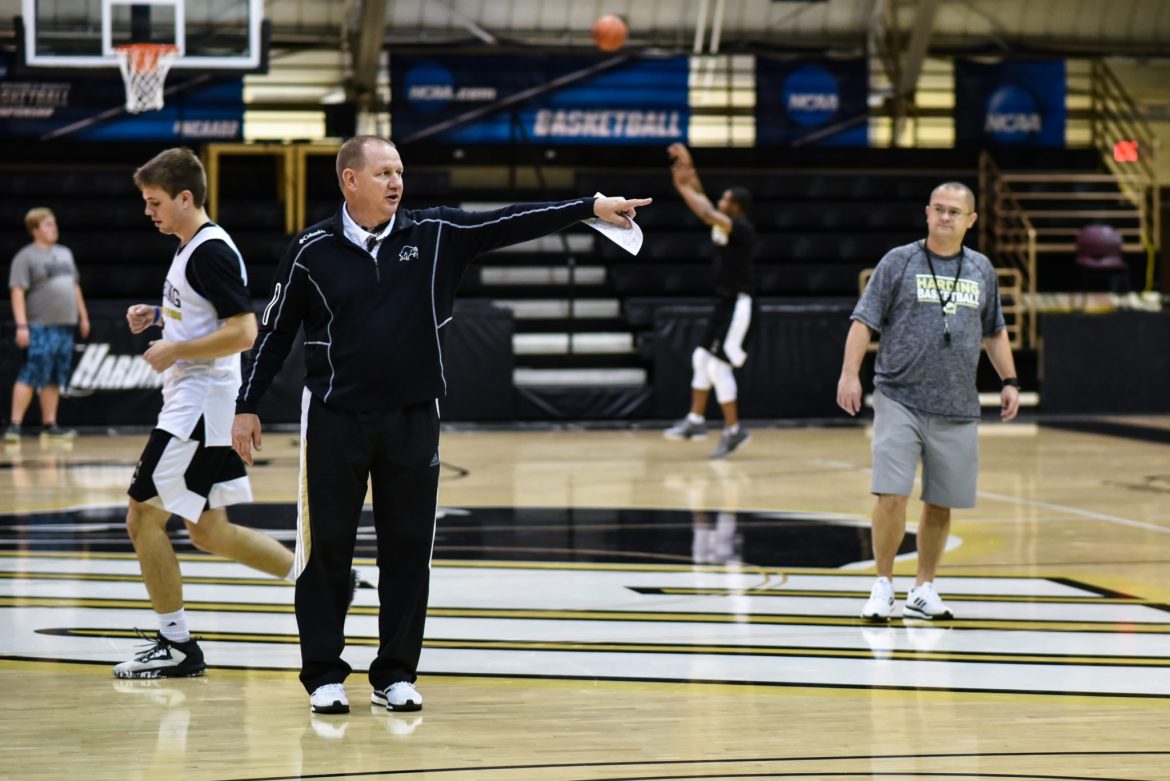 As basketball season is kicking off, head coach Jeff Morgan already has his hands full. But Morgan said would not have it any other way. Morgan was named the new athletic director Nov. 10 to replace Greg Harnden, who is retiring after, 21 years as athletic director 31 years at Harding.

Morgan is no stranger to multitasking. He has been the compliance coordinator for 12 years, and is in his 25th season of coaching at Harding.

One key phrase that Morgan uses when talking about this career role and the basketball team on the court is, “it’s all about the process.”

“I’m looking forward to the process of seeing each day if we are growing in a positive direction regardless to the circumstances,” Morgan said. “That’s a daily process. We need to ask, ‘what can we do today to be a better teammate and a better player?’”

Senior guard Reggie Anthony has played under Morgan for several years throughout his college career.

“He’s been a father figure; he’s shown me what a man is supposed to be like,” Anthony said. “He’s definitely been a role model. He will be a great athletic director because he really does care about the athletes. He will always have an open door.”

“The process” is Morgan’s favorite aspect of coaching and athletics, but it extends well after these athletes leave Harding. Where athletes end up and what they are doing post graduation is just as meaningful to Morgan.

“The most rewarding aspect about coaching is getting to see them (the athletes) even after they’ve left Harding ¾ seeing what they are up to now,” Morgan said. “To see them being successful in their jobs, in coaching or in their communities and churches, that’s one thing about coaching that is so fun.”

The athletic director is an authority figure that represents the university as a whole and both Harnden in his time here and Morgan have been highly respected. Their years of experience speak for themselves.

“Harnden has been a great friend and a great mentor to so many of us coaches just being there during the hard times and celebrating the good times,” Morgan said. “He’s been a great person to go to and being able to bounce ideas off of him.”

Harnden simultaneously coached and fulfilled the athletic department position for eight years. Harnden and Morgan coached together as the head women’s and head men’s coach, respectively.

“We’ve always been really close, he is like a son or a younger brother to me,” Harnden said. “We got to coach together and also have just stayed (close) all these years. The main similarity between being the athletic director and coaching you know what your fellow coaches are going through. That’s huge, because it makes you sympathetic.”

The transition will be made smoothly and at the end of the day, we will not notice a change in how things run here, according to Harnden. Harding has always had similar values and the athletic department looks to continually uphold those.

“Coach Morgan knows our mission, and he really excels at treating people right,” Harnden said. “He excels at communication, and will bring things to the table that I could never do. He’s the kind of person who is going to take something that is already great and make it even better.”