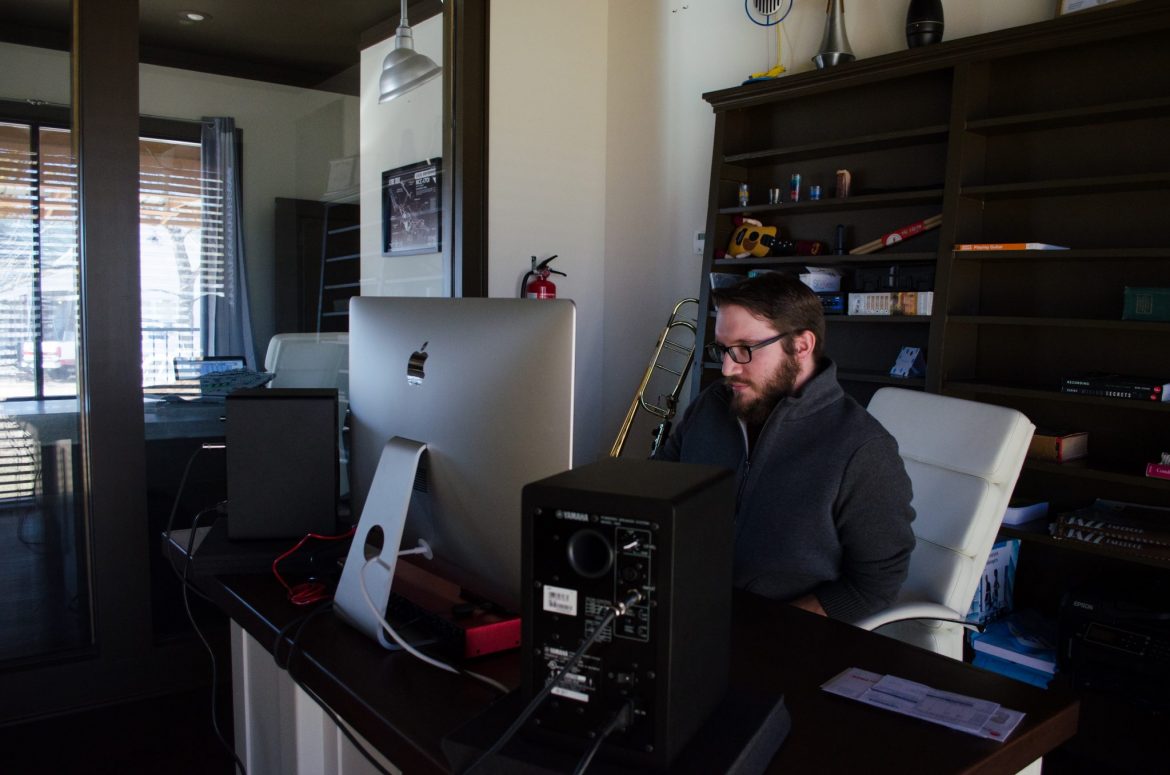 Ben Braswell, alumnus and owner of BCB Studios, created his self-titled service to utilize his knowledge of music and business, as he studies for his MBA.

“I wanted something that was going to be really close to Harding and easily accessible to local residents as well,” Braswell said. “The almost 10 years between graduating Harding and starting this, I worked in customer service and retail, so having a good location and a welcoming atmosphere is just kind of built into me at this point. This place met all that: great location and good atmosphere.”

Nearly two weeks ago, a few Bible graduate students recorded a podcast called “The Four Corners” with BCB Studios. Morgan McGaughy, a student, was asked by her friends to join this discussion-based podcast.

“I had never done any type of professional recordings, so I was nervous, but Ben was really great and super easy to work with,” McGaughey said. “He met with us on a Sunday, which I feel like most people don’t want to work on a Sunday, so that was really nice. It was just one of those times where I never really pictured myself being in a place like this, but there I was.”

Graduate student Grayson Piershale, helped develop the idea of the podcast that was recorded.

“Ben personally impressed me quite a bit just with his attitude and with the level of professionalism that he had where everyone felt very comfortable,” Piershale said. “He was joking around with us just as we were joking around with each other. He was very open to input from us about the direction we had for what we wanted the end podcast to look like. He’s been doing the editing for us as well.”

Braswell is open to recording anything from music to informal messages.

“If anybody wants to record anything at all, I’m not just here for the music majors,” Braswell said. “Local bands, one or two-person singer-songwriters, come on in. My main goal is just to work with local artists and help them be heard, really. And I’ll do that as long as I can.”