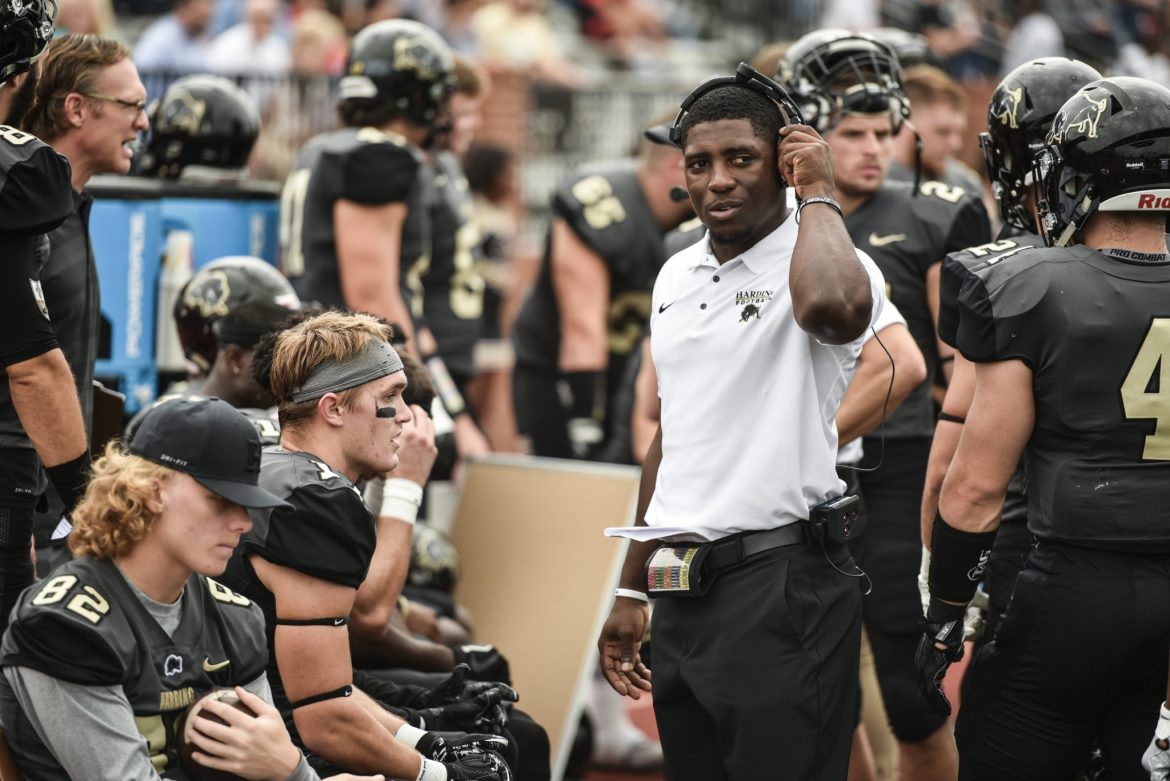 The football team started out 0-3 this season but turned around to a winning streak and secured their place in the playoffs. They won their first playoff game 27-24 on Saturday, Nov. 18 against the University of Indianapolis and are now 10-3 overall.

“The number one thing our team has done this season is fix two things, execution and communication,” Junior defensive lineman T.J. Winslow said. “On the defensive side we weren’t talking on the field and it was causing us to bust the simplest calls.”

The team lost their first game at home 20-28 on Thursday, Aug. 31 against Henderson State University. After two more consecutive losses, they had their first win 45-14 on Saturday, September 23 over Oklahoma Baptist University.

The team continued the winning streak for eight more games.

“Southern Nazarene hasn’t beaten an Arkansas team in many years, especially Harding,” freshman wide receiver Trey McCalip said. “So that third consecutive loss to a team like that really opened our eyes, but that game gave us a spark that led to success.”

The Bisons’ highest scoring win was 42-0 during the Homecoming game against Southwestern Oklahoma State University on Saturday, Oct. 21.

“This game showed us we can win against anyone if we just show up and play our best,” Winslow said. “It basically just confirmed what we knew – that we weren’t going to lose to anyone else in our conference.”

The rushing leaders against Indianapolis were junior quarterback Terrence Dingle with two touchdowns and freshman running back Cole Chancey with one touchdown.

Their defeat against Indianapolis University last Saturday, Nov. 28, 28-24, advanced them to the second round of the NCAA Division Two play offs to play against Ashland University in Ohio. The game will be played on Saturday. Dec. 2, 11:00 a.m. in Big Rapids, MI.