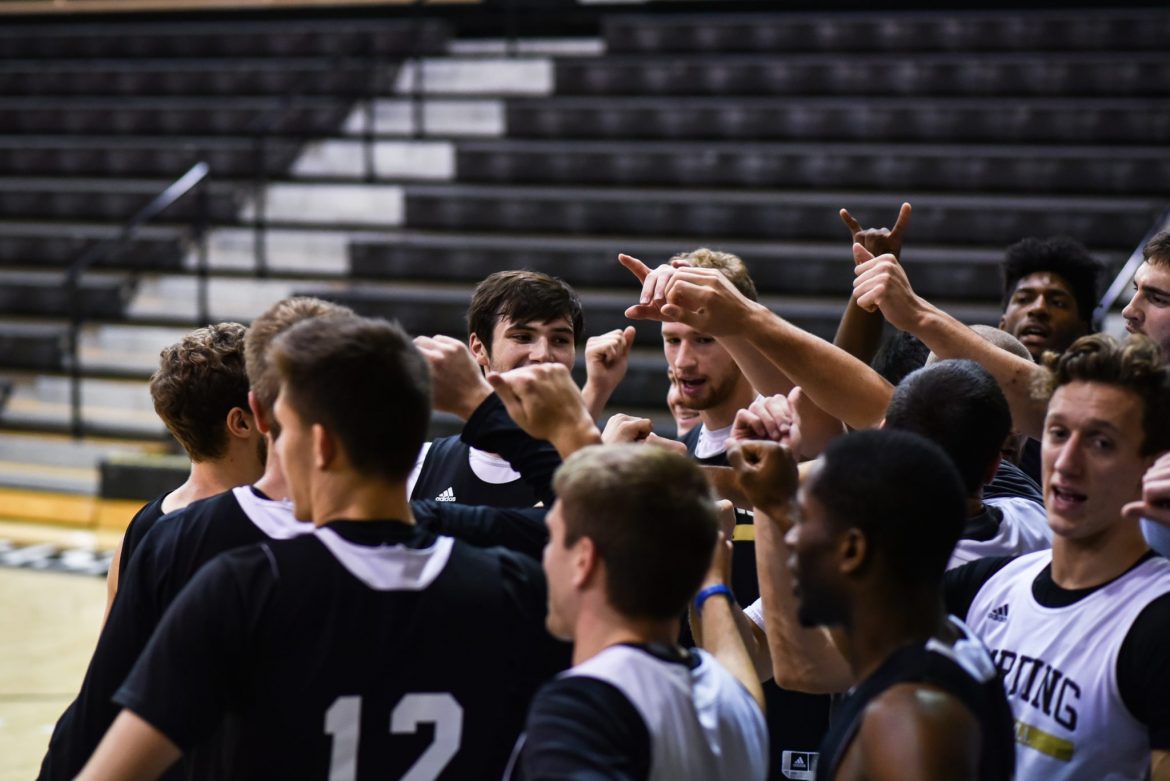 The men’s basketball team had a full schedule on top of a full thanksgiving meal this past week. As students were away, the Bisons took on Southeastern Oklahoma State University, Eastern Central University and Christian Brothers University.

The Bisons suffered close losses but remained hopeful as they work on defensive strategies and team-flow.

The game on Nov. 18 verses East Central was a tough loss of 54-58. The team had a strong start and ending, but finished with a loss due to defensive errors. The team gave up two offensive rebounds and hopes to improve defensively for the upcoming games. Harding will take on East Central again in January.

“We have four new starters and have not had a lot of time to play and find a flow,” Horn said. “Reggie Anthony and Jp Brandon are two players we rely on to start and they were out of practice for the first few weeks. The more we practice with each other the better we are looking.”

Sophomore guard Alex Francis saw a more cooperative team on the court the second half of the game.

“We started to get into a flow,” Francis said. “Our defensive executions then got the best of us in the end and we were just trading baskets and not making key stops.”

After East Central, the Bisons took on Christian Brothers in Memphis, Tennessee, the Tuesday during break. The teams tied each other three times in the second half, but came up short in the end. Harding fell to Christian Brothers 71-79.

The team had a rough start giving up ten offensive rebounds but shot eight 3- pointers throughout the game.

Sophomore forward JP Brandon said the team play hard and didn’t stop until the game was over.

Christian Brothers shot seven 3- pointers in the first half of the game and went into half time with a 39-33 lead.

“Christian Brothers offensive execution was better than we thought it was going to be,” Francis said.

The Bisons plan to have more defensive rebounds, run the floor hard and push the ball for Thursday’s game.

Harding will take on Northwestern Oklahoma State University on Thursday, Nov. 30 at 7:30 p.m. at home.

“Come on out and show some love, show some support.  It’s going to be a barn-burner.” Brandon said.