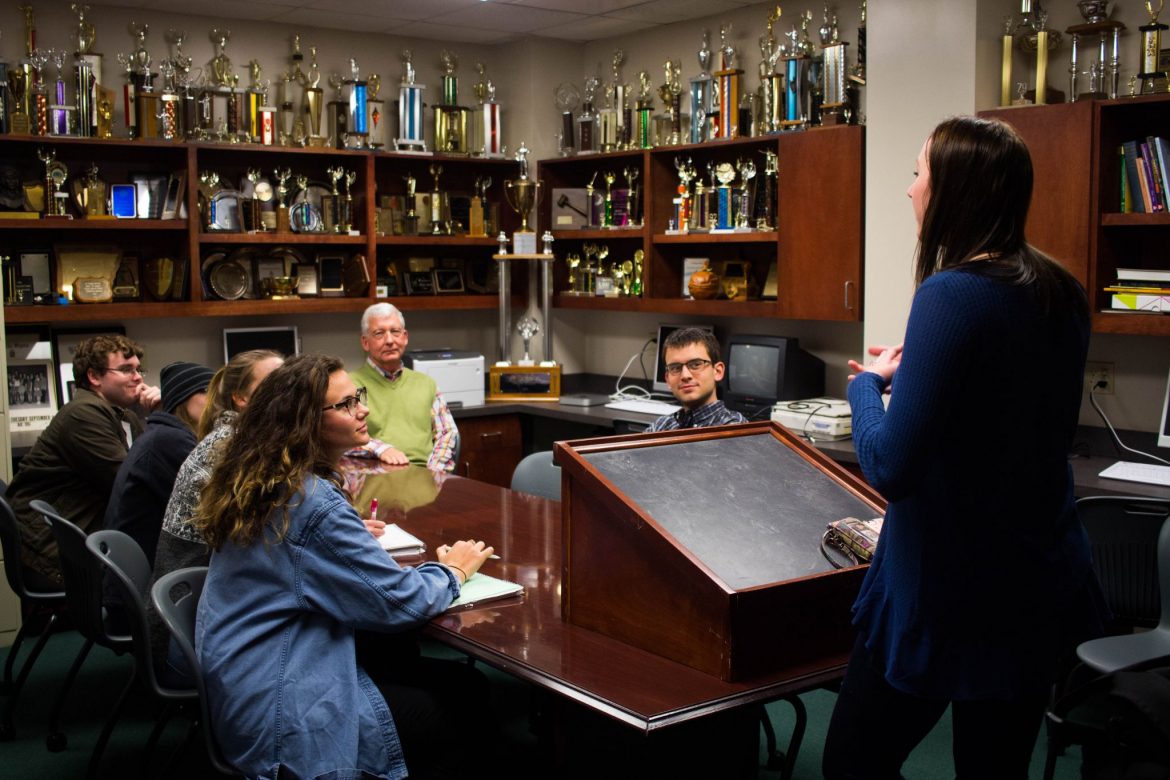 The debate team took home awards in multiple divisions in a tournament at East Texas Baptist University Nov. 10 through Nov. 11.

Junior debate team members Kaycie Alexander, Zachary Rodgers and Jade Toth all traveled to Texas to compete. Alexander won sixth place in the novice division, Toth won quarter finalist in junior varsity and the whole team won an award for having the best win-loss percentage at the tournament. According to speech professor Dr. Patrick Garner, director of forensics and faculty advisor of the Debate Team, students compete in either the novice, junior varsity, or varsity categories based on how much debate experience they have. He said that students typically start out as a novice unless they have had an extensive amount of debate experience in high school. Even though the members debate within their own categories, the team also took home a group award.

“At this last tournament they computed team win-loss records,” Garner said. “Ours happened to be 66 percent overall for our team, which was the highest at the tournament so we got a team award for that.”

The debate team practices every Tuesday and Thursday. Garner says that in practices they simply debate.

“They have a new topic every debate round,” Garner said. “They don’t have a clue what it is going to be.”

Alexander says that there are five categories that resolutions might come from: sports, politics, philosophical, pop culture or random.

“The most helpful thing is keeping up with current events and doing practice rounds,” Alexander said. “Having knowledge in all aspects of current events is very helpful.”

Garner said the debate team usually has about eight to 10 people whereas this year there are only six. He said that while there is no official team recruitment, sometimes during Bison Days he will have students who debated in high school drop by his office to talk about continuing debate when they get to Harding.

Alexander said that she thinks debate team has given her many useful skills for her future. She said debate helps you practice many skills that you may not have the opportunity to practice otherwise.

“Originally I joined as a resume booster because I’m planning on going to law school, so I try and get involved in a lot of campus activities,” Alexander said. “It has taught me so much and given me a lot of skills that will really help me in law school.”