Home Features From Actor to Director, Telling Stories Through Theater 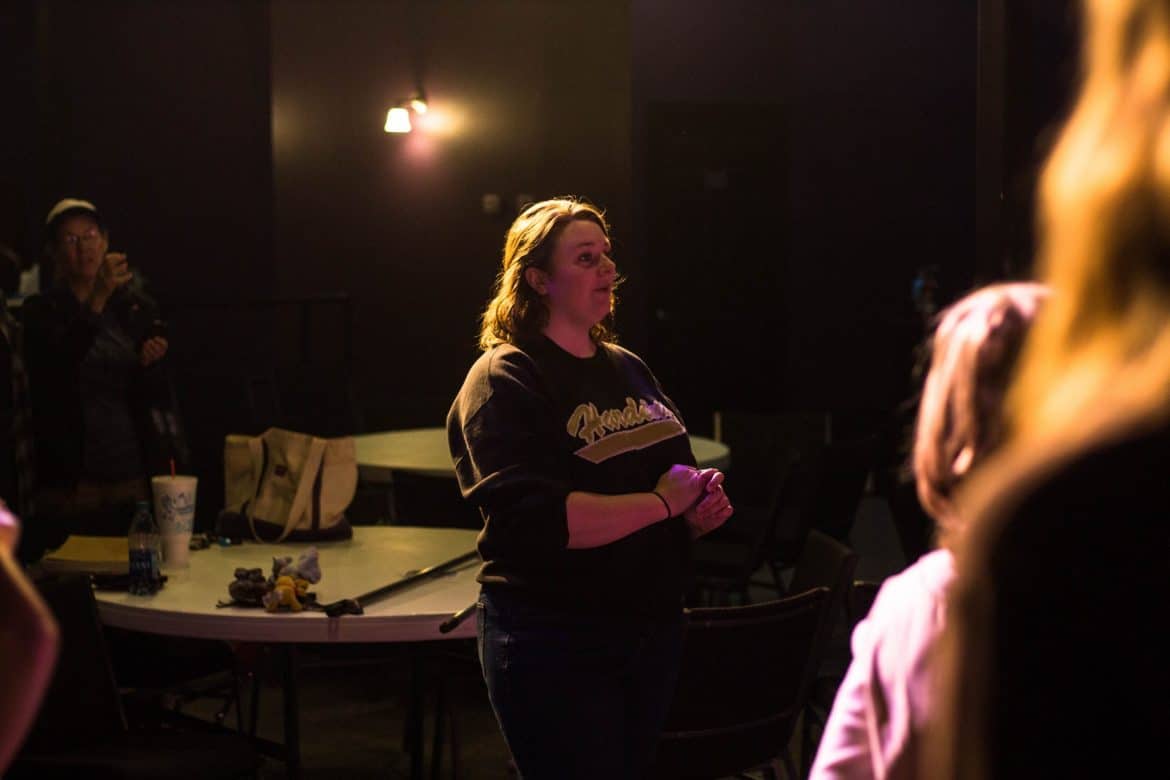 Senior Kara Treadwell started her theater career on stage, but has found her niche in directing. Currently, Treadwell is directing three productions in Searcy with a fourth starting in November.

“For me, I think theater is a mission, and you should walk away viewing your own life,” Treadwell said. “There should be layers. You should consider all the different storylines within the storyline and  think about how you treat people.”

Treadwell said she can trace her love for acting and directing back to shows she put on at home with her siblings. The moment she knew this was her calling, however, was in her senior year of high school during a production of “Freak,” the first show she directed alone. The show provided a message of hope to people with suicidal thoughts and depression, and Treadwell said every English class in her school came to watch it.

“It was the moment when I realized this right here, this inspiration, this coming together as a group and putting together something that changes people’s lives, is something I want to do,” Treadwell said. “It’s one thing to have comedic timing and make an audience laugh. It’s another to do a character so realistically that everyone can take something away from it. That’s something that I love doing — making you see yourself.”

As president of Campus Players, Treadwell is directing the play “Cagebirds,” which will run Nov. 9 through Nov. 11 in the Reynolds Recital Hall. Tickets are $5, and attendees are encouraged to donate to Partners Against Trafficking Humans (PATH).

Treadwell also works with Kids’ Stage at Center on the Square in Searcy. Treadwell said she has directed consistently for the program since her freshman year.

Gabe White, a seventh grader at Harding Academy, has been in multiple shows directed by Treadwell including her current show “Dear Chuck.”

“(Treadwell)  is easy-going. She’s not too strict, which is a good thing,” White said. “But she can be if she needs to be.”

White said Treadwell has given him the freedom to take on the roles of characters completely unlike himself.

“I want to do something more than recite the lines,” White said. “You get to act different and I think memorizing lines helps my brain.”

Wendy Neill, one of the new creative executive directors for Center on the Square, like Treadwell, said she believes in the mission of theater.

Having been an actress at Center on the Square since 2010, Neill said she decided to take on this position because she believes in what it does for the actors.

“I love this theater, and I wanted to see it continue. I love what it does for the kids,” Neill said. “It makes them comfortable in front of people, it helps them express themselves and it helps with self-confidence.”