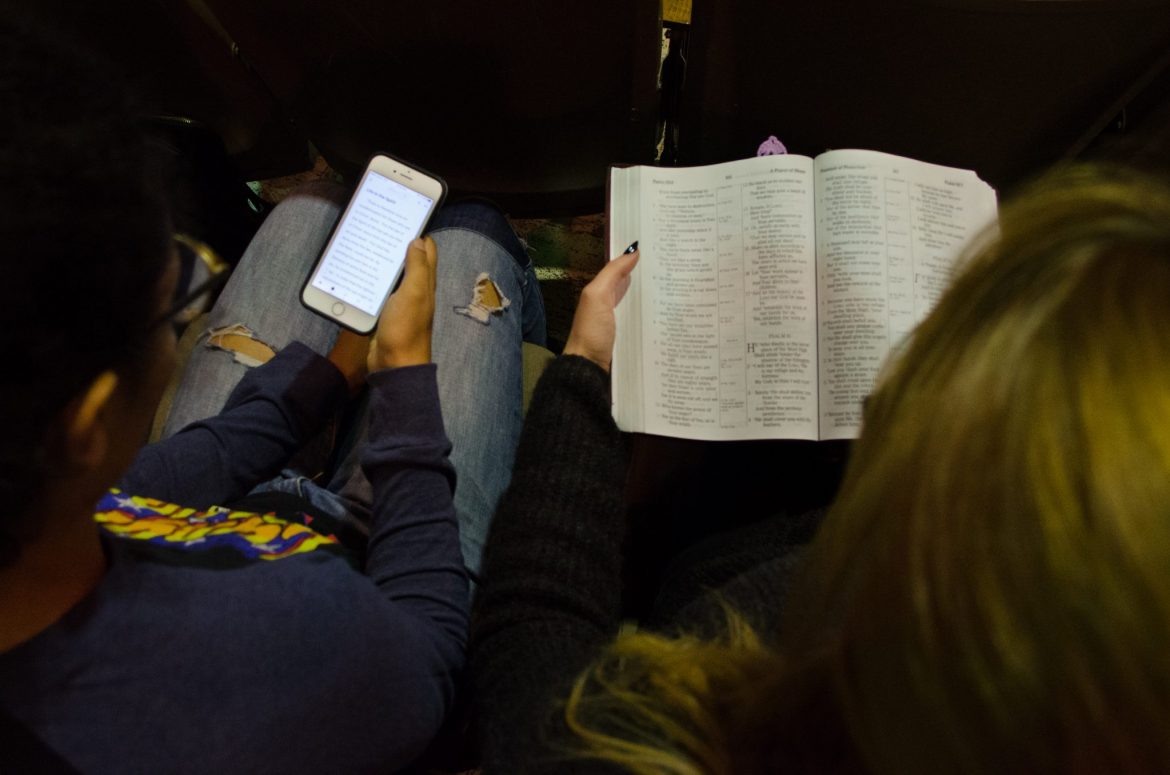 Senior Zachary Snedker grew up an agnostic within a family that was mostly atheist and was unable to find a church home during his first three years at Harding. He described most of his trouble trying to find a church as coming from his frustration with the inconsistency he saw between what Christians said, believed and did.

“I felt very alienated, like I wasn’t accepted in the churches of Christ,” Snedker said. “I was never able to and a place where I felt at home … I grew incredibly tired of the racism and sexism I saw in so many churches, as well as the bigotry toward the LGBT community outside of the church community.”

In a 2017 article by Fox News, they reported that roughly three-quarters of millennials – even those raised in homes that were to some degree “Christian” –– leave that faith after high school. More than 60 percent of millennials who have done just that say that Christianity is “judgmental,” and 64 percent say that the term “anti-gay” best describes most churches today. e problem is not that there are not enough churches pulling millennials in, but rather that there is a disconnect between those churches and the millennial generation.

“You see Jesus hanging out with tax collectors and prostitutes –– the absolute worst people of his time,” Snedker said. “But for some reason, even though we’re told to accept everybody where they are and to help them grow in the church, many of the churches that I’d seen would rather push those people away.”

According to a survey conducted by e Bison, the top three characteristics students seek in a church are a sense of community, an emphasis on Biblical teaching and a loving environment.

Tim Archer, author and preacher at the University Church in Abilene, Texas, gave a presentation at Harding’s 2017 Lectureship. He said millennials have a hard time relating to churches today because of the difference in expectations between generations.

“I don’t think (millennials) come at the Bible and the world in the same way that their parents did,” Archer said. “I think that a lot of millennials have problems with more traditional logic –– they want the Bible to make sense in reference to their experiences … It’s not just about your doctrinal view of justifcation, it’s about what you’re doing for your neighbor.”

Archer said that millennials want to see a church that is willing to listen, is accepting of all people and excited to act on the things they profess.

“I think a lot of them want to be a part of a church that is actually helping people and doing things,” Archer said. “If they don’t find that in a church, they’ll find it somewhere else … they want to see real people who don’t just talk about being Christians but live as Christians … who worship with their lives.”

Snedker expressed a similar desire to see churches that take what they say seriously, and set an example of authenticity for younger people to follow.

“I think a lot of people have felt the same pressures and seen the same injustices I have,” Snedker said. “They’re trying to find a place that does the same things in practice that we see in the Bible as opposed to what’s seen in the churches here.”

According to the Pew Research Center, most millennials have the same beliefs about life after death, the existence of heaven, hell and miracles as older generations today –– yet there is still di culty bridging the gap between generations in the church.

Gentry has worked primarily with millennials in his years as campus minister, and he said that the problem often is not that millennials do not want to be a part of organized religion, but that they do not see a place where they t into organized religion. He also discussed how those in a majority of church leadership positions tend to apply of their beliefs in a completely different way.

“We do what the leadership likes,”Gentry said. “We don’t always reach down and ask, ‘What do you want?’… College students learn more inductively. They say ‘tell me more stories, tell me how this applies to my life’ whereas most of our preaching says something like ‘here’s what the Bible says, here’s how it applies.’”

Gentry also thinks millennials have trouble connecting with churches because they do not know how to bridge the gap themselves, and are often unwilling to figure out how before they leave the church.

“This generation will only be a part of stuff if they know why they’re doing it,” Gentry said. “They want things to be explained to them, why things are important –– ‘why does this have to happen?’”

According to the Pew Research Center, millennials are less likely to be affiliated with the religion of their parents and grandparents because the mindset and practices of the generation before them seem to be disconnected from their own.

This idea inspired Dingus to focus on connecting college students with families in the church with the hope of cultivating relationships that are otherwise difficult to facilitate.

“People want to be known and to know others,” Dingus said. “I’m wanting students at Fellowship to know that they are valued, that we want to know them and that we want them in turn to know the body. I’m seeing that whenever we o er that and people step into it, it’s been really beautiful.”

Archer also said he recognized the need for students to be included in a group of people pursuing a genuine lifestyle of faith.

“The outsiders come and feel like outsiders instead of feeling welcomed,” Archer said. “They’re not finding authenticity –– they’re finding people who talk about Jesus, but they don’t feel like that goes beyond the doors of the church … I think that many (millennials) see a church that seems more focused on what happens Sunday morning and is somewhat unresponsive to the community around them. I think they want to see a church that is accepting of all people, willing to listen to all people and willing to nd a middle ground with all people. I think that’s some of what we have to learn.”

This is the second installment of the “Generation of Change” series. The third will appear in the next edition of The Bison, on stands Nov. 3

Using Stories from the Past to Change the Future