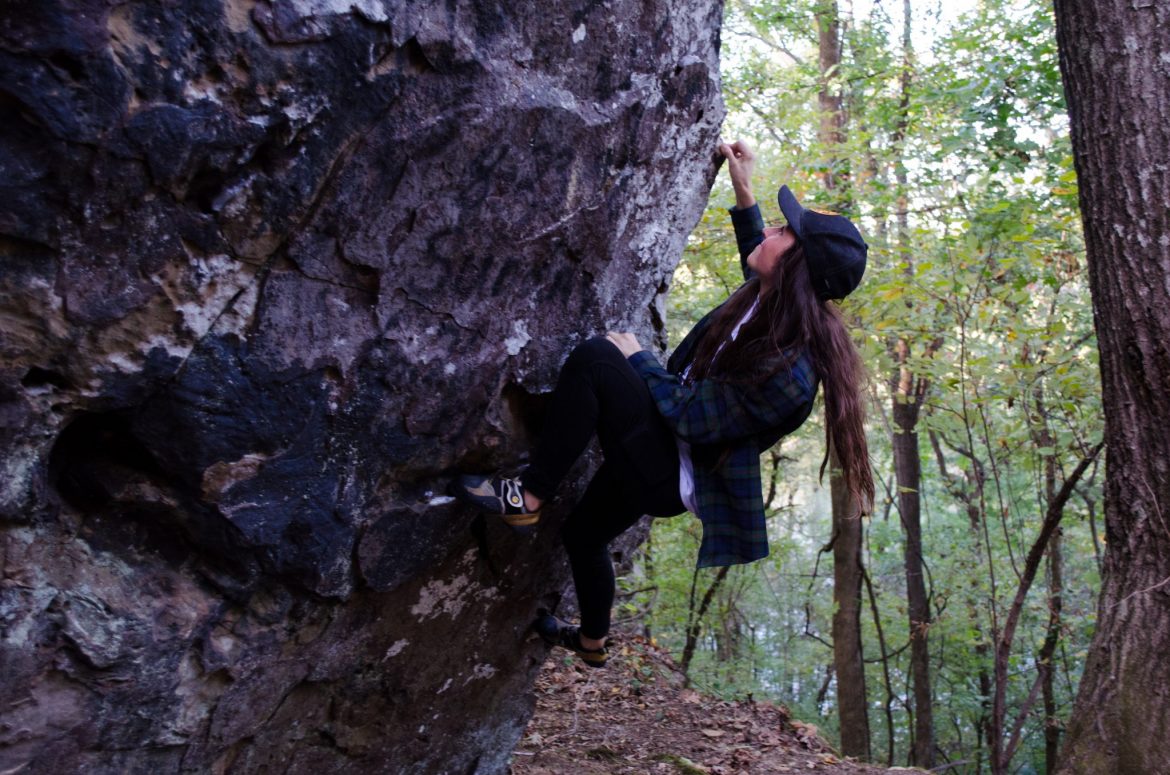 Strother has been competing in rock climbing since her senior year of high school and has continued since. Strother works at a climbing gym back home, and trains and volunteers at the Zion Climbing Center in Searcy. Strother said she loves seeing herself progress in the sport and the community that she

is surrounded by when climbing. “When you start out you just progress really easily,” Strother said. “It’s really hard at the beginning but as you continue you can see yourself getting better each time you come back to the gym.”

Strother said that she trains three times per week and tries to climb outdoors on the weekends. Mack Peters also trains and volunteers at Zion Climbing Center, and expressed that Strother has a great attitude and technique when they climb together.

“Madeline has a good base of flexibility and overall strength, but I really think it’s her attitude toward climbing,” Peters said. “She is always excited to climb and always wants to go out and try hard on something. She’s very thoughtful about her climbing as well, seeking out methods to get stronger but also evaluating her previous performance.”

“I love that in rock climbing there is this huge community within it. at’s how I met Madeline,”Tran said. “She and I have completely di erent friend groups, interests and backgrounds, but because of our love for climbing and the outdoors, we have really bonded.”

Strother is continually working on improving her skills in rock climbing and hopes to win more competitions with the encouragement of the rock climbing community, friends and family.

“What makes Madeline such a great climber is her love for the sport and her unwavering attitude when she climbs,” Tran said. “I’ve watched her set goals for herself and then push herself to achieve them.”