Home Sports Football Through the Jerseys; how Harding has Changed 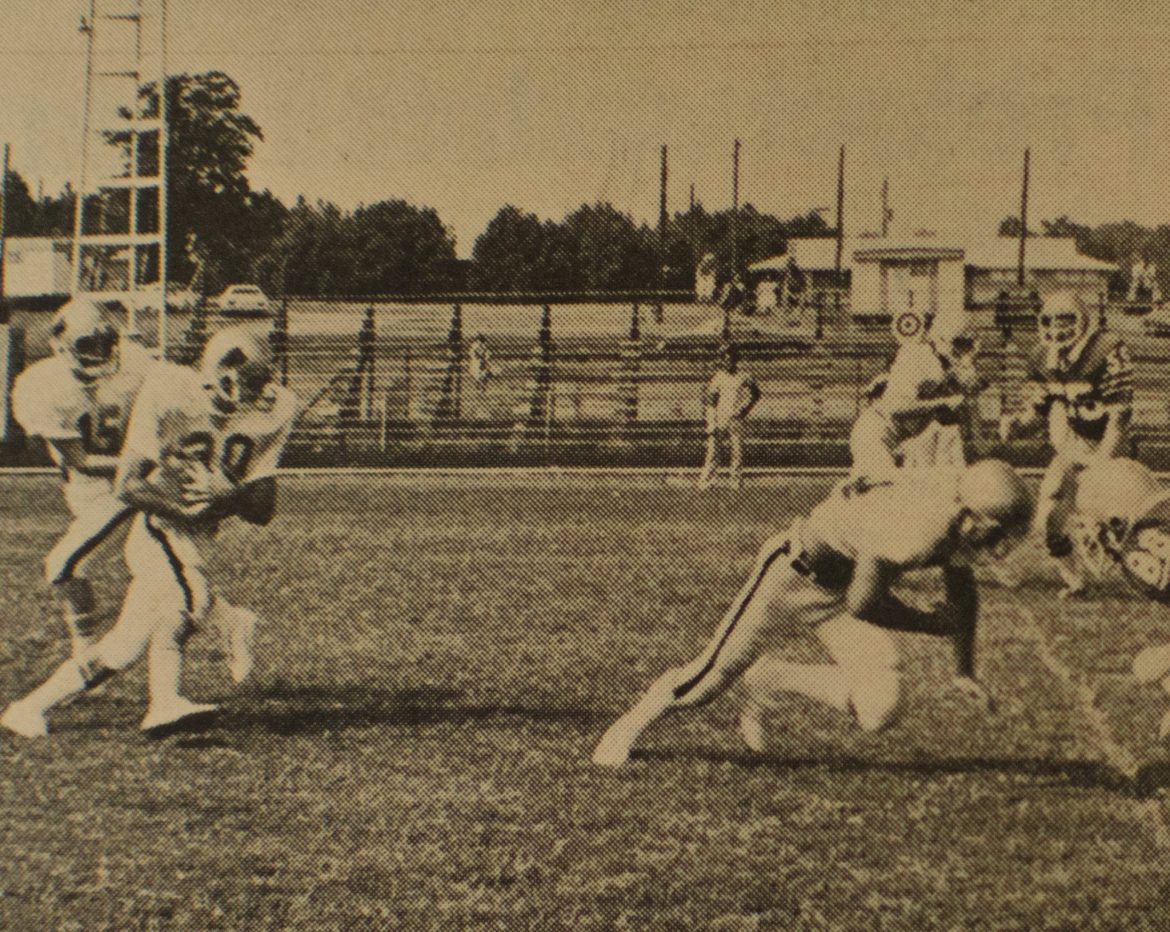 The Bisons football team received new jerseys this year. Jerseys are so much more than just a piece of clothing — ask any player or coach and they will say that they are worn with great respect for the game and for Harding.

Harding football started in 1924 and with that, many uniforms have come and gone. The program took a 28 year break and restarted in 1959.

The older jerseys did not change as much or as often as more modern jerseys. During the 50s and 60s, the only color options were black and white.

“Back when I played in the 70s, the jerseys were very heavy,” former head coach Ronnie Huckeba said. “We didn’t have the lightweight stuff they have today. They were not good for circulating air or conducive to playing your best.”

Huckeba played for the Bisons in the 70s and coached from the 80s through 2016. The 70s and 80s offered more change, bringing in stripes on the sides of the pants.

“There’s an interesting story of our senior year; it involves our pants,” Huckeba said. “We wanted new pants, and our coach said we needed to raise the money because it wasn’t in the budget. We had a concert and charged $2 per person in the Benson Auditorium. They wanted a football player to get up and sing, so I got up there on stage, and we raised enough money to pay for the uniforms. We wore those my last year — they were gold pants and a white jersey. When I played, those meant the most to me.”

The coaches are in charge of getting the uniforms, but players often have a say in what colors or type they want. Huckeba’s story is unique because the football does not do anything like this for uniforms now.

The biggest change in jerseys really came from the 90s to the 2000s, when “Harding” was printed on the jerseys and gold pants were becoming more popular.

Kelvin Martin is a Harding alumnus who played quarterback from 2010 to 2014. Martin says one of his favorite uniforms during his time here was the black jersey with the white sleeve, even though he never got to play in it.

“All of the jerseys and equipment play a large role in helping the confidence of the entire organization. It also plays a large factor into recruitment,” Martin said. “I think you’d be surprised on how many people factor the uniform type into their decision-making of where they’re going to play collegiate football.”

Now, with the addition of the alternative grey uniform, the Bisons have 24 jersey, pant and helmet combinations. The team typically wears the all black combination, all white or all grey. Sometimes, but not often, they will wear the black jersey and gold pants or the white jersey with gold pants. The team also has black and gold helmets.

But even with the numerous uniform combinations they have to offer, Harding football is still focusing on what matters most — the brotherhood.