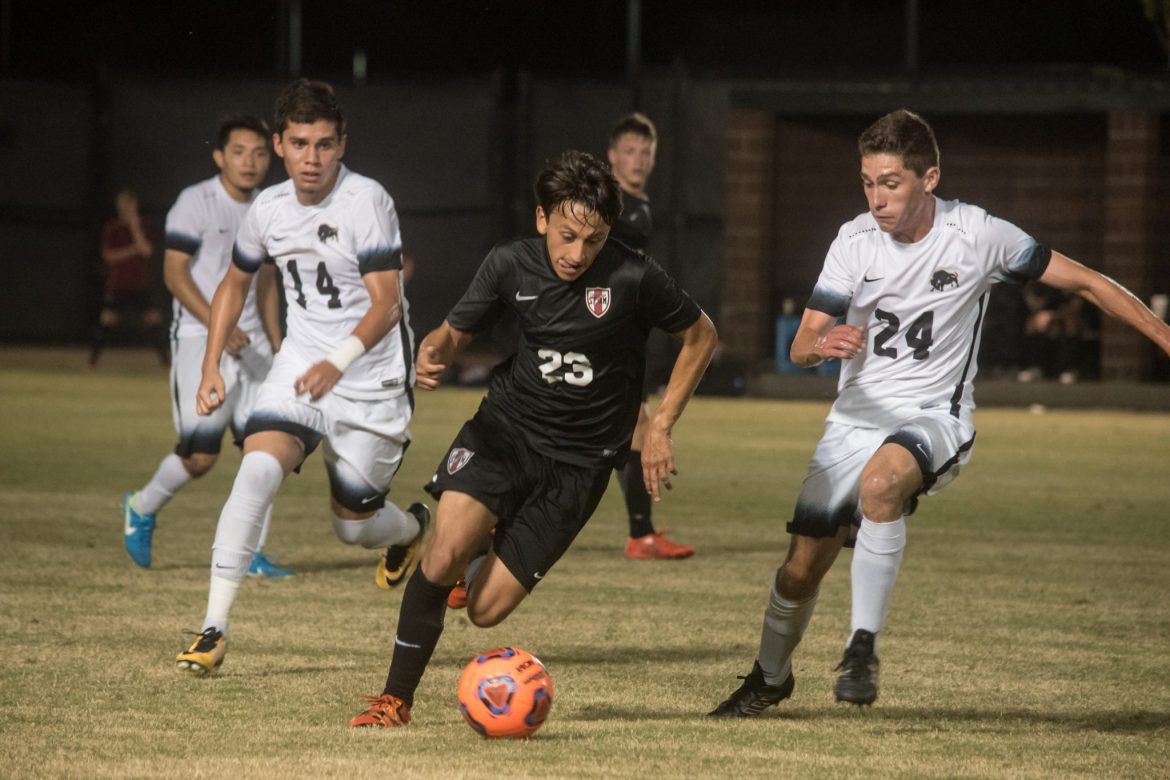 With the Harding Bisons men’s soccer team being ranked No.1 in the Great American Conference (GAC), this team might have the chance to do something that has never been done in Harding history–host the GAC tournament. For head Coach Jon Ireland, who has been head coach for only two years, this possibility means a lot not only for him, but for his team.

“To have a chance to win the tournament in front of your home crowd is really special,” Ireland said. “Our goal is just to take it one day at a time, one game at a time, and focus on the little things – focus on winning each game.”

Ireland also spoke to the importance of not getting caught up in overanalyzing the rest of the season.

“We are not going to spend a lot of time talking with our team about all the scenarios and saying if we win this game, and then this team loses, then that means that we would get to host,” Ireland said. “If we start . . . then they might lose their focus on that each game is equally important.”

Hosting the GAC conference means that the team would finish first in the league, something that is a personal goal for senior Van Thang.

“That would be a dream come true because as a senior, it is my last year playing here, and hosting the tournament would mean everything to me because it would pay off all the hard work that we have been putting into this team,” Thang said. “I have been with this team for four years and hosting the tournament would be really big achievement for us.”

Thang is not the only senior who hopes to host the tournament. Senior Aaron Craig also has the goal of ending his last season with bringing the GAC to Harding.

“Even if we did not win the tournament, just the ability to get to host it and to have all the fans come out and have it at home, and really spread the message that, ‘Hey, this is the new soccer team,” Craig said. “We have built a new program. We won the guys last year, and we can do it again.”

The men’s soccer team’s next game is Oct. 12 against Oklahoma Baptist University in Shawnee, Oklahoma at 7:30 p.m.

The Importance of Discipline